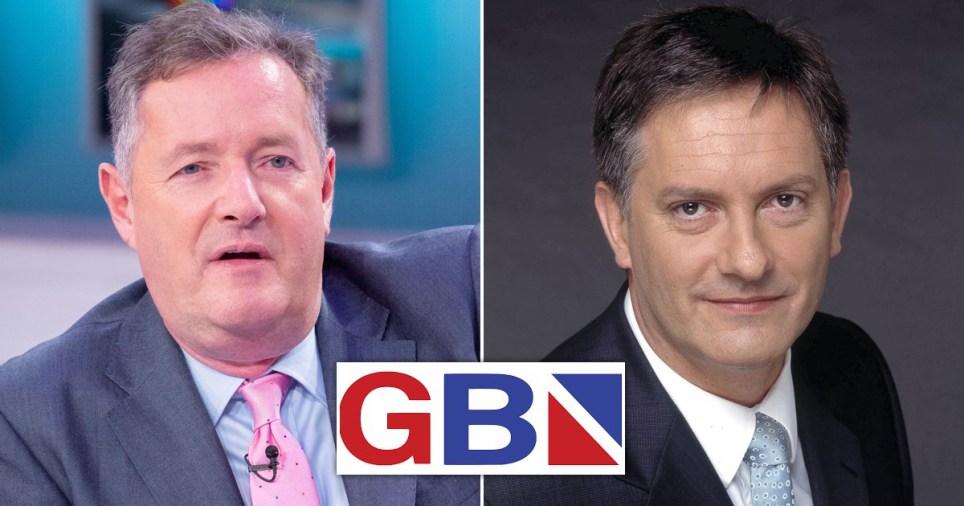 GB News is set to launch within the next few months and it’s already lined up quite a roster of presenters, from Simon McCoy to Alastair Stewart.

It’s expected to be the biggest launch for a news channel since Sky News was launched three decades ago, and will be a mix of news, debate and opinion.

While it’s already faced criticism for being too ‘right-leaning’, GB News has promised to deliver ‘impartial journalism’, with the channel’s director, John McAndrew insisting that it will be ‘free, fair and impartial,’ as well as Ofcom-regulated.

Chairman and former BBC star Andrew Neil has said of the channel: ‘GB News is the most exciting thing to happen in British television news for more than 20 years.

‘We will champion robust, balanced debate and a range of perspectives on the issues that affect everyone in the UK, not just those living in the London area.’ 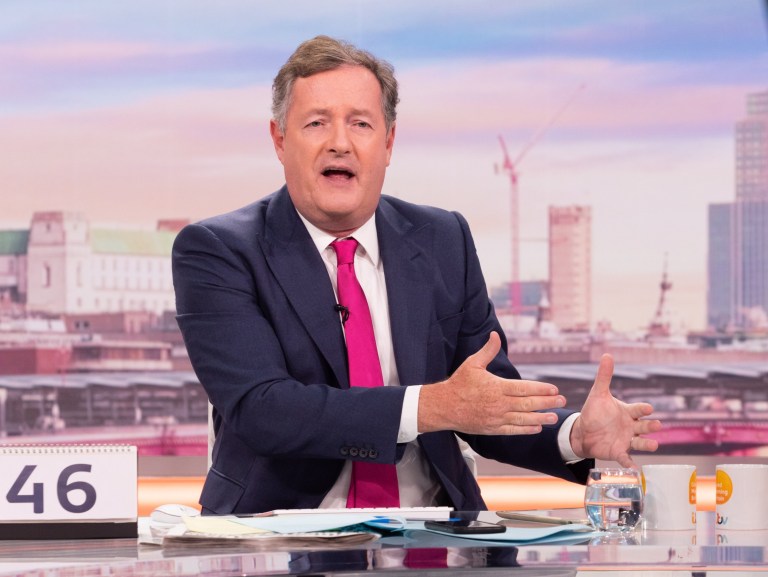 Piers hasn’t been confirmed for the line-up at the moment, but there’s plenty of speculation that he’s headed for GB News after his exit from Good Morning Britain.

In fact, chairman Andrew has made no secret of wanting the journalist and presenter on the team.

‘It’s a real problem now for ITV that they’ve lost him. The programme this morning was much more run of the mill, low key, kind of ordinary, so it’s going to be difficult for them to replace him,’ he recently said.

‘Piers would be a huge asset to GB News and we’ll definitely look at that,’ Andrew said.

‘We haven’t started any negotiations yet but we would certainly be delighted to talk to him if he’s up for it.’

After his sudden departure from GMB, Piers, 56, hasn’t announced his next career move – so watch this space. 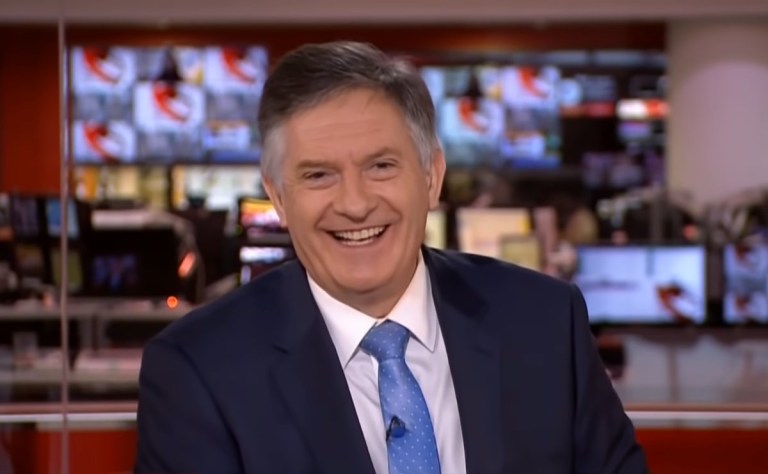 Former BBC News presenter Simon will present an afternoon show on the network.

Simon, 59, shocked fans when he subtly revealed he was leaving BBC News after almost 18 years, by replying to a farewell tweet from a floor manager on the programme.

The same day, it was announced that the broadcaster would be moving to GB News.

Director of News and Programmes, John McAndrew, said: ‘Simon’s journalistic integrity, warmth and personality is a perfect fit for what we’re doing at GB News.

‘He’s a brilliant journalist with an exceptional ability to relate to people in an upbeat way so we’re keen to get him out from behind a desk and talking to people from all parts of the United Kingdom.’ 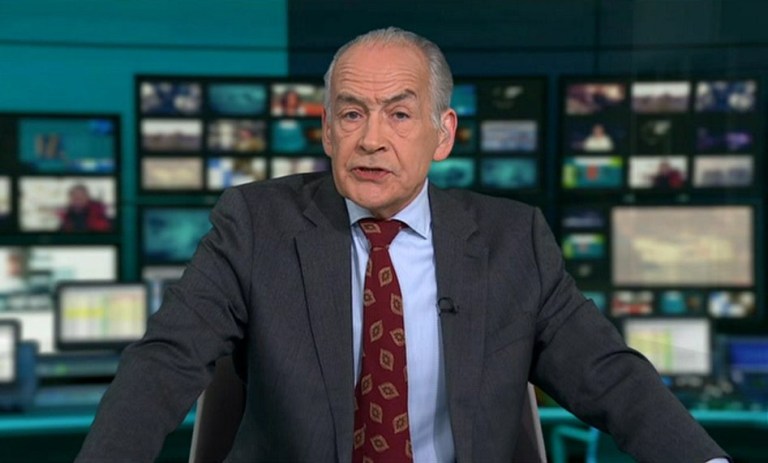 Former ITV News presenter Alastair will be moving to the new channel, with a statement saying that he will ‘anchor GB News in more than one way.’

Alastair, 68, is the longest-serving news anchor in Britain, having covered the news on TV on a local and national scale for almost 45 years.

He is joining GB News shortly after leaving ITV News in January last year, having worked as a newsreader for the broadcaster for over three decades.

‘GB News is a unique opportunity to broaden the spectrum, challenge the groupthink and shift away from predictable agenda in news and debate,’ he said of his new appointment.

‘I can’t wait to get stuck in and tackle issues that really matter to people across the United Kingdom.’ 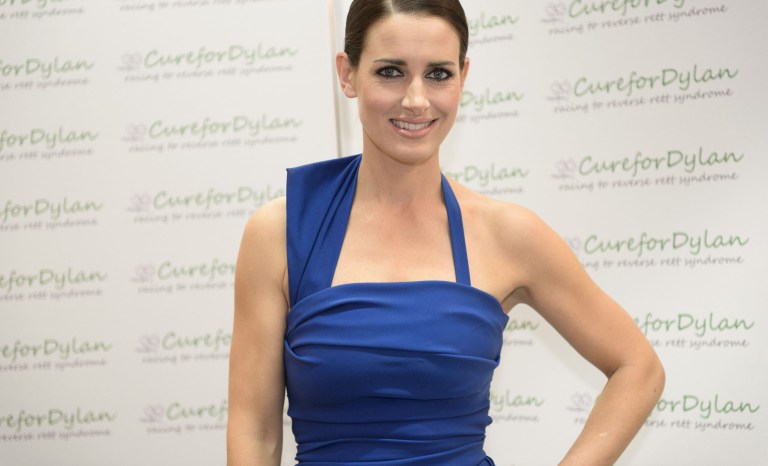 Kirsty will be part of the GB News breakfast team (Picture: Getty Images)

The 45-year-old has become a favourite among sports presenters over the years, also hosting Channel 4’s morning show RI:SE, and recently quitting her job at Soccer Aid, which she hosted for more than a decade.

‘Journalism is my first love and I’m thrilled to be getting back into the heart of it at GB News,’ Kirsty told MailOnline.

‘The channel has an amazing energy and excitement and there’s a real spirit of innovation there. It’ll definitely look and feel different, I think.’

She added that she felt like the channel was ‘making history’. 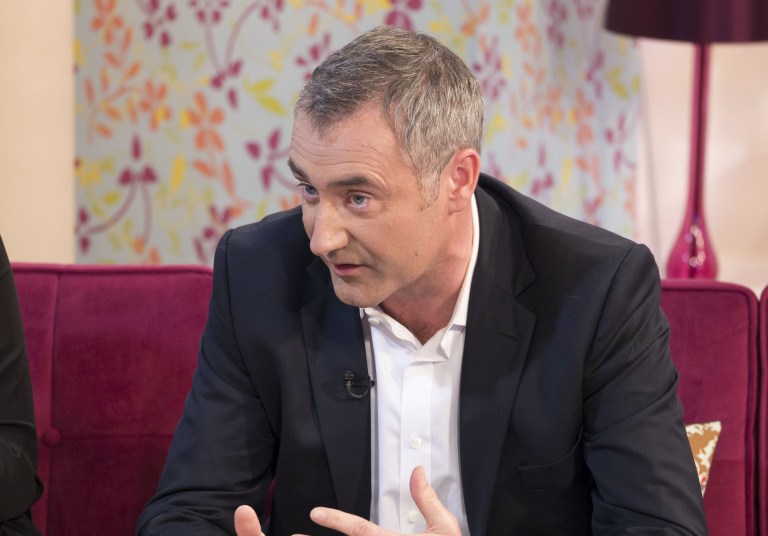 Colin Brazier is gearing up to join the channel (Picture: REX)

The 53-year-old left Sky News after 24 years in February, revealing that he would be moving to GB News, saying he was ‘delighted’ with the opportunity.

He said: ‘GB News will lend an ear to some of Britain’s marginalised and overlooked voices, an audience I have always cared about,’ he said. 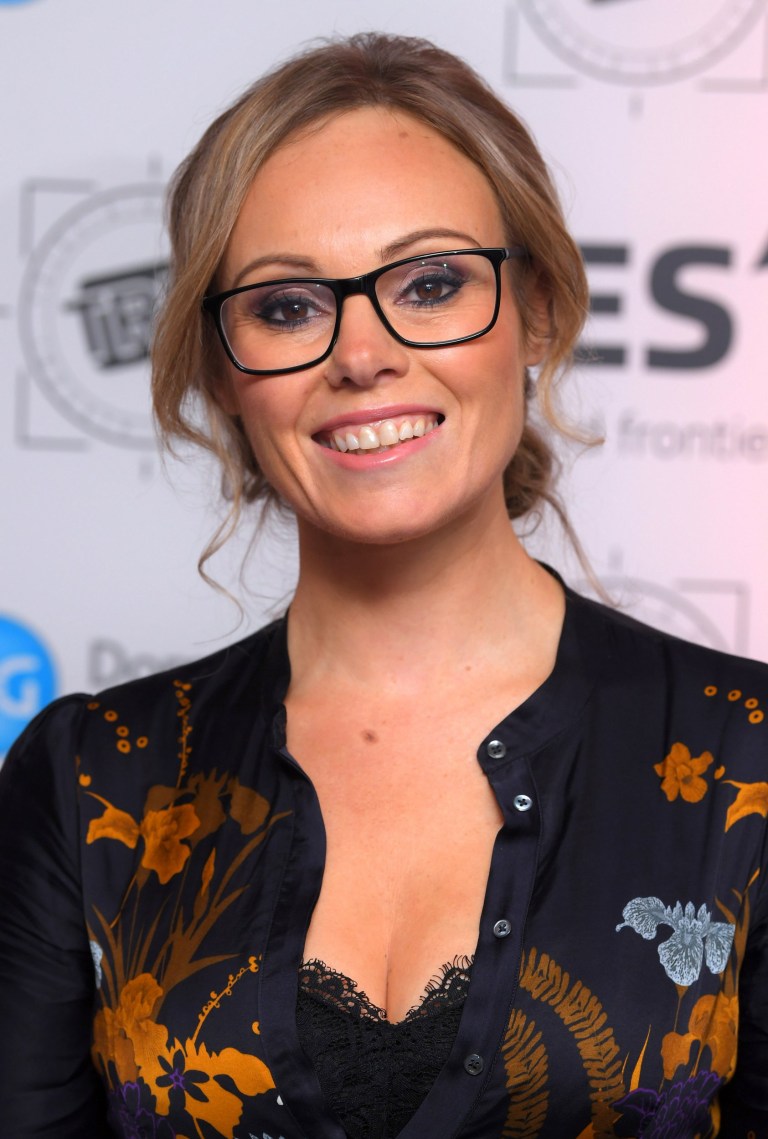 Michelle, who won the second series of The Apprentice in 2006, is set to host an evening primetime show on weeknights.

She seems like a bit of a wildcard for the channel, since she doesn’t have the same kind of journalism background as the other presenters.

Since her win on The Apprentice, she has appeared as a frequent panellist on The Pledge on Sky News. She also stood for the Brexit Party in the General Election in 2019.

The 41-year-old said: ‘I’m proud of my northern heritage and passionate about representing the voices of the working class.

‘I want to stop people being left behind.’

Starting her career at LBC, she went on to host Good Morning Europe.

The presenter said on Twitter: ‘Personal news! After an absolutely brilliant two years at Euronews with a fantastic team, I’m coming back across the channel. Very excited to be joining the team @GBNEWS.’ 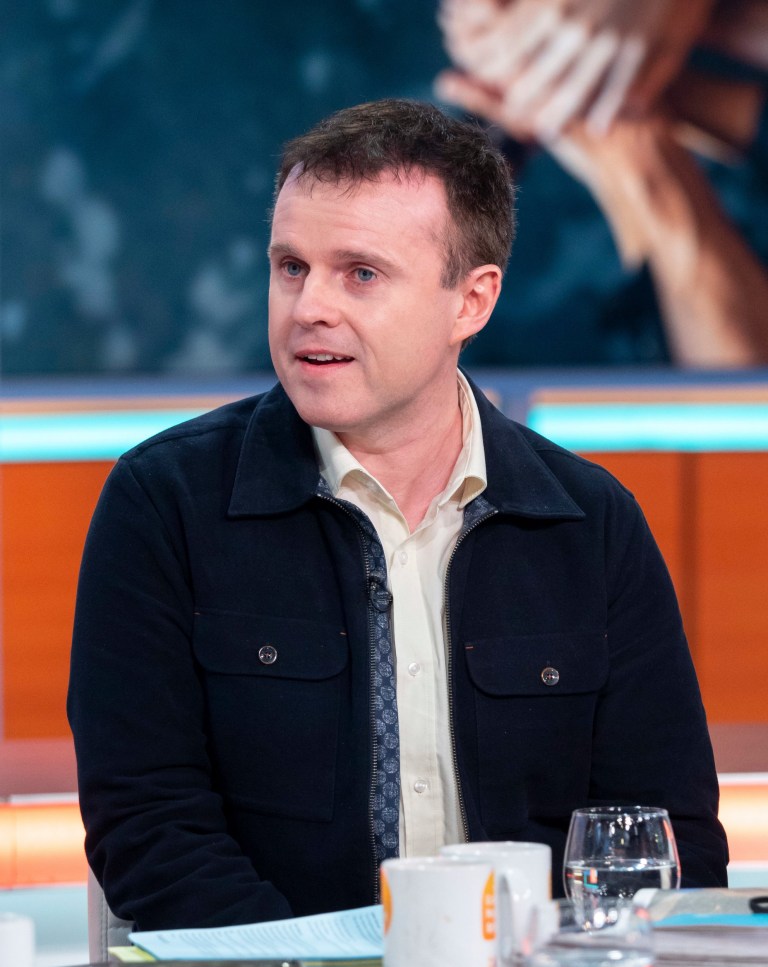 It will ‘feature a variety of guests and a lively, light-hearted look at current affairs’.

The 60-year-old is known for his political commentary and satire, including his character Titania McGrath. 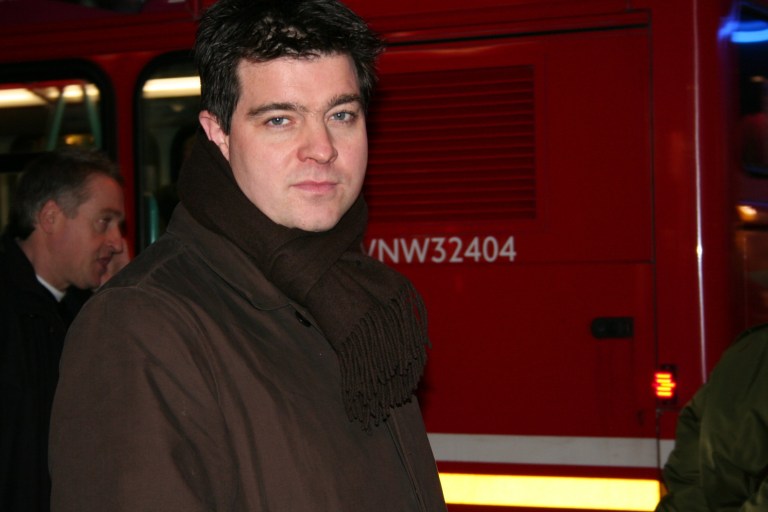 Journalist and broadcaster Liam is joining GB News as the economics and business editor.

He will co-present a daily lunchtime show on the new channel.

He described the move as an ‘exciting opportunity,’ adding: ‘The community is hungry for analysis, explanation, and a range of different viewpoints – and that’s what we will deliver.’ 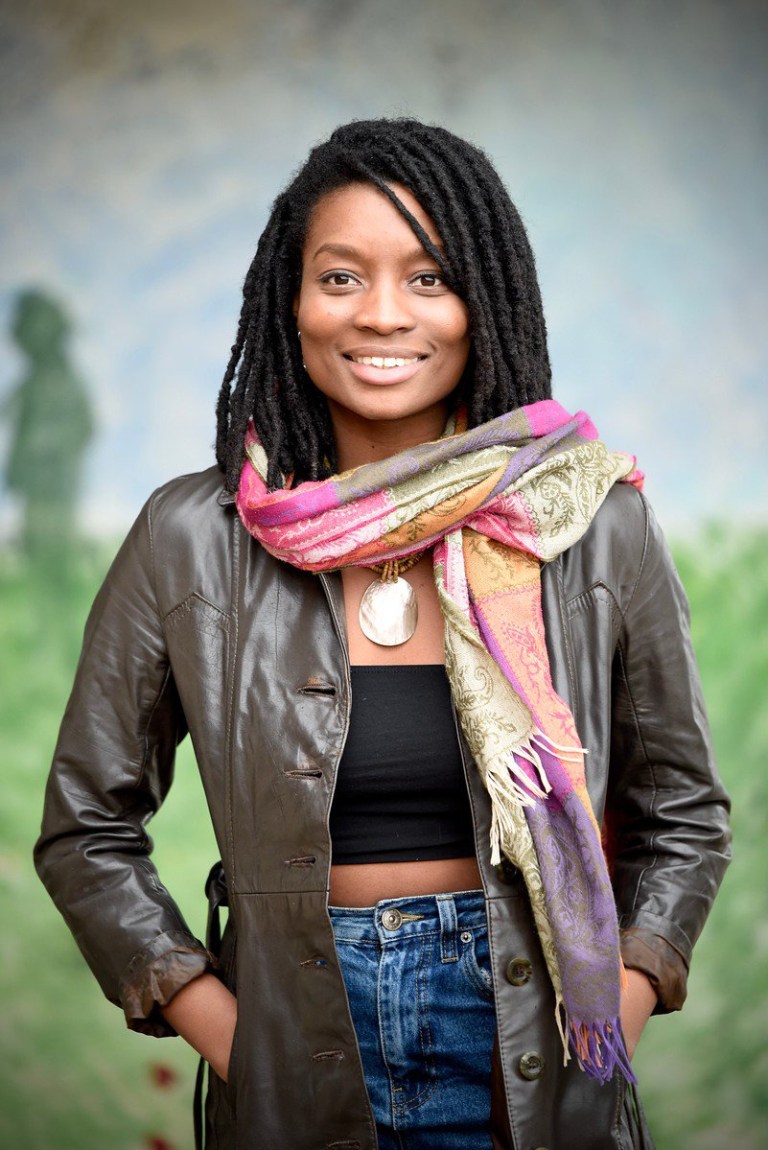 She’s best known for being a free speech campaigner, and is a freelance journalist.

She said: ‘I’m excited to begin a new adventure with GB News, exploring and discussing the big ideas and questions of today across the United Kingdom.

‘Journalism is at its best when it’s committed to a diverse range of viewpoints and asking challenging questions, and I see this reflected in the idea of GB News.’ 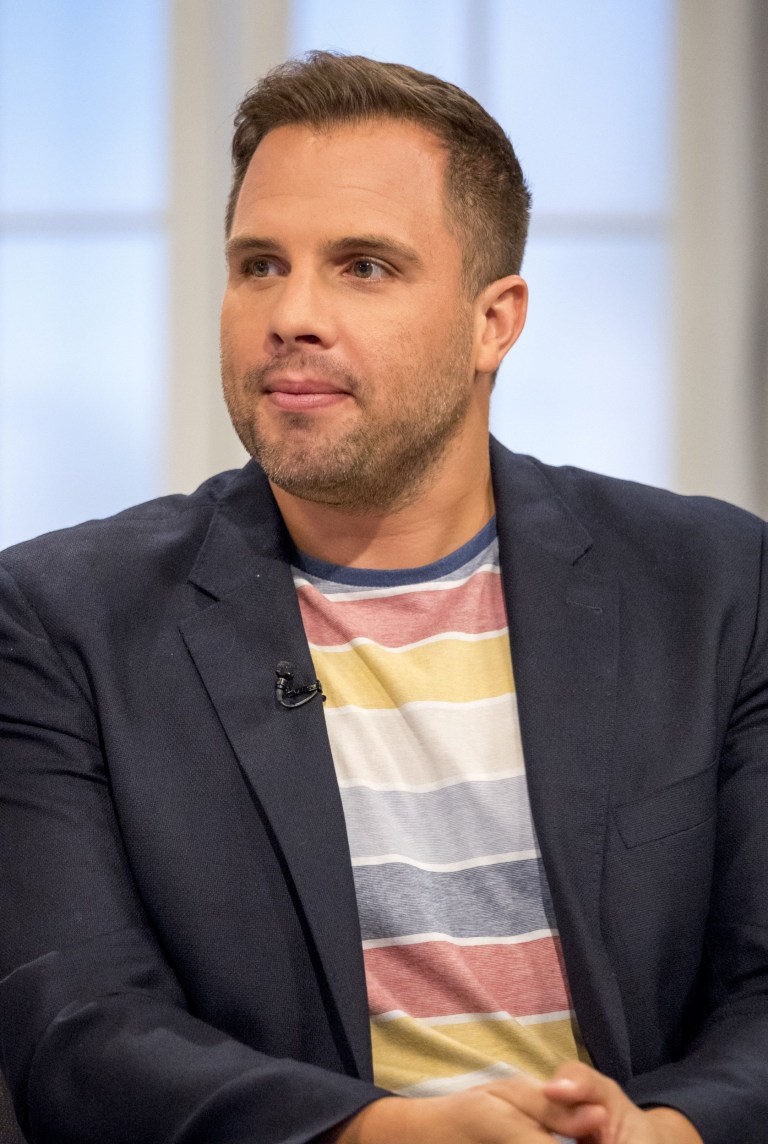 The Sun journalist Dan, 38, will host a daily show on GB News, five days a week.

He wrote for Mail Online of the move: ‘I can’t wait to honestly give my verdict on these very challenging and complicated times, without the fear of the baying Twitter mob trying to silence me every two seconds.’

Darren previously presented for Sky News for almost 10 years, while Tom was a senior reporter for Guido Fawkes.

GB News doesn’t yet have a launch date.