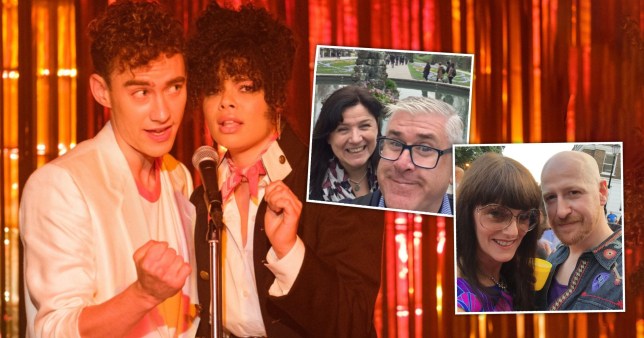 Whether she’s encouraging her friends to take the plunge on their journey of self-discovery or picking up the pieces during their hour of need, she’s there through the good times and bad – and her unwavering support has prompted the hashtag #BeMoreJill.

The character, who is played by Lydia West, is based on Davies’ friend Jill Nalder, who also starred in the acclaimed Channel 4 drama as Jill’s mum.

Since airing, the show has given viewers a moment to reflect on their Jills. And so, naturally, Metro.co.uk caught up with six gay men who wanted to pay tribute to the Jills in their life, who have loved them no matter what, stood up for them in the face of adversity and encouraged them to be their authentic selves. 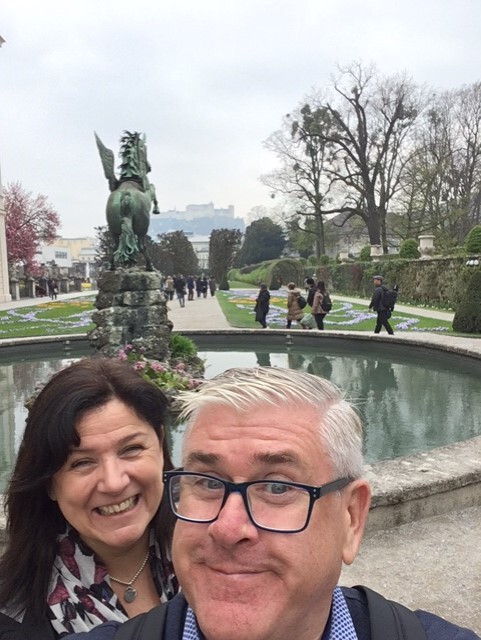 Geoffrey regards Karen as a sister

‘Karen showed great courage in the face of opposition and adversity back in the 80s and 90s,’ Geoffrey told us. ‘She was a great friend and support to those who developed HIV and to those who lost someone to HIV and Aids.

‘She was also a nurse and showed great compassion and empathy towards everyone, being able to offer clinical and up to date medical advice about HIV and Aids to those who didn’t have that knowledge.

‘While some members of my own family showed signs of ignorance and homophobic behaviour, in particular about HIV and Aids, it is clear that talking to Karen that there was never any issue of anyone being perceived as different, regardless of race, sex, gender, or sexuality.’

‘The pink palace would have been Karen’s parents’ house and her parents Doreen and Ted were equally as supportive to us and became like foster parents to those of us who had left our small towns and villages in the Midlands, the north and Wales to escape the homophobia we sometimes encountered,’ Geoffrey continued.

‘We had some good times at Karen’s parents’ house where we had some great parties. Doreen and Ted were equally as non-judgmental as Karen and also enjoyed the get-togethers.

‘Karen also came on Pride marches with us showing her support .Some 30 plus years later, Karen remains a great friend to me and others who she knew back then. I can’t begin to tell you how proud I am of Karen and our friendship, to this day. I regard her as a close friend and a sister.’ 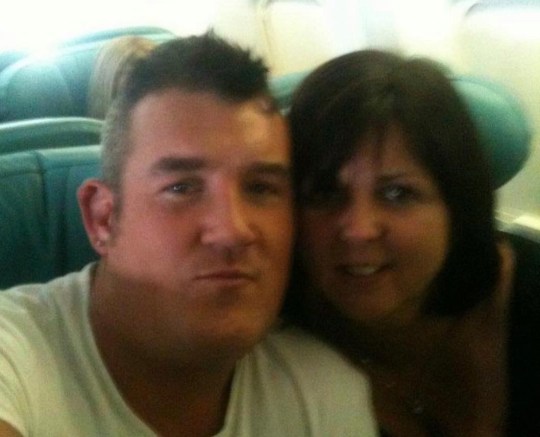 Damien says Jayne made him see that love is love

‘I have been ever so fortunate to have many Jills in my life, but the one that has always kept me on the straight and narrow, been the trusting soul, my beacon of light, my go-to is my best friend Jayne,’ Damien shared.

‘Jayne always supported me,’ Damien continued. ‘And she continues to do so all while running a successful pub and caring for her son who has learning difficulties.

‘But no matter how busy she’s always helped me, she’s always welcomed my partners with open arms and was honest about how she felt about them. She made me see years ago everyone needs a Jill.’ 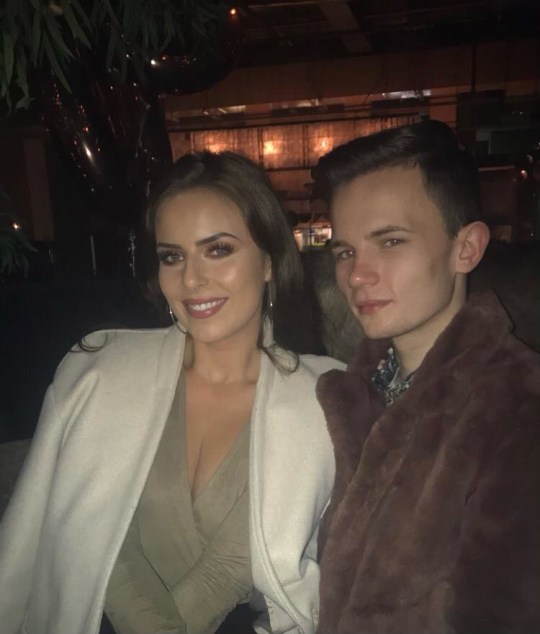 Jordan admits he’s lucky to have a Jill in Mesha

‘Mesha and I both grew up in the same area, but never really became friends until we both (coincidentally on the same week) moved to London nearly three years ago,’ Jordan shared.

‘From the countless nights dancing in Heaven nightclub, marching side by side in Pride parades, navigating dating life in a metropolitan city – we’ve been through it all together.

‘When you’re young, gay and living in a city like London, your circle of allies become like an extended family. Those that celebrate you for who you truly are, those that are at the end of the phone to offer advice and guidance, those that fight for your rights as much as their own, and those that know when to hold your hand when things get a little tough.

‘These people are your Jills in life, and every queer person needs one. Something I’ve been lucky to find in Mesha.’ 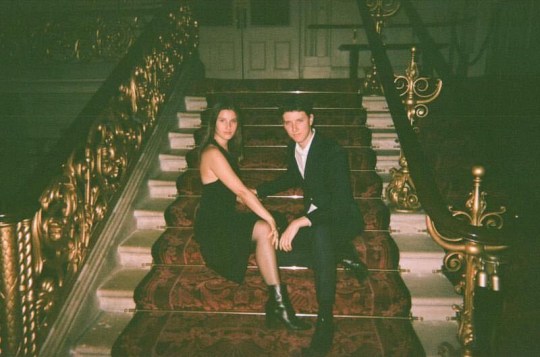 ‘When you’re a young queer person discovering your sexual identity it is essential to have a good Jill, like Isabella is for me,’ Diego said.

‘It’s like, for the first time you can be 100% yourself with someone and be loved and appreciated for who you are.

‘We navigate the difficult world of relationships together, through ups and downs, and I know I can count on her for precious advice or whenever I need to have a laugh, a dance or a good cry.’

He added: ‘I am the person I am today thanks to her, and that is why our friendship is still so strong after all these years.’ 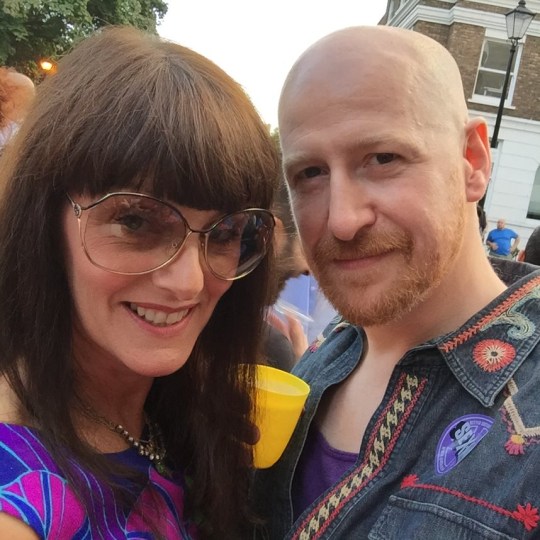 ‘I first met Elaine through a close mutual friend in about 1999,’ Hugh revealed. ‘I was in awe of her at first; she’s incredibly confident and stylish and has lived the most incredible life, and I think a lot of people when they meet her are intimidated by that. But once Elaine lets you in emotionally, she is absolutely, unshakeably, fiercely loyal and protective. Like a lioness, woe betides anyone who crosses one of her pride.

‘She’s too modest to say it but ever since the start of the epidemic and to this day, she’s fundraised and donated what must be tens of thousands of pounds to HIV and Aids charities.

‘For a few years in the 2010s I worked in fundraising for HIV & Aids and Elaine was there at every event I organised, selling tickets, bidding in auctions, getting friends to donate and always asking what more she could do to help. She still does.’

‘For Elaine, it’s not a question of “allyship”,’ Hugh continued. ‘If you asked her why she’s so supportive of her LGBTQ+ friends she probably wouldn’t be able to answer because – like Jill – it’s never been for a reason, it’s because it’s just in her nature. You might as well ask her why she breathes. It’s instinctive.’ 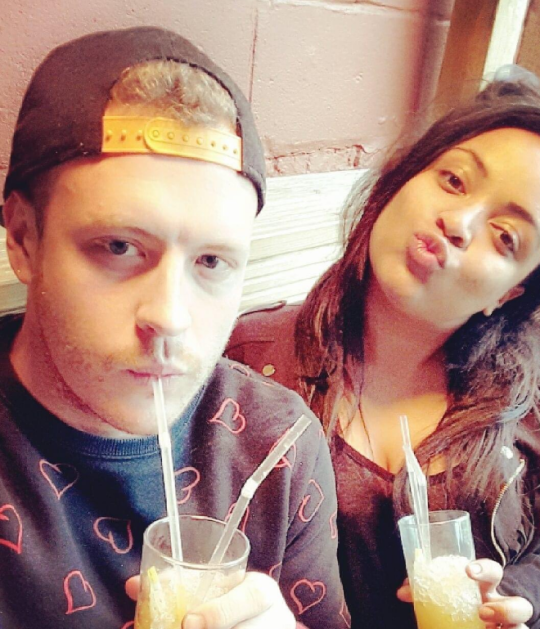 Ben says Emily is the proudest advocate he could wish for

‘The moment I knew that I could always depend on Emily, no matter what the circumstances, was when, after a terrible experience we won’t go into, I let myself into her flat half-naked in the middle of the night, walked into her bedroom and shook her awake,’ Ben shared.

‘She sat up calmly and said “right, do you want a glass of fizzy water or some wine?”’

‘From accompanying me to some of the best (and most tragic) gay nights with no questions asked since we were barely 18, to standing up to anyone who would dare to so much as raise an eyebrow in my direction as I stumbled my way through finding myself in my early twenties, Emily is the fiercest and proudest advocate that this community – and I – could wish for,’ he added.

‘She has been there for me for 13 years, through the whole range of love, loss, break-ups and one night stands, and her friendship has never faltered. She always knows exactly what to say and do to help in any situation, and  I don’t know where I would be without her!’

It’s A Sin concludes tonight at 9pm on Channel 4 and the box set is available to stream on All 4.