FURIOUS Dancing On Ice viewers have slammed the judging panel for always “picking favourites” amid a fix row.

Fans of the ITV skating competition took to Twitter after Sunday night’s show to complain they felt the marking had been unfair.

Fans have complained about the judges scoringCredit: Eroteme 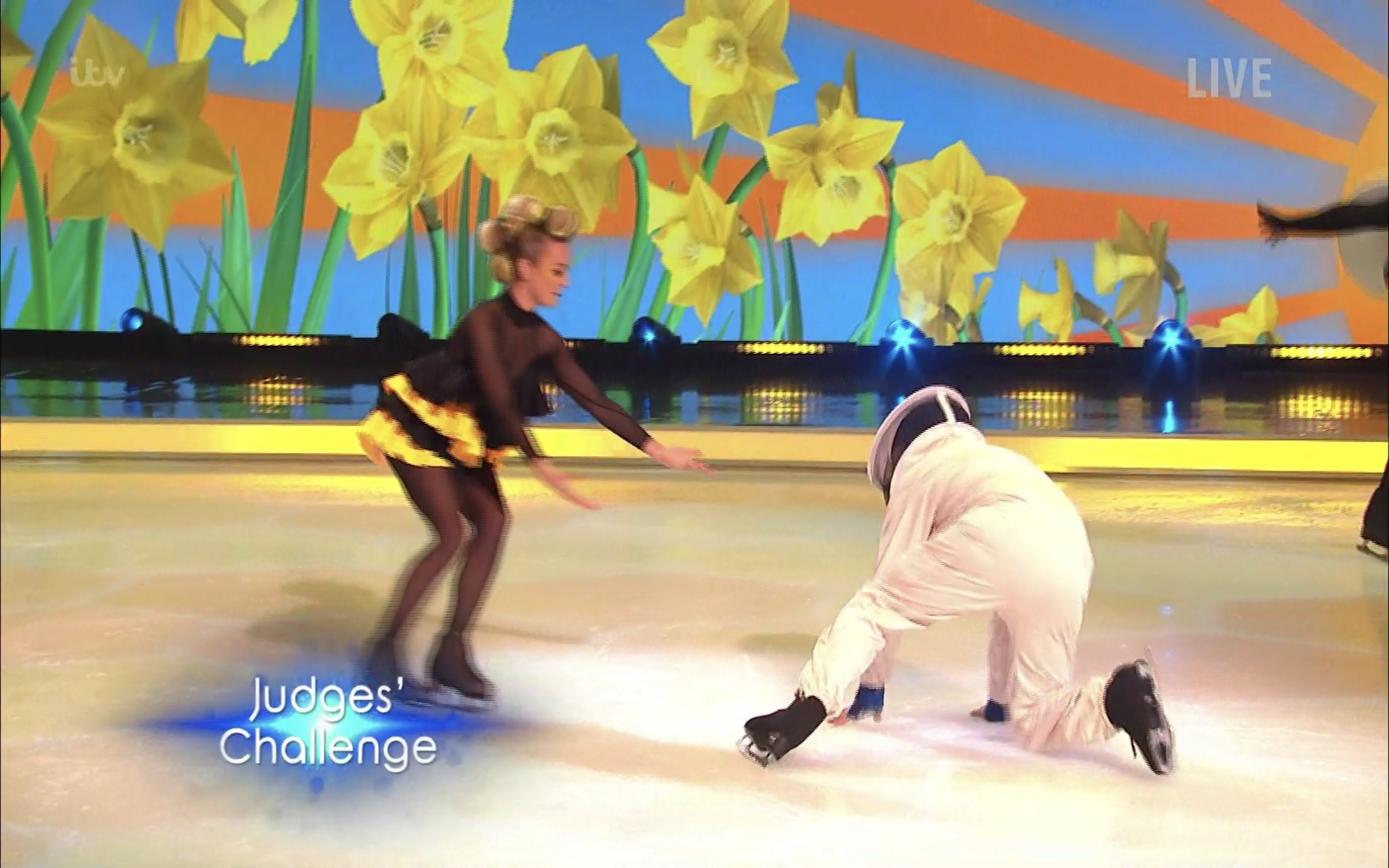 Bez remained in the competition despite taking a big tumbleCredit: Eroteme

The reality star, who was partnered with professional skater Joe Johnson, suffered a tumble during her performance to Flo Rida’s Right Round.

Judges Oti Mabuse, Jayne Torvill, Christopher Dean and Ashley Banjo were left unimpressed, despite Bez also suffering a fall of his own.

It sparked a row on social media as furious fans lashed out that the panel were “taking sides” with particular celebrities in this year’s line-up.

Viewers flooded Twitter with complaints about the scoring that had seen Liberty end up in the bottom two in the first place.

“Do the judges get told what to score, they definitely have their favourites and that reflects. Weird,” one began.

A second chimed in: “It’s clear to me the judges have their favourites and pick on others you see in the marking and judging.”

“The judges are terrible with their marks, they obviously have their favourites, which is unfortunate,” a third agreed.

“The judges have their favourites it’s so unsubtle too!” penned a fourth as a fifth concluded: “Glad to see judges are still playing favourites.”

Fans of the show were left particularly up in arms after they claimed that Ryan Gascoigne was over marked by the judges.

The normally confident performer got the wobbles and almost fell over three times – but the judges were still impressed by him.

The panel of Ashley Banjo, Oti Mabuse, Jayne Torvill and Christopher Dean gave them 36.5, their highest score to date.

But those comments and marks confused ITV viewers who took to Twitter to complain.

“WHAT was with the marking tonight? Regan got a 9.5 despite 4 slips. On the basis they knock off 0.5 per error that means Jane would originally have given him 11.5! I think he’s superb, but HIS slips were more forgivable than the others,” complained one fan.

Another wrote: “Bit of a p**s take Regan got the same score as Kimberly when she skated amazingly and he stumbled a good few times! The judges have their favourites it’s so unsubtle too!”

And a third added: “I haven’t even seen Regan’s skate yet and I’m super super annoyed that he got 9.5 even though he nearly fell 3 times. Wth!! He’s definitely the judges’ favourite.”

Regan made history on the show when his debut performance scored an incredible 33 out of 40.

The pair managed to score higher than Brendan Cole did in the show a week before.

He is the son of England footballer Paul Gascoigne, who played for Tottenham Hotspur, Middlesbrough, Rangers and England.

At just six years old he discovered his love for performing arts and at age eight, he enrolled into the Hammond Ballet School.

He then studied Musical Theatre at Tring Park School for the Performing Arts.