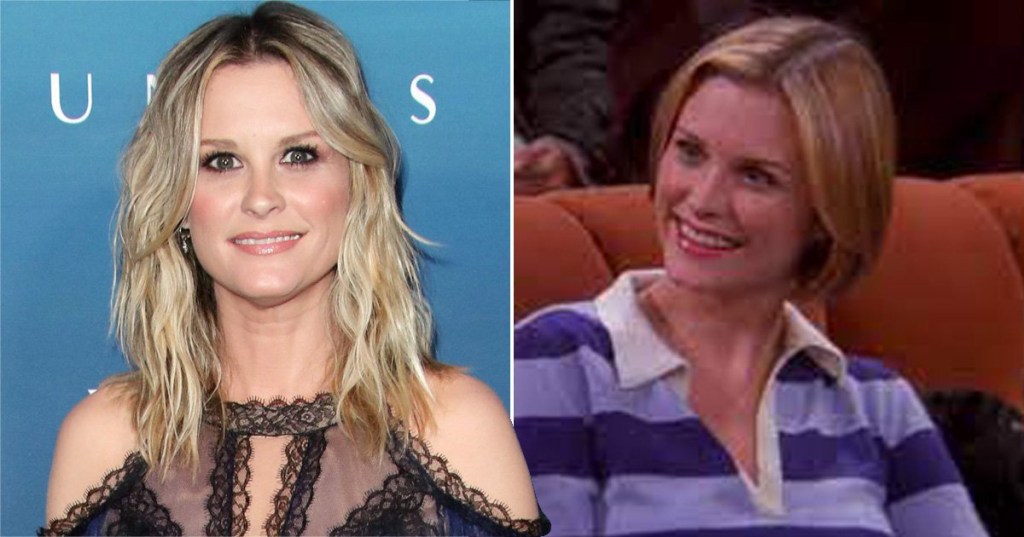 Bonnie Somerville found it hard to live up to the success of Friends (Picture: Rex/NBC)

Friends star Bonnie Somerville has opened up about the difficulties of living up to appearing in a hit sitcom and why she will forever be known as Ross Geller’s girlfriend Mona.

The actress, now 47, starred as Mona in a recurring role on Friends but admits that it was hard to be seen as anything but the character throughout the rest of her career.

Mona was brought in as a love interest for Ross (David Schwimmer) during the time Rachel Green (Jennifer Aniston) was expecting his baby.

Bonnie explained to The Independent how the role initially evolved: ‘They never made me feel like an outsider.

‘I was only supposed to have three or four lines in one episode, but they liked me and they thought I was funny, so they kept bringing me back. And it was really rewarding because I felt like I did that, you know? I earned that with my abilities.’

Following the global success of Friends, Bonnie starred in many films and TV shows but most were short-lived.

She admits she was left suffering from mental health issues after the cancellation of medical drama Code Black after one series as nothing she had starred in had had the sticking power of Friends.

‘I had just turned 40, and it all hit me hard,’ she revealed. ‘I got so damn depressed, and I didn’t have the career that I thought I was going to have by then.

‘I think for a lot of people in any career, if they’ve ever struggled with depression or anxiety or any mental health issues, when you fall off the setup that you’ve made for yourself – it can really be difficult.’

Despite 20 years having passed since she appeared on Friends, Bonnie says this is the role she is best known for to this day – even by people too young to have seen the sitcom the first time round.

She explained: ‘I’m still Mona and now more than ever because of Netflix,. Children that weren’t born when I was on the show are fans. And they think of you in that way.

‘It feels great, but… it’s not your real life. It’s not as glamorous as they think it is, nor is it as lucrative.

‘I’m so grateful and so proud to be a part of Friends, but when people write comments [on Instagram], like, “Gosh, she got old” – that’s awful! Of course I’m not going to look like Mona anymore. I was 27!’