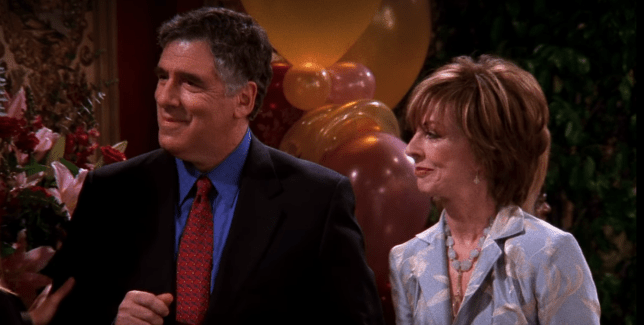 Friends fans have spotted that Ross’s dad was replaced by another actor (Picture: Netflix)

Eagle-eyed Friends fans have noticed that Ross Geller’s dad Jack Geller is replaced by a completely different actor in season eight episode The One in Massapequa.

A number of glaring continuity errors have been spotted in recent years, such as Brad Pitt’s missing Thanksgiving pie and a crew member’s head cropping up in another scene, and now viewers have picked up on a very obvious stand in.

Ross’s dad is portrayed by the actor Elliott Gould, and for the first part of the episode, which is based around his anniversary party, he appears in scenes alongside his on-screen wife Judy (played by Christina Pickles).

However, later on in the chapter, a stand-in star was used in Elliott’s place, and it’s the pair look nothing like each other.

Pointing out the error, one fan wrote: ‘In all my Friends fan years, how have I never noticed that guy before?’

The moment went missed for years by fans probably because the show originally aired in the aspect ratio 4:3 which cuts off parts of the filmed scene. 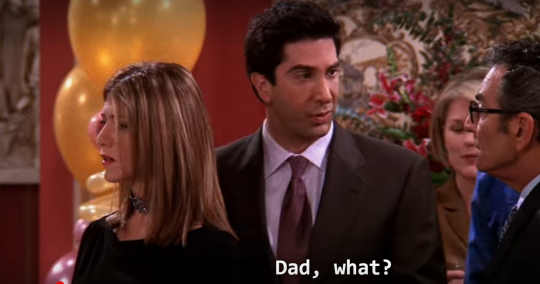 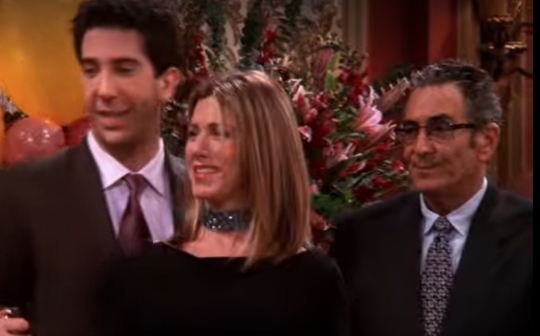 But after the ratio switched to 16:9, the scenes suddenly became wider and it allowed fans to see these silly moments.

Friends fans will be pleased to know that the show will be returning this year with a special reunion episode on HBO Max.

Jennifer Aniston, Lisa Kudrow, Courteney Cox, Matthew Perry, Matt LeBlanc and David Schwimmer will all be involved in the incoming episode, which was initially put on ice due to the coronavirus pandemic.

Last month, Lisa revealed she has already shot some scenes for the project and confirmed that

Lisa also set out what fans can expect from the new reunion, stating that the stars will not be playing their classic roles and instead of appearing as themselves.

Friends is available to stream on Netflix.