Freddie Flintoff quits A League Of Their Own, ruining Valentine’s Day

Freddie Flintoff is leaving A League Of Their Own (Picture: Sky)

Freddie Flintoff has quit A League Of Their Own after 12 years.

The Top Gear presenter, who has appeared on the Sky series alongside the likes of Jamie Redknapp, Romesh Ranganathan, and James Corden, confirmed his departure on social media, describing his time on the programme as an ‘unforgettable journey’.

Sharing a montage of pictures from the show from over the years, including the time he dressed up as a drag queen in 2017, Flintoff penned: ‘It’s been 12 years, 16 series, six road trips across America and a mud bath I’d rather forget.

‘But now the time has come to leave the amazing ALOTO team.’

He continued: ‘I’d like to say a huge thanks to all of you who tuned in over the years and to everyone I have worked with on the show – what an unforgettable journey it’s been.’

Flintoff has been a part of the sports panel game show since its first series in 2010, which was hosted by Gavin And Stacey’s Corden. 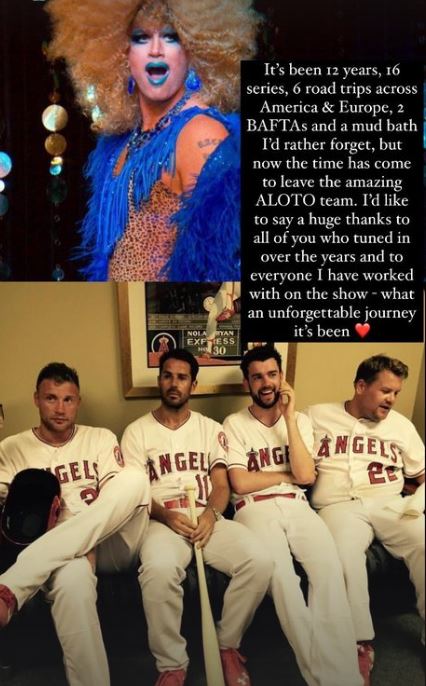 The television star will make his last appearance on A League Of Their Own later this year as part of its upcoming Road Trip series, which was filmed in Cardiff, Wales.

Fans have been left devastated by Flintoff’s announcement, with one stating it was the ‘worst Valentine’s Day ever’. 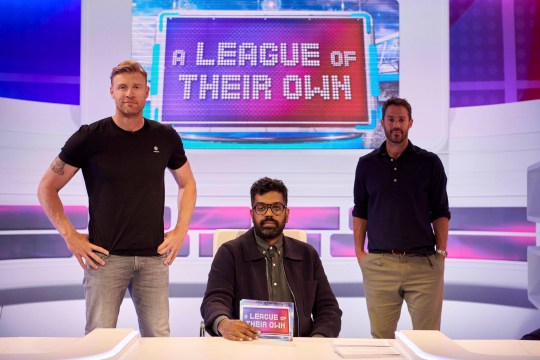 Freddie has been part of the show since it launched 12 years ago (Picture: Sky)

‘Freddie Flintoff leaving ALOTO has ruined my week,’ another added.

Last year, comedian Ranganathan took over from Corden who was ‘unable to appear’ in the last series due to ‘existing work commitments’.

‘I’m over the moon to be taking over the hosting duties and looking forward to being back in the studio with Jamie, Freddie, our guests and the live audience,’ he said at the time.

‘I’m truly honoured to be the new host of such a successful show. I know Jamie and Freddie are delighted because they often talk about what a hero I am to both of them.’

A League Of Their Own airs on Sky.

Andi Dorfman, Boyfriend Blaine Hart Gush About Their Future Together