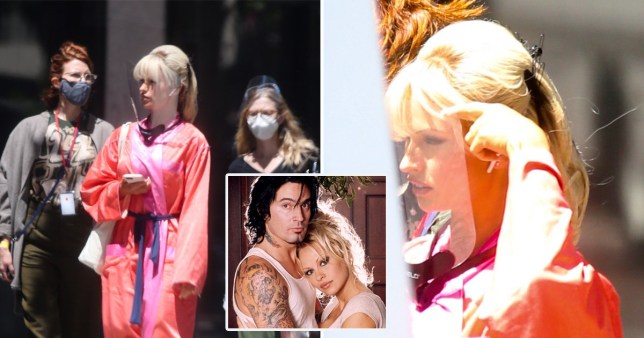 A first look at Lily James as Pamela Anderson has been revealed as she was spotted on the set of her new TV series.

She is starring in the Hulu drama Pam & Tommy in a series that will chronicle the iconic couple’s relationship and the scandal surrounding their sex tape.

Lily was seen on set in Los Angeles on Monday having undergone a dramatic makeover to resemble the Baywatch star.

In one scene she was wrapped in a bold pink and red robe with her platinum blonde hair in a ponytail as she walked with two assistants around the set.

She made sure to stay safe while filming in the coronavirus pandemic by wearing a face shield around her neck that also served as protection for her makeup.

The British actress also wore white flipflops and carried her phone in one hand as she walked around the trailers. 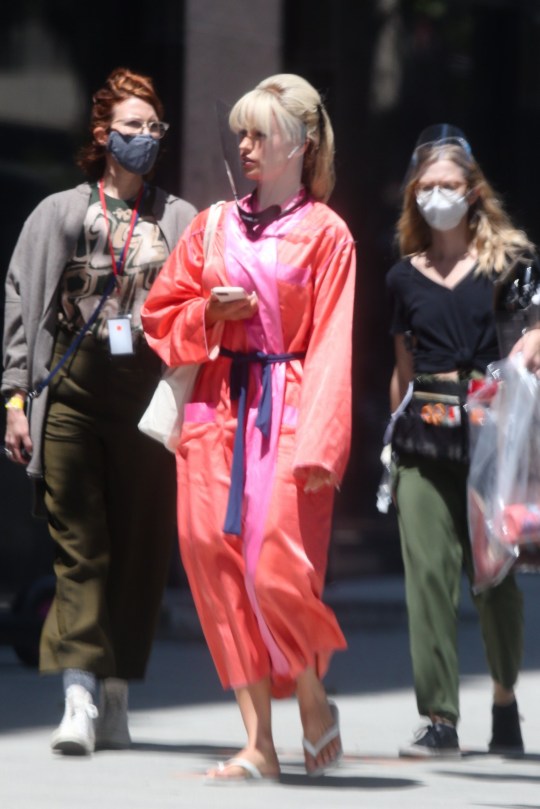 The actress wore a bright robe as she moved around set (Picture: Splash)

Showing her dedication to the part, the 32-year-old has dyed her hair white-blonde for the project, and had glam eye makeup and lipstick.

The Downton Abbey star will be joined in the film by Avengers actor Sebastian Stan, 38, as Motley Crue drummer Tommy Lee. Seth Rogen, also serving as executive producer, is playing the man who stole the former couple’s tape and made it public.

The limited series will be directed by I, Tonya’s Craig Gillespie, and neither Pamela or Tommy Lee are involved. 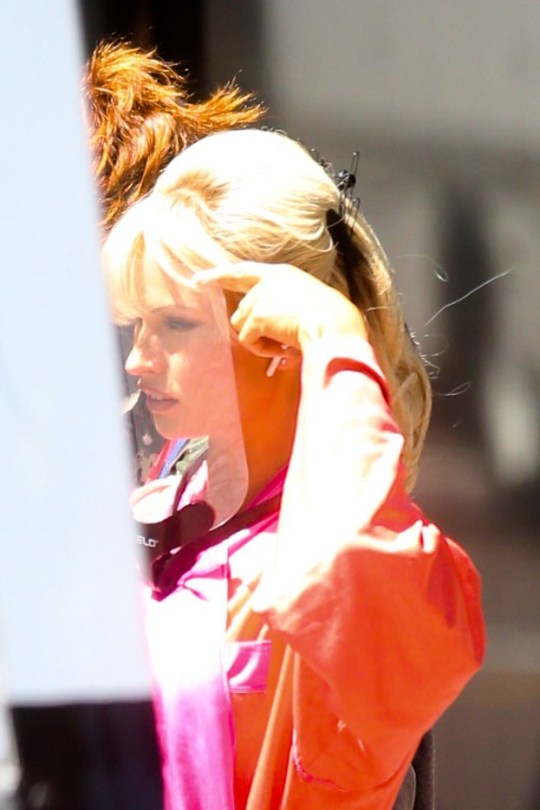 Time for a close-up: Lily has gone platinum blonde for the role (Picture: Splash)

The pair got married on a beach in Cancun four days after they met in 1995, and on their honeymoon, they filmed their sexual activities on videotape.

However, the tape was stolen from their home and was distributed online, becoming one of the internet era’s first celebrity sex tapes. 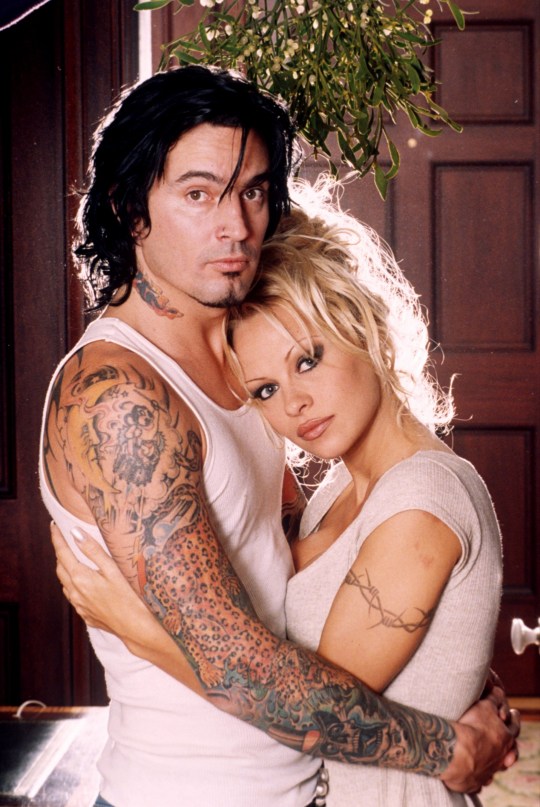 The couple sued the distributor, Internet Entertainment Group, and eventually reached a settlement under which the tape became public again.

Pamela and Tommy had two sons together, Brandon and Dylan, but divorced in 1998.

It is the latest high-profile role for Lily, who has also appeared in Baby Driver, Mama Mia: Here We Go Again! and the upcoming BBC drama The Pursuit of Love.