Fear The Walking Dead’s season 6b is teasing a massive showdown between Morgan and Virginia’s squads as the survivors have their loyalties tested.

In a first look teaser clip of the new episodes, Morgan (played by Lennie James) is heard warning that the team could be ‘bringing the fight to their own doorstep’ as they prepare the wall of the dam they live in.

Virginia (Colby Minifie) is eager to get back her younger sister Dakota (Zoe Colletti) who flipped sides and joined Alicia (Alycia Debnam-Carey) and Charlie (Alexa Nisenson) on Morgan’s team.

And if there’s anything we know is that Virginia is ruthless when she needs to be.

In the clip, Virginia’s group of Rangers are then seen approaching the large wall, seemingly confirming that trouble has already arrived.

Speaking about what’s to come, showrunner Ian Goldberg told ComicBook.com: ‘We’re going to continue to see how [Morgan] builds that up with the ultimate goal of reuniting the family and bringing them all behind the dam wall there.’ 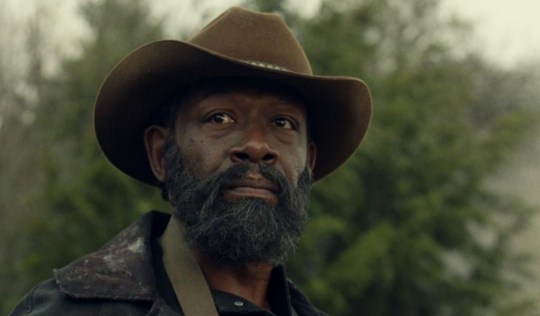 Morgan is preparing for war against Virginia (Picture: AMC) 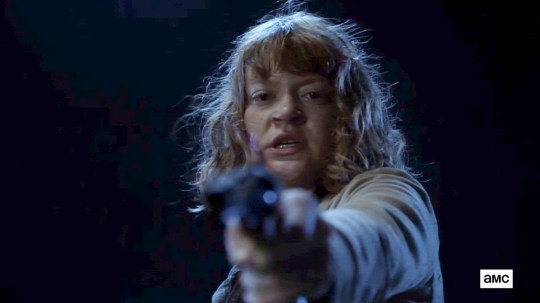 ‘Obviously, that’s a tall order, and with everybody split apart under different encampments for Virginia, it’s going to be tricky, but we’re building toward that moment in the next several episodes.’

The official synopsis for the upcoming episodes reads: ‘As Morgan’s bid to free the remaining members of the group becomes bolder, Virginia grows increasingly desperate to find her sister and protect the settlements from forces working inside and outside her walls.

‘The second half of season six reveals the impact of what living under Virginia’s control has done to each person in this group, who once saw themselves as a family.

‘New alliances will be formed, relationships will be destroyed, and loyalties forever changed.

‘When everyone is forced to take sides, they discover the meaning of, The End is the Beginning.’

Fear The Walking Dead returns Sunday, April 11, on AMC in the US and Monday April 12 on Fox in the UK.