The first pictures of the aftermath of the recent shock episode of Fear The Walking Dead have emerged.

John Dorie was killed by Virginia’s sister Dakota in the midseason premiere ‘The Door’, after he discovered she was Cameron’s killer.

Speaking about what fans can expect next, showrunner Ian Goldberg recently said: “We have been building toward a confrontation with Morgan and Virginia since episode 601, and this episode we’re finally going to deliver on it.”

Pictures from the forthcoming episode, which you can view below, ‘Things Left To Do’ show a devastated June is seen burying her husband with Virginia watching on and Morgan on horseback. 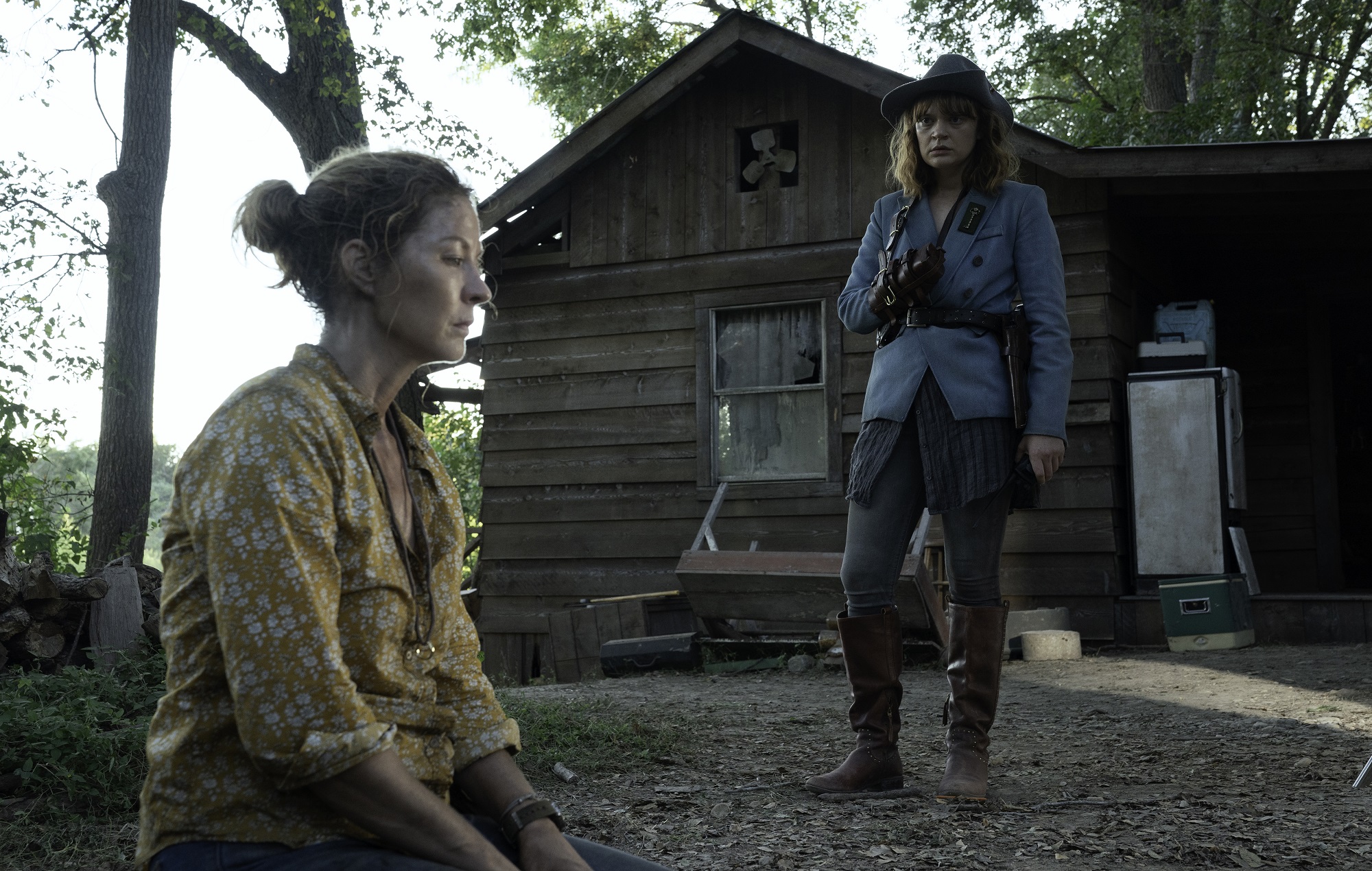 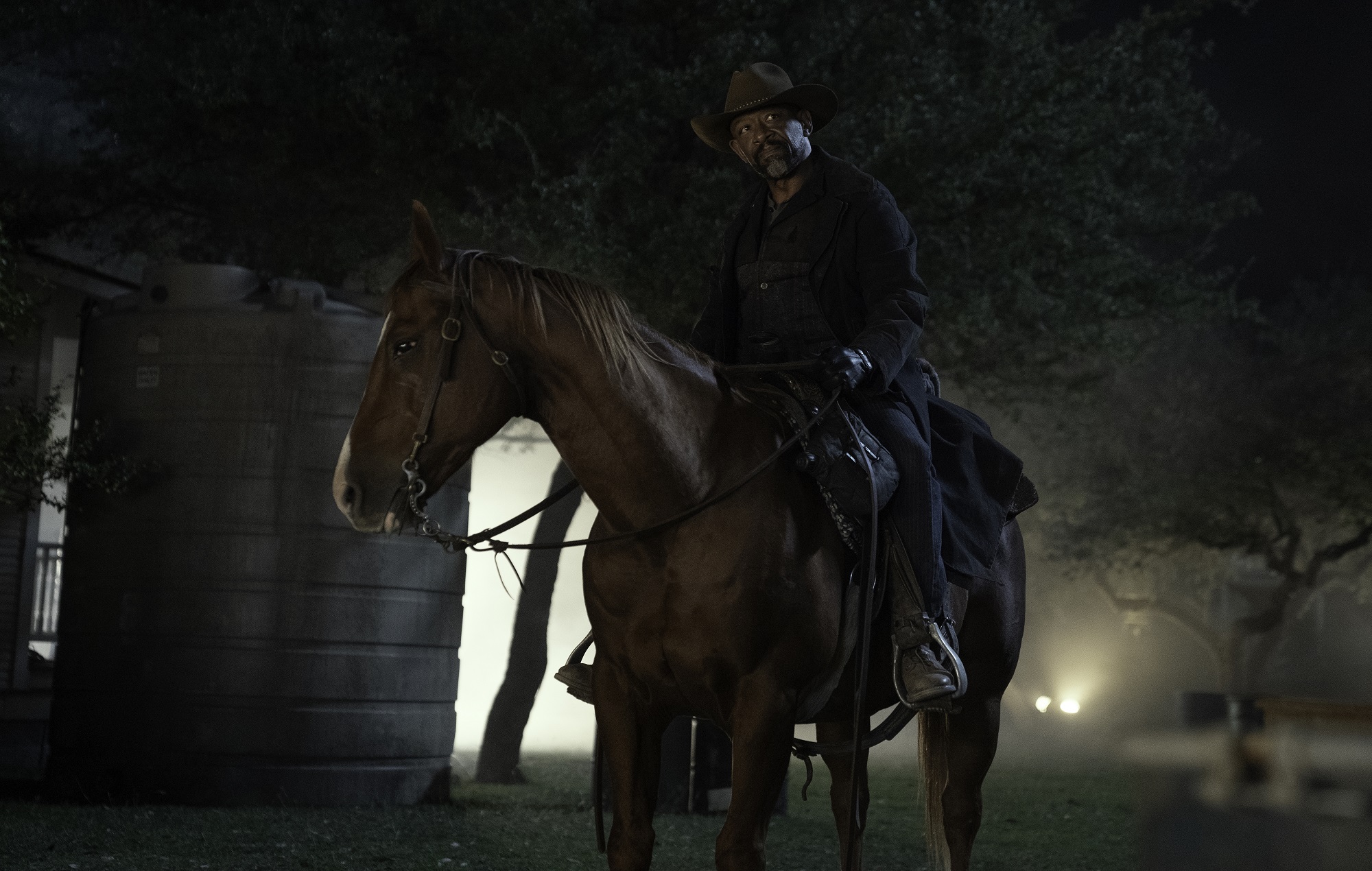 Later in the episode, Virginia rounds up many of Morgan’s allies including Luciana, Daniel, the pregnant Grace, and Sarah, as her desperation to find Dakota increases. 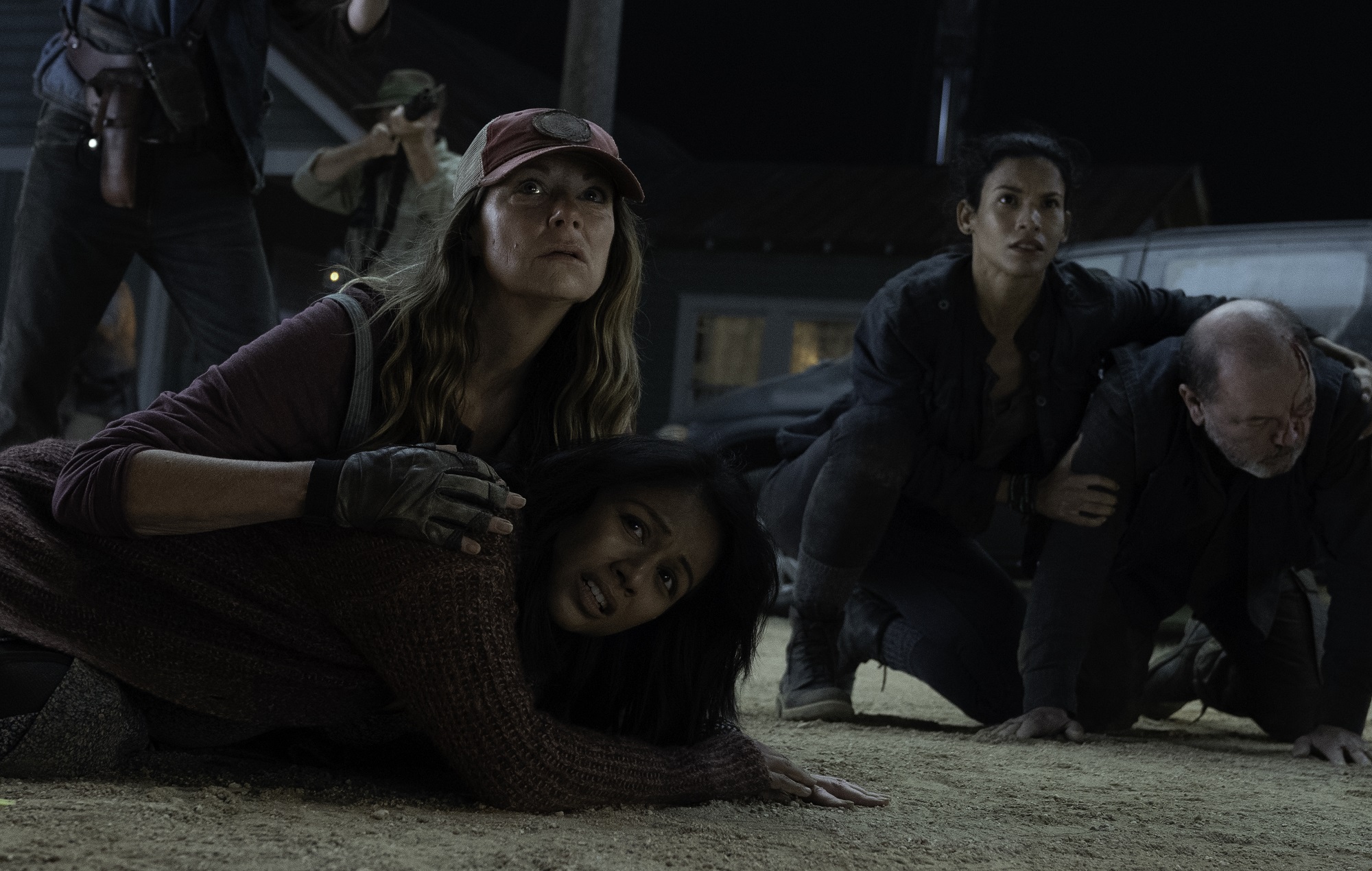 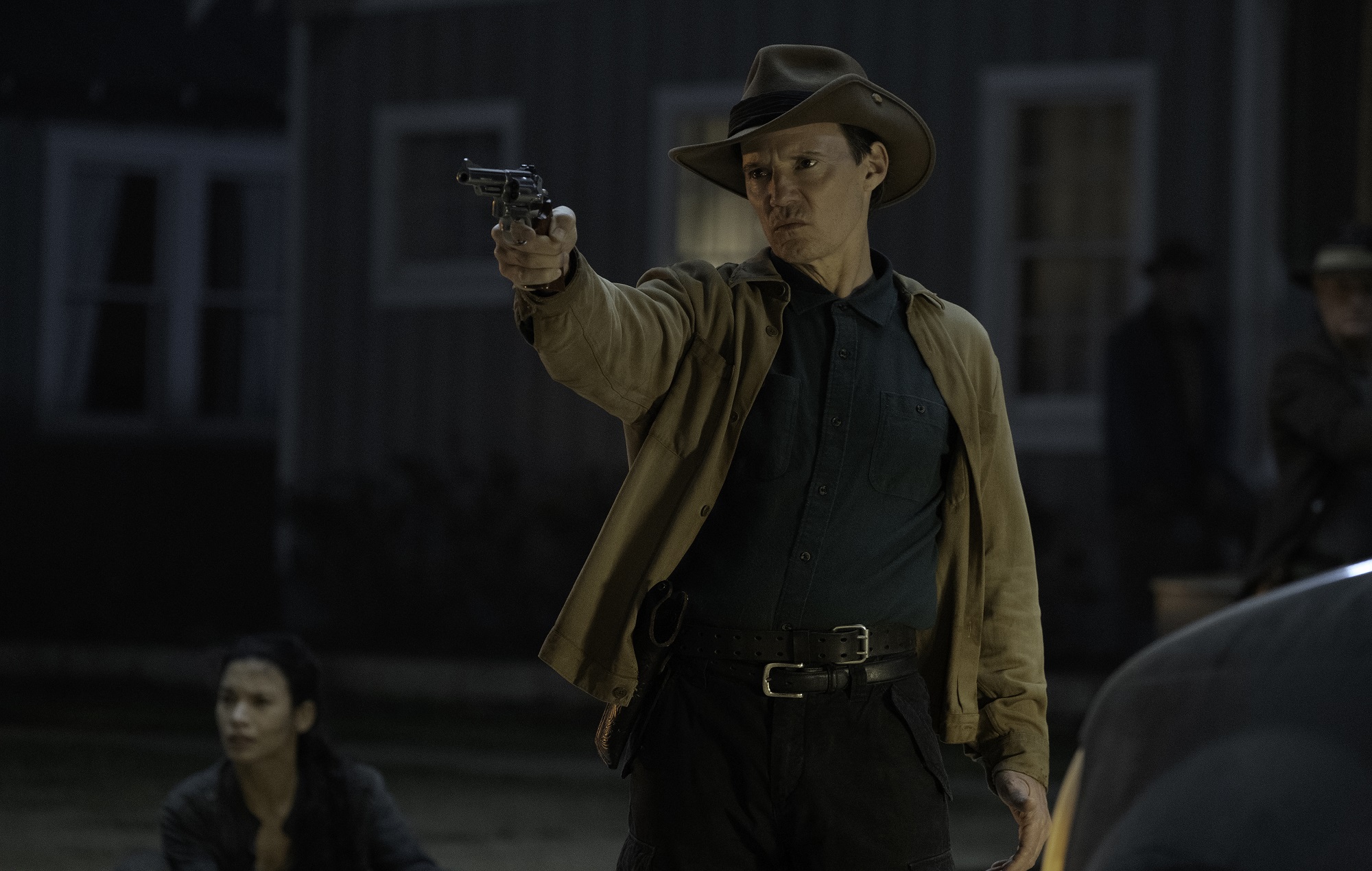 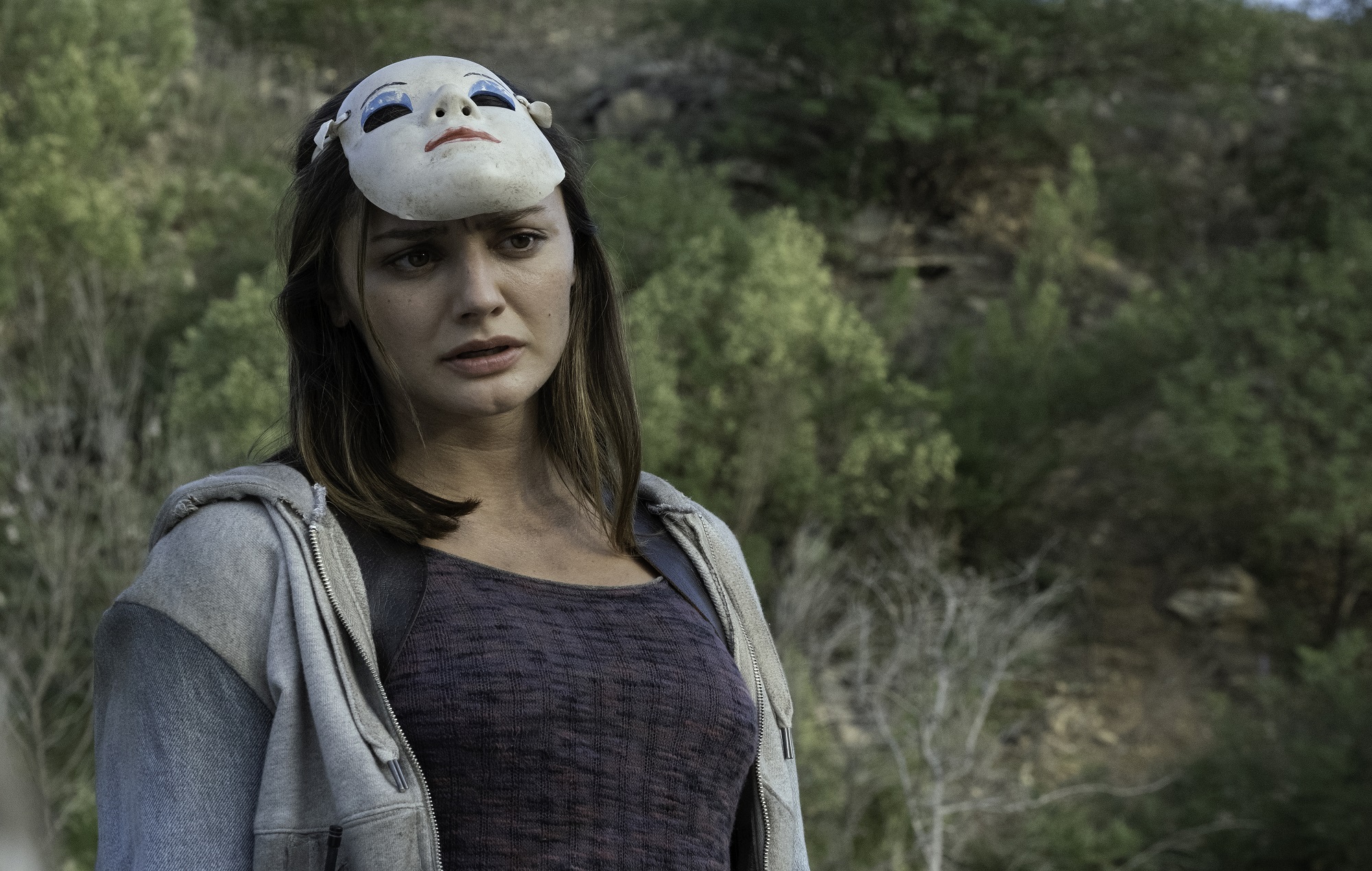 The Pioneers leader threatens the group for information on Morgan’s whereabouts. Sherry is also back in this episode.

Discussing the moment that Dorie was killed in episode eight, Goldberg said: “We love him, and the characters love him, [but] people had to feel it.”

“I think as writers, we go through a mourning in the same way the characters do, and the same ways as hopefully the audience will.”

Season six of Fear The Walking Dead has been split into two parts due to production delays caused by the coronavirus pandemic – read the NME review of part one here and part two here.