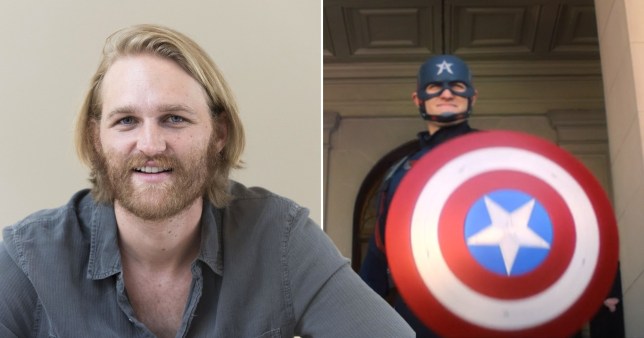 Wyatt Russell has joined the MCU in a divisive role (Picture: Rex/Marvel Studios/Disney)

Warning: spoilers ahead for the first episode of The Falcon and The Winter Soldier.

In the first episode of Marvel’s The Falcon and The Winter Soldier, which launched on Disney Plus on Friday March 19, Sam Wilson (Anthony Mackie) decides to gift Washington DC’s Smithsonian museum with Captain America’s shield, which was given to him by an elderly Steve Rogers (Chris Evans) at the end of Avengers: Endgame.

Having not yet met back up with James ‘Bucky’ Barnes (Sebastian Stan), Sam is astonished when he learns that the shield – which was meant to remain at the museum as part of a Captain America exhibition – has been handed over to a ‘new’ Captain America, a military man named John Walker (Wyatt Russell).

While speaking on the news, a government official states: ‘While we love heroes who put their lives on the line to defend Earth, we also need a hero to defend this country,’ before introducing the Captain America replacement to the masses.

So who is ‘new Captain America’ actor Wyatt and who is he related to in the MCU (Marvel Cinematic Universe)?

In addition to The Falcon and The Winter Soldier, several of his other notable acting roles include 2018 horror film Overlord, 22 Jump Street, Lodge 49 and Black Mirror. 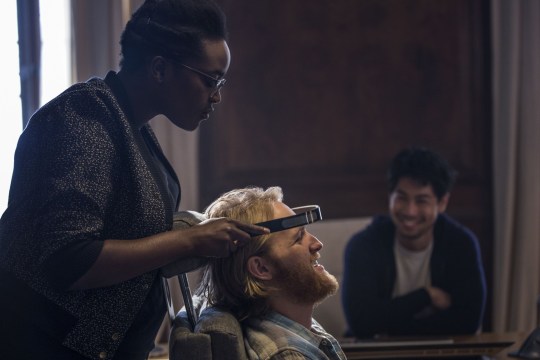 While talking about his new role as John in The Falcon and The Winter Soldier, Wyatt said it would be an ‘honour’ for Marvel fans to ‘dislike’ him – given the adverse reaction many viewers had to the ‘new Captain America’ reveal.

Speaking to USA Today, the actor said of the response to his character: ‘People are probably going to hate it, and some people are going to love it’.

‘Hopefully they don’t hate me too much,’ he remarked, before adding that ‘it would be an honour, I guess, to be disliked in the Marvel universe’.

Delving deeper into the mindset of his character, Wyatt said that John has been ‘thrust into this role as Captain America and he’s going to do it his way, and he wants to do it right’.

‘But his way is a very specific way that he has learned through being basically a trained human hunter. I mean, that’s what Marines are. They’re not Steve Rogers, they’re not the same. They’re not like Boy Scouts anymore. They’re a little bit more gnarly,’ he commented.

Which actor is he related to in the MCU?

Wyatt is the son of Hollywood icons Kurt Russell and Goldie Hawn and a half-sibling to actors Kate and Oliver Hudson. 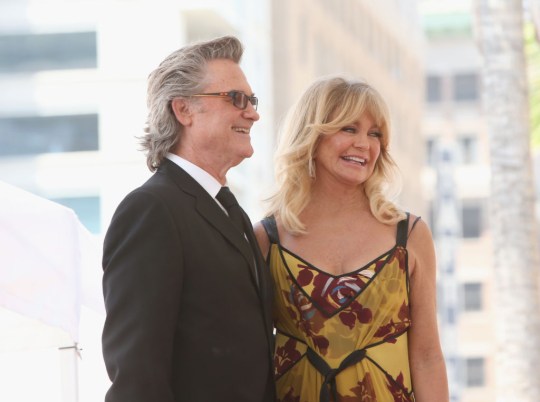 Kurt starred in MCU sequel Guardians of The Galaxy Vol. 2 in 2017, playing Ego, a Celestial being and father of Peter Quill (Chris Pratt).

While speaking to Entertainment Weekly, Wyatt admitted that he felt slightly apprehensive about taking on a role in the MCU… especially considering he wasn’t told what part he was auditioning for.

‘Eventually, they were able to tell me a little bit about what it was rather than just blindly going in reading the lines… And even then it’s still kind of confusing. But the way they portrayed him to me, the things that he’d be going through [and] fighting against, and [the] internal struggles, and all the other elements of the character, it seemed like something worth doing.’

Who Is Kristin Cavallari Dating? What We Know About Jeff Dye, More