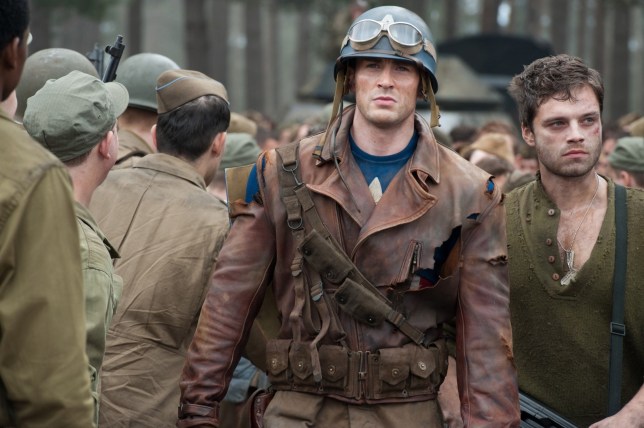 Steve and Bucky are with each other till the end of the line (Picture: Marvel/Paramount/Kobal/REX)

Warning: spoilers ahead for episode five of The Falcon and The Winter Soldier.

One of the most emotional aspects of Marvel’s The Falcon and The Winter Soldier on Disney Plus has been witnessing Bucky Barnes (Sebastian Stan) gradually rediscover the old self that he once knew as the best friend of Steve Rogers, aka Captain America (Chris Evans).

Part of that has involved making amends to people affected by his violent past as the Winter Soldier, who he notes down and crosses off in the notebook previously owned by Cap.

When Bucky confirmed in episode three that his notebook was the same one used by Steve in Captain America: Winter Soldier, fans were in tears over the heart-wrenching reveal.

But some eagle-eyed fans believe they might have spotted another keepsake of Steve’s that Bucky is holding onto, despite the hero no longer being in the picture.

Does Bucky have another memento from Captain America?

In episode five of Falcon and The Winter Soldier, Sam Wilson (Anthony Mackie) invites Bucky to stay over at his family’s home in Louisiana. 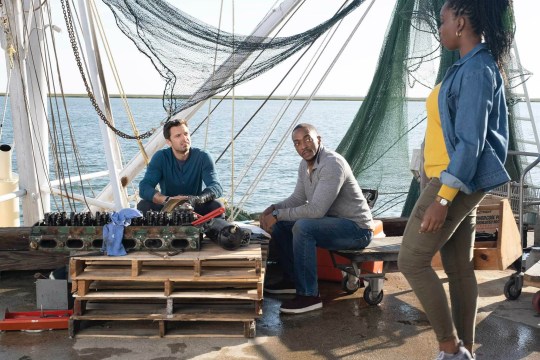 As Bucky wakes up on the sofa to find Sam’s nephews playing with Captain America’s shield, two military dog tags are seen hanging around his neck.

Straight away, several Falcon and Winter Soldier fans jumped to the conclusion that Bucky may have held onto Steve’s dog tags as a memento.

One person pointed out that it wouldn’t have been likely for Bucky to have still been in possession of his own dog tags from World War II, considering he fell from a fast-moving train to his suspected death before being captured by Hydra. 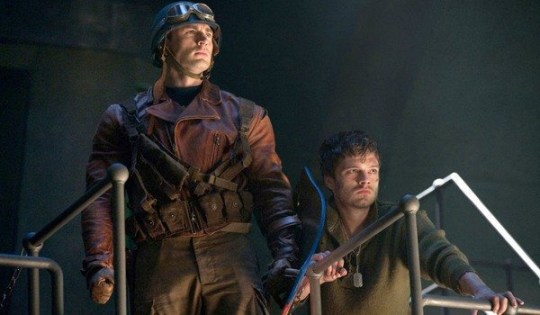 Steve saves Bucky after his friend is captured in battle (Picture: Marvel Studios)

‘There’s no way Bucky would’ve been able to hold on to his dog tags while he was the Winter Soldier, they either have to be Steve’s or Steve held on to them,’ one person tweeted.

One viewer pointed out that it’s custom for soldiers to receive two dog tags during their service, so the two dog tags could just be Bucky’s.

However, others are adamant that they are Steve’s and Bucky is treasuring a possession that once belonged to his old pal.

‘Bucky and Steve exchanged dog tags before Steve went back. You can’t tell me otherwise. We wanna keep the people we love most close to our hearts,’ one person tweeted.

‘If at the end of tfatws it is not revealed that Bucky is wearing Steve’s dog tags, I’ll simply make it canon, I just am that powerful,’ another remarked.

Where is Steve Rogers in Falcon and Winter Soldier?

At the end of Avengers: Endgame, after Steve goes back in time to return the Infinity Stones, he returns as an old man, having lived out his life in what many believe to be an alternate timeline with his love Peggy Carter (Hayley Atwell). 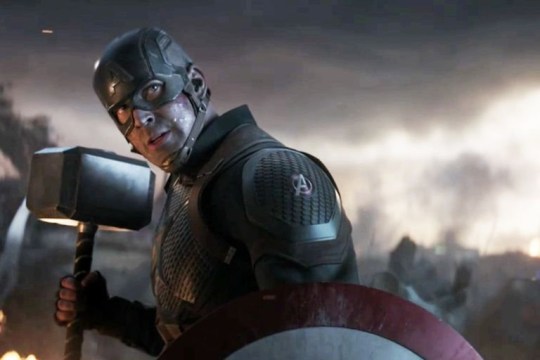 Could a Steve Rogers cameo be on the cards? (Picture: Marvel Studios)

Since then, Steve has gone off the radar, with members of the public in the MCU speculating that he could now be living on the moon.

Little is known about his whereabouts, other than Bucky and Sam mentioning the fact that he’s no longer around.

Could Chris make a surprise cameo in the finale of The Falcon and The Winter Soldier, either as the elderly Steve or in a flashback scene as his younger self? Your guess is as good as ours.

What is Bucky’s dog tag number?

On a Tumblr account called ‘The End of the Line’, named after the famous line Steve and Bucky say to one another, it details the meaning behind Bucky’s dog tag number 32557038, which it said is ‘written out in full in one of the companion comics’.

‘The rest were random, but there is actually a real-world counterpart who had this service number. And that man was enlisted at an intake facility on September 21, 1942. That’s how we know when Bucky went through intake.’

The Falcon and The Winter Soldier is available to watch on Disney Plus with episode six being released next Friday.