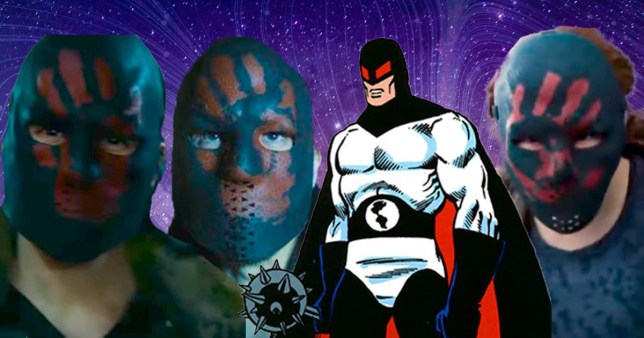 The Flag-Smashers have been adapted from comics for Marvel series (Picture: Marvel/Marvel Studios/Disney)

Marvel’s The Falcon and The Winter Soldier opened with an explosive start on Disney Plus in episode one, with Sam Wilson (Anthony Mackie) embarking on a mission for the US Air Force and James ‘Bucky’ Barnes (Sebastian Stan) attempting to repent for his past as an assassin.

However, the prospect of someone unworthy wielding Cap’s shield isn’t the only trouble Sam and Bucky are facing, as the sinister Flag-Smashers – an anti-patriotism group – make their grand entrance in the series, wreaking havoc by robbing a bank with the help of their followers.

As Marvel fans wait for Helmut Zemo (Daniel Brühl) to return following his debut in Captain America: Civil War, who is Flag-Smasher in the Marvel comics and how has the villain been changed for The Falcon and The Winter Soldier?

Who is Flag-Smasher in the Marvel comics?

In the Marvel comics, Flag-Smasher is a foe of Captain America’s who was introduced in the mid-1980s.

Karl Morgenthau was the first person to take on the persona of Flag-Smasher in the original source material, believing strongly in anti-nationalism and carrying out terrorist acts to spread his message far and wide. 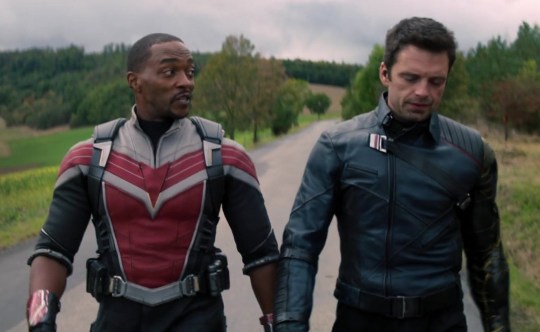 Will Sam and Bucky meet their match when they go up against the Flag-Smashers? (Picture: Marvel Studios/Disney)

Swiss-born Karl became Flag-Smasher following the death of his father, a diplomat who was killed during a riot at a Latverian embassy.

This fuelled Karl’s belief that the world would be better off without borders, hence his name – Flag-Smasher.

Flag-Smasher went on to create an organisation called U.L.T.I.M.A.T.U.M. (Underground Liberated Totally Integrated Mobile Army To Unite Mankind) with the aim of diminishing the idea of nationality once and for all.

The villain was created as an antithesis to Red Skull, the Nazi leader who appeared in Captain America: The First Avenger.

How has the Marvel villain been changed for The Falcon and The Winter Soldier?

In The Falcon and The Winter Soldier, the Flag-Smashers aren’t just one person, but an entire organisation.

They are led by Karli Morgenthau (Erin Kellyman), a female version of the character in the comics.

In the first episode, Sam learns that the Flag-Smashers feel that life was better during the Blip, when half the universe was snapped out of existence for five years by Thanos (Josh Brolin) in Avengers: Infinity War.

Now that the disappeared half of the universe have returned, Flag-Smashers are hell-bent on promoting their anti-patriotism agenda by any means necessary.

US Air Force lieutenant Joaquin Torres (Danny Ramirez) witnesses the Flag-Smashers carrying out a robbery at a bank in Switzerland, capturing one of their members with supposed superhuman strength on film.

How will Sam and Bucky fare when they encounter the group face to face?

What does the winner of Great British Menu get and who are the past winners? – The Sun