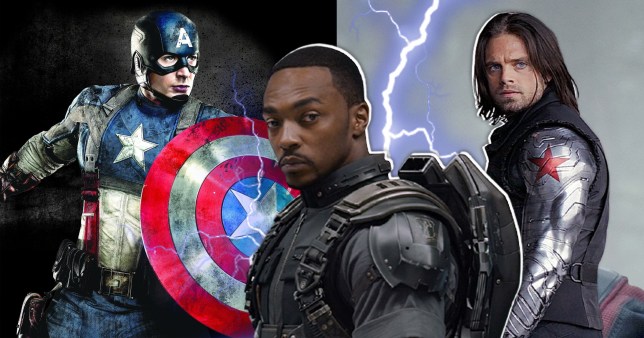 Brand new series The Falcon and the Winter Soldier is set to answer a big question for Marvel fans about who will be the new Captain America.

The high-octane show is set six months after Avengers: Endgame and features Sam Wilson, or The Falcon, (Anthony Mackie) as he wrestles with the idea of stepping into the Captain’s shoes after being given his shield.

But, as seen in the first episode, he donates it to Smithsonian’s Captain America exhibit, telling Don Cheadle’s James Rhodes: ‘When Steve first told me about the shield, the first words I said were, “It feels like it belongs to someone else.”’

And by the end of the episode, viewers see who it is handed over to, with the department of defence giving it to ex-marine John Walker (Wyatt Russell).

Government officials explain that the country is in need of a new superhero who can support them.

A spokesman could be seen saying: ‘While we love heroes who put their lives on the line to defend Earth, we also need a hero to defend this country. We need a real person who embodies America’s greatest values.’ 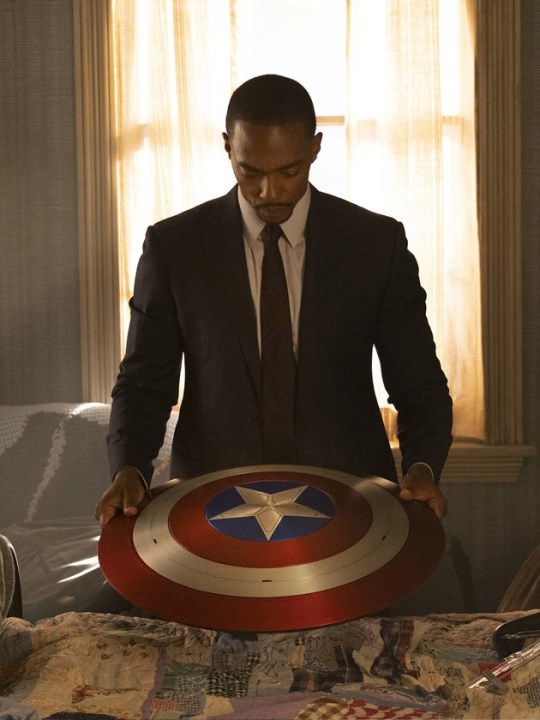 But, by the looks of it, this new version of Captain America is nothing more than an impersonation of the prim and proper Cap who was made to sell war bonds during the Second World War before finding his true purpose as a hero.

And, while it is known from The Falcon and The Winter Soldier trailers that Sam does get the shield back, viewers were left outraged at what they saw on their screens.

Taking to Twitter, one enraged fan wrote: ‘Are you f**king serious?’

While another seething devotee posted: ‘My blood runs hot after seeing the new Captain America. DO NO APPROVE. #SamWilson should’ve taken up the mantle. I said what I said.’

And unable to believe what they were watching, someone else wrote: ‘You wanna know how to p**s me off to my breaking point really easily, this is how.

The Falcon and The Winter Soldier releases new episodes on Fridays on Disney Plus.