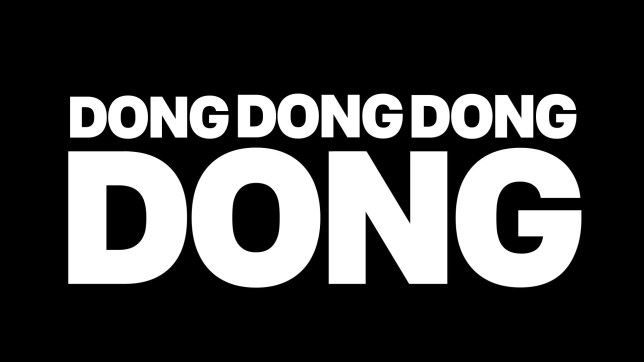 An erectile dysfunction ad has left viewers with a stiff upper lip, with many branding it ‘too much’ to see so many penis names in one place.

The 30-second clip, which aired on Sky Sports last night and is also a pre-roll ad on YouTube videos, shows a blank screen with a number of nicknames men would give their penis – including william, todger, pecker, wiener, and dong.

Created by male healthcare company Numan, the ad comes with the tagline: ‘When it stops working, make the right call.’

It is aimed to encourage men to seek help for erectile dysfunction, with their service offering discreet delivery to help those who are embarrassed.

While the ad is clearly all in good fun, some men have taken exception to the ad, saying that it’s inappropriate for kids to hear, as they may start copying it.

‘I’m just minding my own business with the cricket on in the background, then it hits the Numan advert shouting “DONG” at me on repeat. Why,’ wrote one person.

‘Why are those Numan adverts so INVASIVE im trying to relax and my TV is shouting DONG at me,’ said another.

‘My 9 year old daughter sitting in the room & you think it’s sensible to have such an advert on about erectile dysfunction!’

‘S***ting hell! I really need to make sure my kids aren’t watching when a numan advert comes on!’ agreed another.

Another questioned: ‘That Numan erectile dysfunction advert is a bit much like – Imagine someone just shouting out slang words for a woman’s bits.’

There is an ad about periods similar to this, actually – with Bodyform promoting their new pants with a ‘clotty clumpy’ TV promotion.

Most women online have been praising the move to remove period stigma.

‘There was an ad for the brand bodyform that actually showed red ink. It was so surprising i honestly thought something’s wrong with my eyes lol,’ wrote one.

‘Have to say how much I love [Bodyform] Period Pants ad. Growing up in a time where period ads where watery blue dye and a dirty little secret that we should be discreet about to the body positive normalization of periods is just epic. Props to you Bodyform!’ added another.

Longer days, shopping and going for brunch are among the things Brits are looking forward to this summer, study finds