EMMERDALE’S Michelle Hardwick has the perfect put-down for a follower who insisted she was back at the soap because her ‘Hollywood career had failed’.

The actress, who plays vet Vanessa Woodfield in the ITV soap, returned to the soap in late December after welcoming her first child with wife Kate Brooks in October 2020.

Michelle Hardwick had the perfect comeback for a mean troll who hit out at her soap comebackCredit: Getty Images 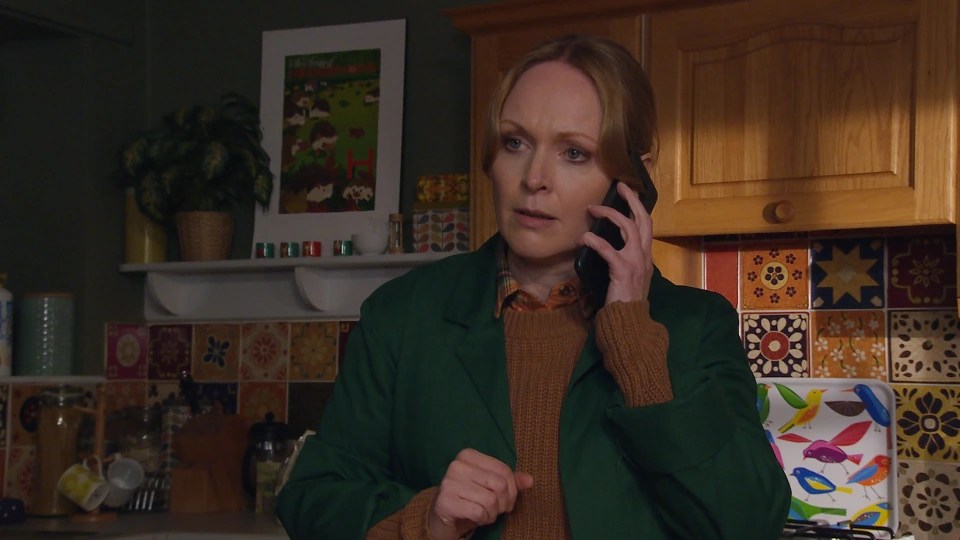 Taking to Twitter to comment on her character’s actions after last night’s episode, she penned: “Ok, so when I said the @emmerdale village was windy last week, that was NOTHING compared to today”.

However moments after sharing her tweet, Michelle was targeted by a mean troll who claimed she returned to the soap after failing to ‘crack Hollywood’.

“Seems to be more wind since you came back, what’s wrong did it not work out in Hollywood,” they wrote unaware that Michelle’s break from the soap was to welcome her son Teddy.

She responded: “Hi David, if you actually followed me on Twitter, you’d probably know I left to have a baby.

“Didn’t have time to go to Hollywood” alongside several cry-laughing-face emojis.

In response to comment, many of Michelle’s fans came to her defence as they made light of the troll’s gaffe.

“She was on maternity leave not in Hollywood,” another responded alongside a laughing-face emoji.

Prior to her return after Christmas, Vanessa was last seen in the village in early 2020 but she has made sporadic appearance via video call since then.

The vet interfered with Rhona’s attempts to find her rapist murderer ex-husband’s son before his death.

With the help of Ryan Stocks, Rhona had got a number for Marcus and left him a message asking him to contact her.

But Vanessa had another idea – and decided to use Rhona’s phone to call Marcus back and send him away.

“Sorry about this just forget I called you. The message really isn’t worth passing on. My mistake, thanks, bye.”

And when Rhona returned, scheming Vanessa lied to her and told her to do nothing.

“I know I’ve been pushing you to be honest but that’s only because I don’t want you to face this alone,” she said.

“And me saying I won’t support you – of course I will always.

“I’m just saying wait. All this could go away yet. You’ve done your bit and somehow I don’t think Marcus will be getting in touch.”

Fans are utterly furious with Vanessa but think her stunt will bring Marcus to the village searching for answers.

One wrote: “Third episode of the week fading out on Vanessa. we love to see it.”

A second said: “Well it’s so obvious that will backfire spectacularly.”

Another added: “It’s going to get messy with Rhone and Nessie!” 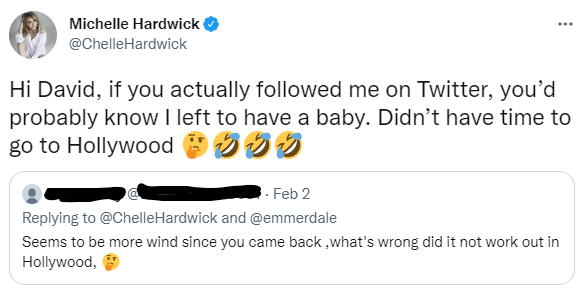 The soap star had to tell the troll she was on maternity leave and not trying to make it in HollywoodCredit: Twitter / Michelle Hardwick 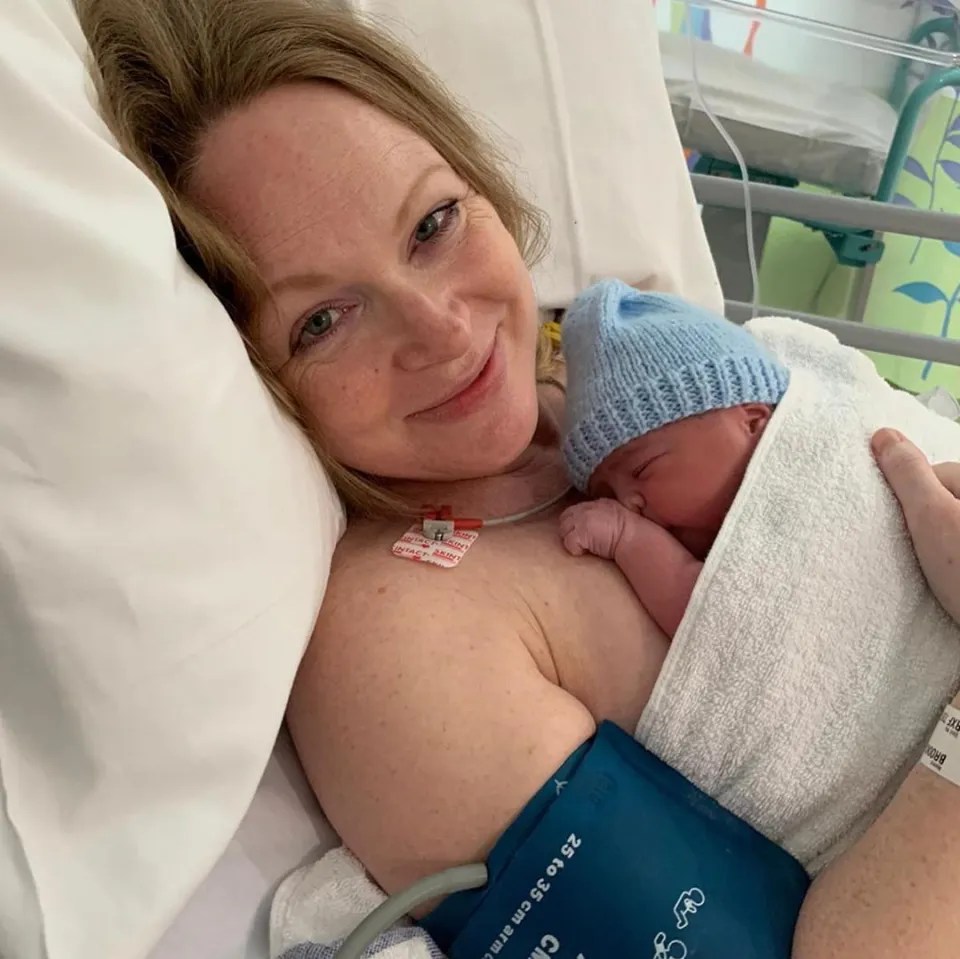 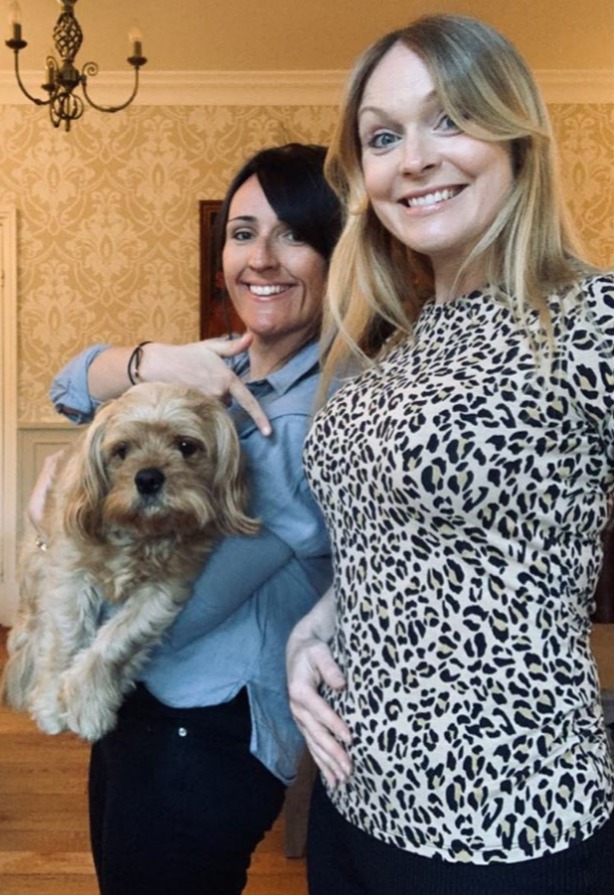 Aldi fans are scrambling to get their hands on the £5.99 Laura Mercier bubble bath dupe