EMMERDALE fans are in shock at Meena Jutla’s return to the village but have noticed a big problem.

The serial killer – who is played by actress Paige Sandhu in the ITV soap – made her comeback last night as she kidnapped Dawn Taylor on her wedding day.

Emmerdale fans wonder where Meena got her gun fromCredit: ITV 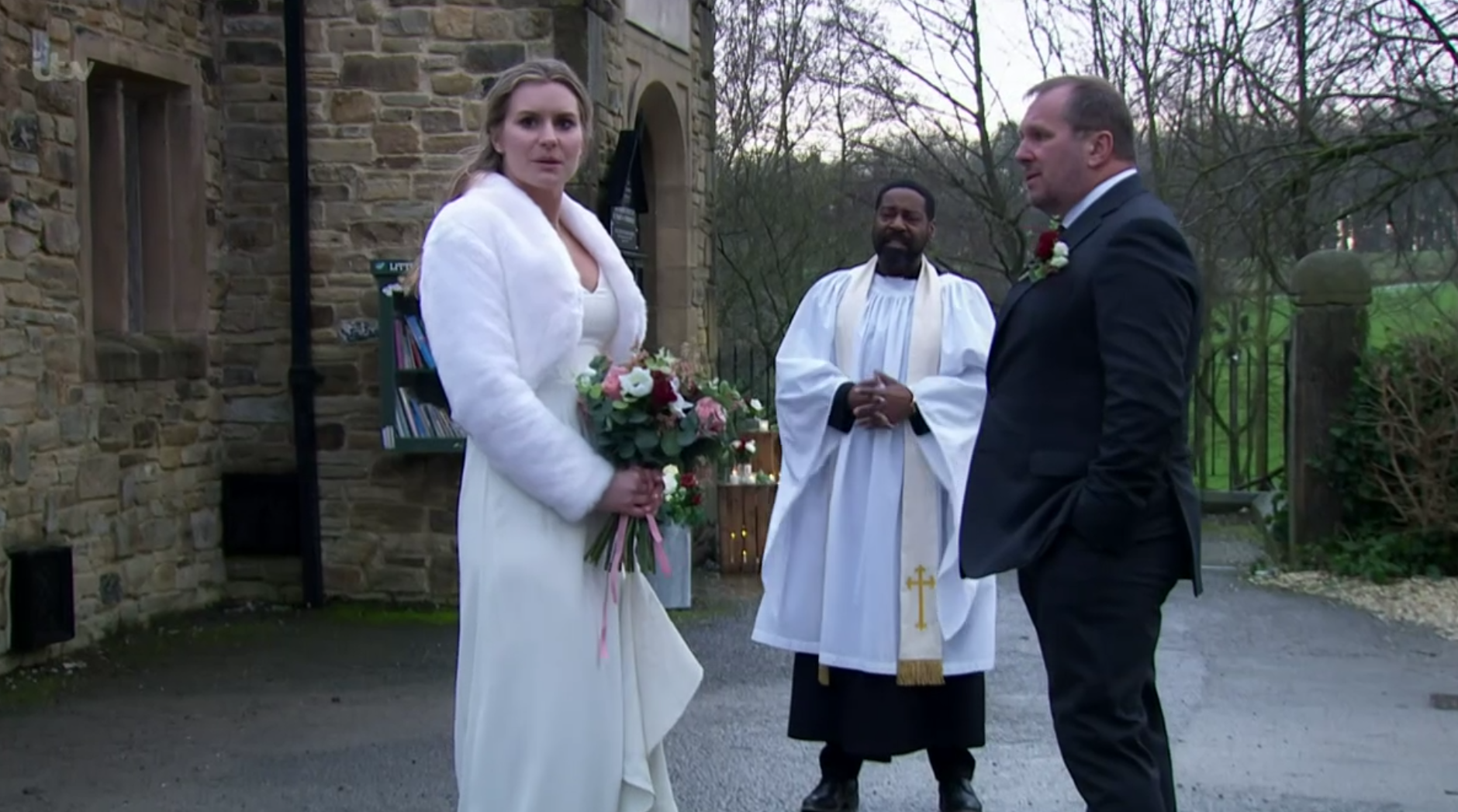 After Dawn and Billy tied the knot, the congregation went outside to some troubling news.

Harriet revealed there was no way Alex could have been the one to destroy her dress – but her warning was brushed aside.

And it was revealed that Kim had been forced to miss the wedding after falling suddenly ill.

Could Meena have poisoned her?

Lucas was desperate for the loo so Harriet took him back to the cottage to use the loo.

And Billy disappeared to sort a surprise for Dawn before they headed to the wedding reception at Home Farm.

She thought it had arrived when a stretch limo arrived for her.

But as Dawn climbed into the limo she was in for a horrifying shock.

“Are we picking up Billy?” she asked the hidden driver.

“Hello?” she shouted as she climbed to the front before opening the curtain separating the driver from the guests.

Seeing Meena on the other side of the glass left Dawn terrified.

Dressed all in black leather and carrying a loaded gun, Meena was in full murder mode.

Dawn was even worse when Meena told her: “Well hello to you too.

“Love the frock – shroud white – very apt. Til death do you part.”

Cutting Dawn off from speaking, Meena told her: “I’m not taking questions so you just get comfy, buckle up and prepare to play for your life.”

However fans couldn’t help but wonder how Meena got a gun.

One wrote: “Right so let me get this right… Meena is on the run, her face must be on some ‘wanted for murder’ list yet she can walk around the village UNSEEN and the cops DONT see her either, she can purchase a GUN and LIMO & no one challenges or reports her?