EMMERDALE fans are convinced Wendy Posner is a sex addict after repeatedly romping with Bob Hope just hours after claiming she didn’t have sex.

The nurse – who is played by actress Susan Cookson in the ITV soap – had been holding back, bed-wise, with new love Bob. 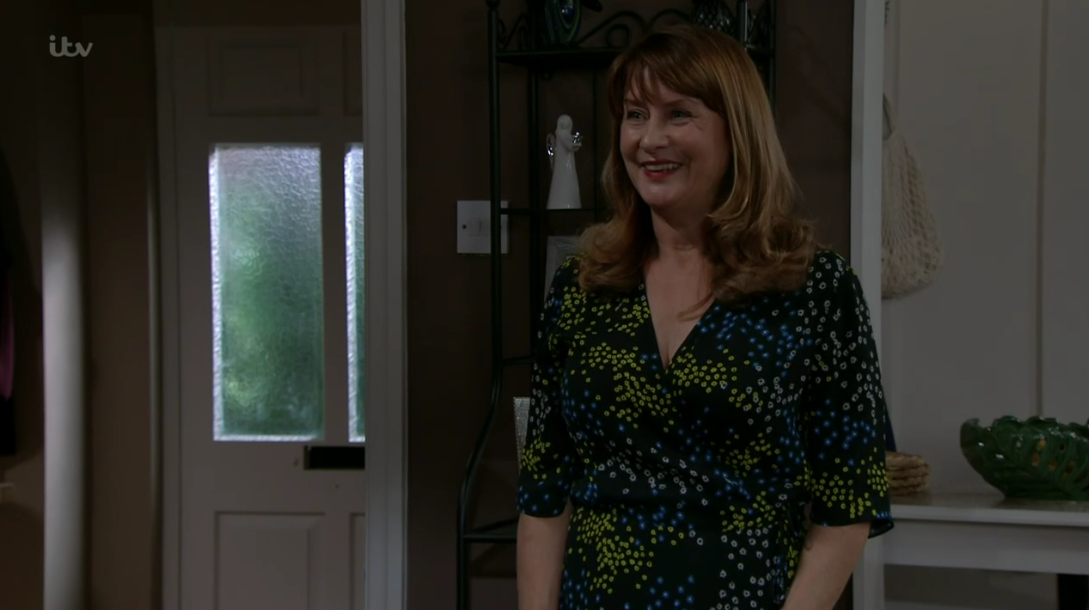 And tonight she admitted she had only previously slept with her ex-husband and for her sex wasn’t a thing.

“We should have had this conversation a while ago but I buried my head in the sand because I didn’t know how to broach it,” she told him.

“When was the last time you got naked in front of someone? It doesn’t faze you. 20 years – that’s how long it has been for me. 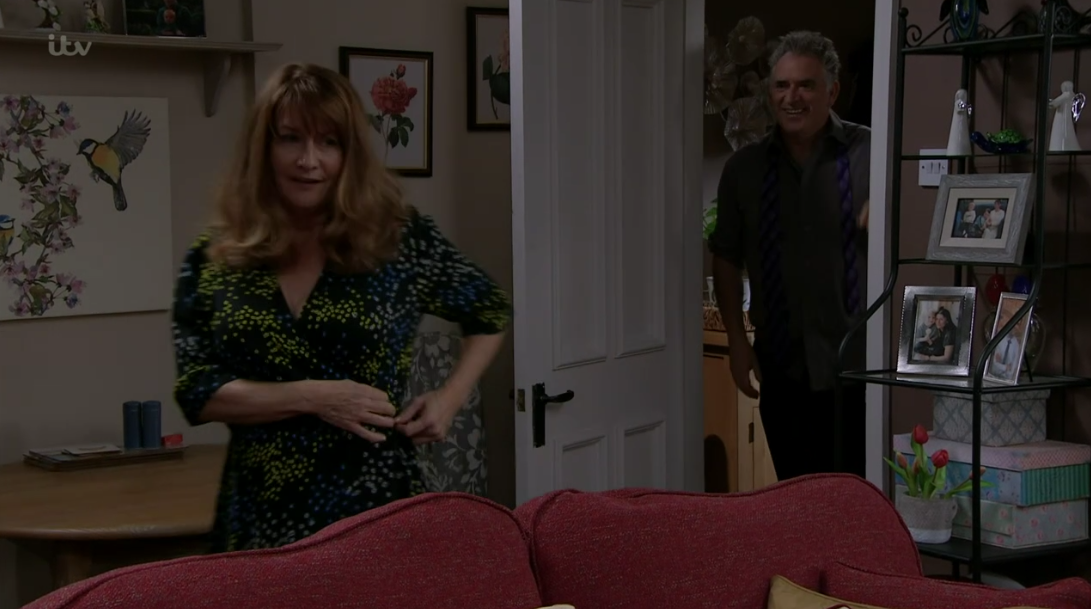 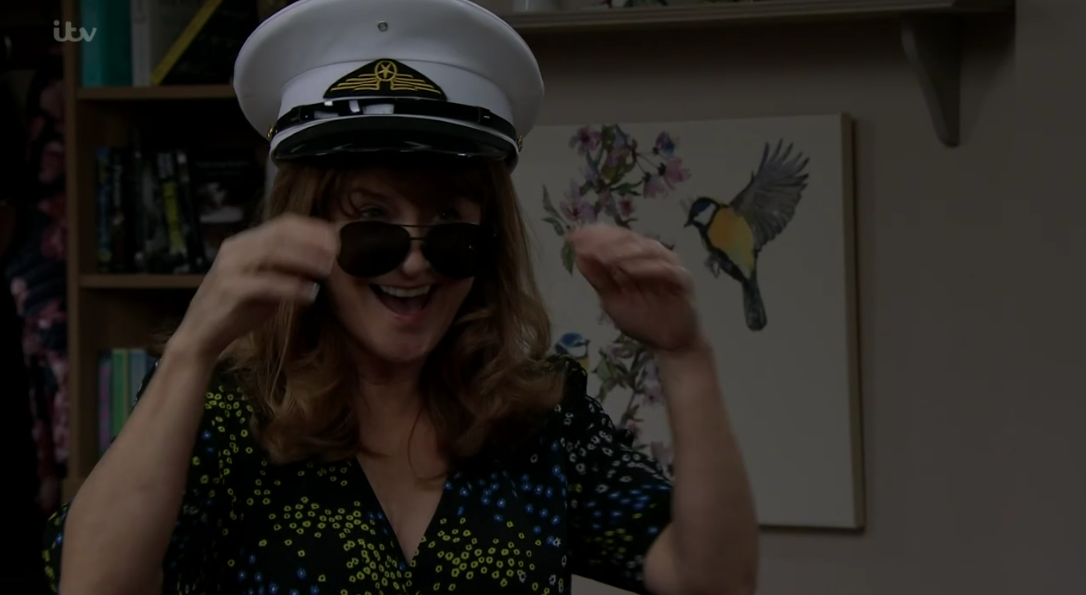 “We’re opposite ends of the spectrum. Imagine we’re going for a bike ride – you’re doing wheelies and I can’t remember how to pedal the damn thing. If I’m honest – even the thought of it fills me with dread.

“You’re a good looking man Bob, and you’re in great shape for your age. I don’t think sex is on my radar – it’s just something I’ve got used to living without.”

Bob told her: “Well it’s not the be all and end all, is it? I’d love to be closer to you but if you don’t want to do it, I’m not going to pressure you. My wandering days are over now – it’s you I want to be with. I love you and I’m here for keeps whether we sleep together or not.” 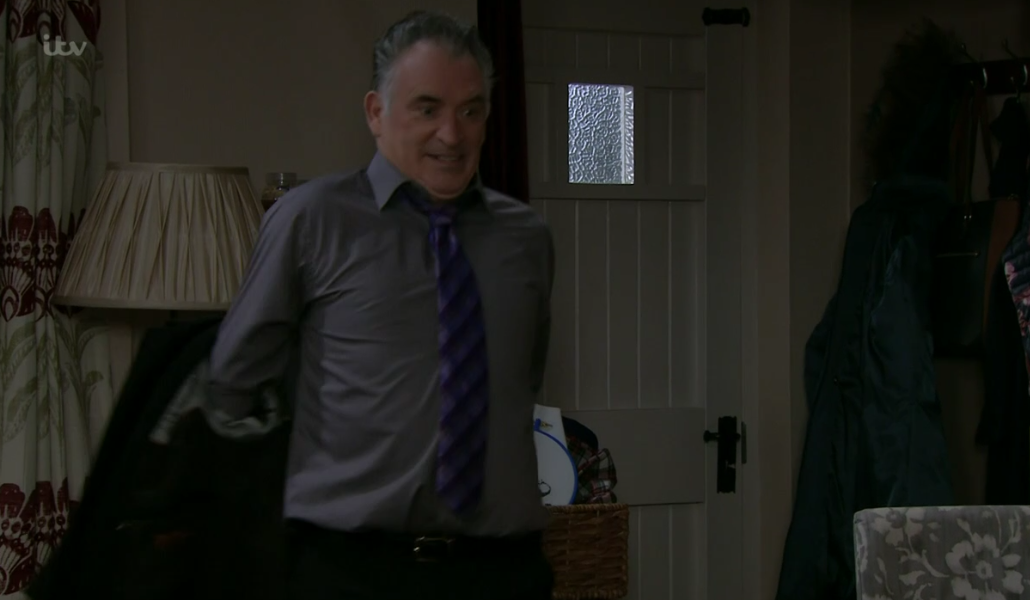 And Bob was more than happy to oblige

But just hours later, Wendy had a change of heart and decided she did want to romp with Bob – and she did, repeatedly until they were interrupted by Dan Spencer.

As soon as Dan left, Wendy was like a woman possessed again.

She pulled out out Bob’s Top Gun outfit and demanded he get back up those stairs and resume their romping.

Viewers were in hysterics and think Wendy’s going to turn into a nymphomaniac by Friday.

One wrote: “Emmerdale Bob definitely need a viagra or 3 cos Wendy’s really got the horn.”

A second said: “To say Wendy hasn’t had sex in 20 years once she’s started she can’t stop now #emmerdale”