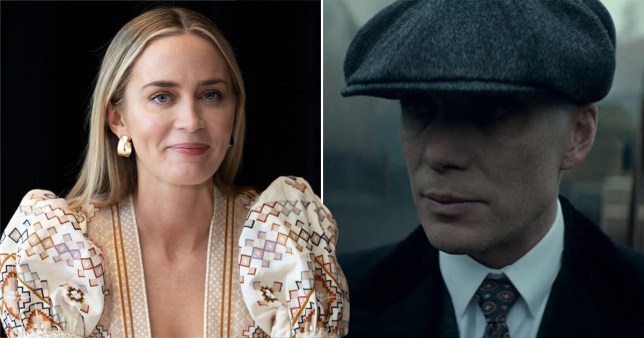 Emily Blunt has revealed why Cillian Murphy hates his Peaky Blinders look in public, emphasising that he is the ‘antithesis’ of his brash character in the period drama.

For the past eight years, Cillian, 44, has portrayed Tommy Shelby in Peaky Blinders, the leader of the Birmingham-based gang in operation in the early 20th century.

Aside from already being recognisable as the star of films including The Dark Knight, Inception and 28 Days Later, the actor undoubtedly stands out from the crowd when he undergoes his Tommy transformation, complete with his undercut haircut.

During an appearance on tonight’s Jonathan Ross Show, Emily, 38, who starred alongside Cillian in A Quiet Place Part II, spoke about the amount of attention her co-star receives, saying that it’s ‘crazy’ that ‘he has websites dedicated to his eyes and cheekbones’.

The Edge of Tomorrow actor said that on a couple of occasions, they ‘dragged’ Cillian out after filming.

‘He quite likes to just go home, take a bath and go to bed,’ she said, adding: ‘When he goes out, I think, when he has his Peaky Blinders haircut he hates it,’ due to him being recognised by fans. 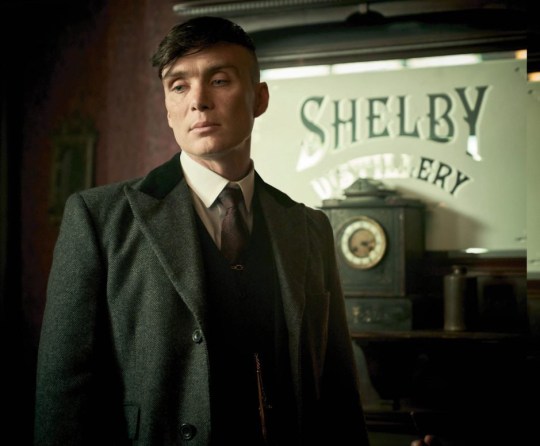 Emily described Cillian as being ‘so arresting to be in a scene with’ and ‘absolutely brilliant’.

Comparing him to Tommy in Peaky Blinders, she said: ‘He’s so polite and shy, the antithesis of his character.’

Emily also told Jonathan Ross that when her husband John Krasinski, who directed A Quiet Place Part II, was casting for the film, Cillian’s performance in Peaky Blinders influenced their decision to bring him on board.

‘Like mainlining it [Peaky Blinders] into my veins. John had written the second script and he said, “That’s it, it’s him”,’ she recalled.

On Friday April 16, Damian Lewis announced that his wife Helen McCrory, who played Polly Gray in Peaky Blinders, had died aged 52 after being diagnosed with cancer.

Cillian paid tribute to his co-star, saying in a statement sent to Metro.co.uk: ‘I am broken-hearted to lose such a dear friend. Helen was a beautiful, caring, funny, compassionate human being.

‘She was also a gifted actor – fearless and magnificent.

‘She elevated and made humane every scene, every character she played. It was a privilege to have worked with this brilliant woman, to have shared so many laughs over the years.

‘I will dearly miss my pal. My love and thoughts are with Damian and her family.’

The Jonathan Ross Show airs tonight at 9.35pm on ITV.