Emeli Sandé has admitted it was ‘killing me not to be my real self’ before she came out and revealed her same-sex relationship.

The My Kind Of Love singer told Metro.co.uk in March that she had found love with a woman, classical pianist Yoana Karemova, and that she feels happier than ever.

And while Emeli is still riding on cloud nine after proudly sharing news of her romance, she explained on Loose Women that she struggled with not being able to present her authentic self before taking a break from the music industry.

Speaking to Coleen Nolan, Christine Lampard, Janet Street-Porter, and Judi Love, Emeli said: ‘I wasn’t sure coming out and talking about my new relationship…

‘I wasn’t sure how people would see that, but it definitely got to a point in my life where I felt I have to me, I really have to be because it’s killing me not to be my real self.’

Emeli added that during her musical hiatus, she felt a real need to discover what it meant to be a women

‘There were so many things, like the hairstyle, that I felt didn’t really represent who I really was,’ she reflected.


Emeli said she wasn’t being her real self before taking a musical hiatus (Picture: ITV) 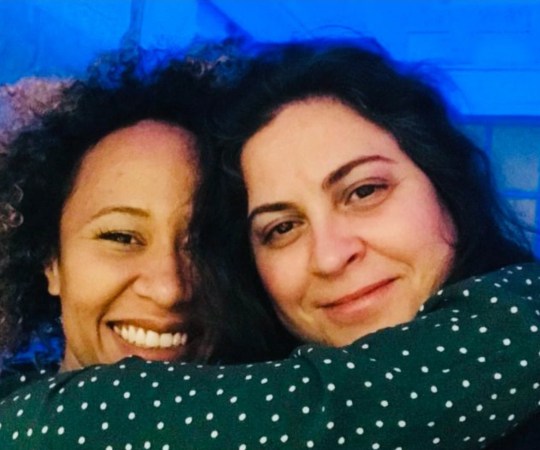 Emeli went public with her relationship in March (Picture: Instagram)

And making the changes has done Emeli the world of good, as she enthused that she now feels ‘really relaxed’ every time she goes on stage.

Emeli was previously married to marine biologist Adam Gouraguine, with the former couple tying the knot in 2012 before announcing their split two years later.

Speaking to Metro.co.uk about how she met her new partner, she said: ‘We met through music. And I definitely feel happier than ever. It feels great.’

‘For me, true love and having love in your life makes everything fit into place,’ said added.

Emeli is avoiding labelling her sexuality, saying instead that she ‘can fall in love with anybody at any time, and right now I’m in love with Yoana and that’s it for life.’

She also admitted that she has felt attraction to both men and women since childhood, but ‘being out and being proud’ is new to her.