Eggheads will move to Channel 5 for its 22nd series after 18 years on the BBC.

Channel 5 announced the shock move today, confirming Jeremy Vine will continue to front the long-running game show, which sees quiz teams try their luck against some of the most notorious quiz champions in the UK.

The Eggheads are made up of some of the most esteemed brainboxes around, including the first ever Who Wants To Be A Millionaire? winner, Judith Kepple.

Vine broke the news on his self-titled programme, The Jeremy Vine Show, today while playing a game of Hangman with viewers.

Audience members phoned in to offer up letters, with Kepple cleaning up to unveil the word ‘Eggheads’ before Joanna Lumley confirmed the show is coming back.

An excited Vine said: ’The programme which I presented for more than 10 years, Eggheads, one of the greatest quizzes in the history of British TV, is moving to Channel 5 later this year.’ 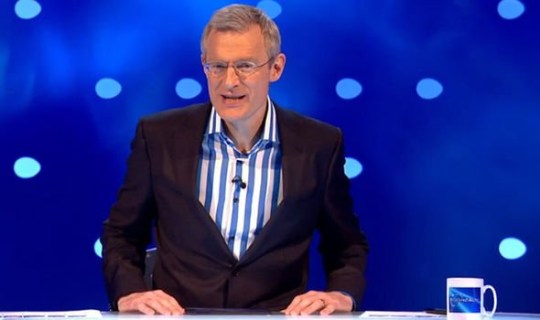 ‘I’m thrilled to bits,’ enthused Kepple, who called in via Zoom. ‘I can’t tell you how lovely it will be to have something to do at last.

‘I can’t wait to be reunited with the mighty Eggheads and see new teams try to take them on,’ he said in a statement.

‘I’m sure fans of Eggheads will share in my delight that it has found a new home on Channel 5.’

Commissioning Editor Daniel Pearl added: ‘I’m delighted that Eggheads, one of the UK’s most loved quiz shows, has found a brand-new home on Channel 5.

‘This is yet another step in the transformation of Channel 5 as it grows its audience rapidly.’