EASTENDERS fans are fearful of Kat Slater’s life after Ben Mitchell found out she snitched on him to criminal Stas.

The crook – played by actor Adam Young in the BBC soap – was told that the Mitchell family had been taking the mick out of him behind his back.

What will Ben Mitchell do to Kat Slater to get revenge?Credit: BBC

Earlier this week he confronted Ben (Max Bowden) about it all in an intense showdown in The Arches.

The mechanic played stupid before Stas flat out asked him: “Did you and your dad call me mad? Tell the truth or someone is getting hurt.”

A worried Ben finally admitted to saying the words and Stas decided to pull out of his agreement with the bad boy and his business partner Kheerat.

He wanted his money back there and then and luckily Kheerat’s brother Vinny was on standby to bring it to them.

Stas was ready to shoot someone in Monday night’s episodeCredit: BBC 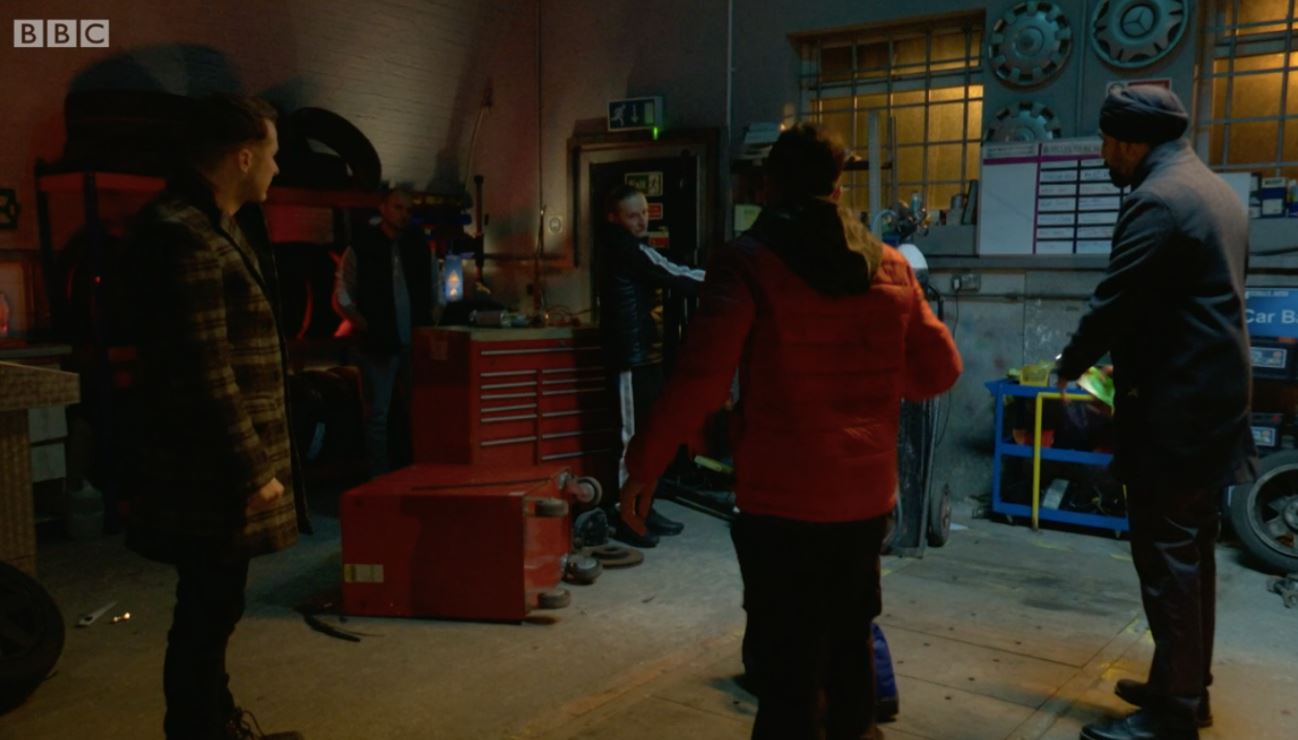 Luckily Vinny arrived at the garage in time to save the boysCredit: BBC

Ben, Kheerat and Vinny all left the garage unharmed.

Later on an intrigued Ben bumped into Stas at the Minute Mart and he asked him who had stitched him and his dad up.

The criminal went on to take the mick out of Ben before saying: “I’m only joking Benji, I like you boys. 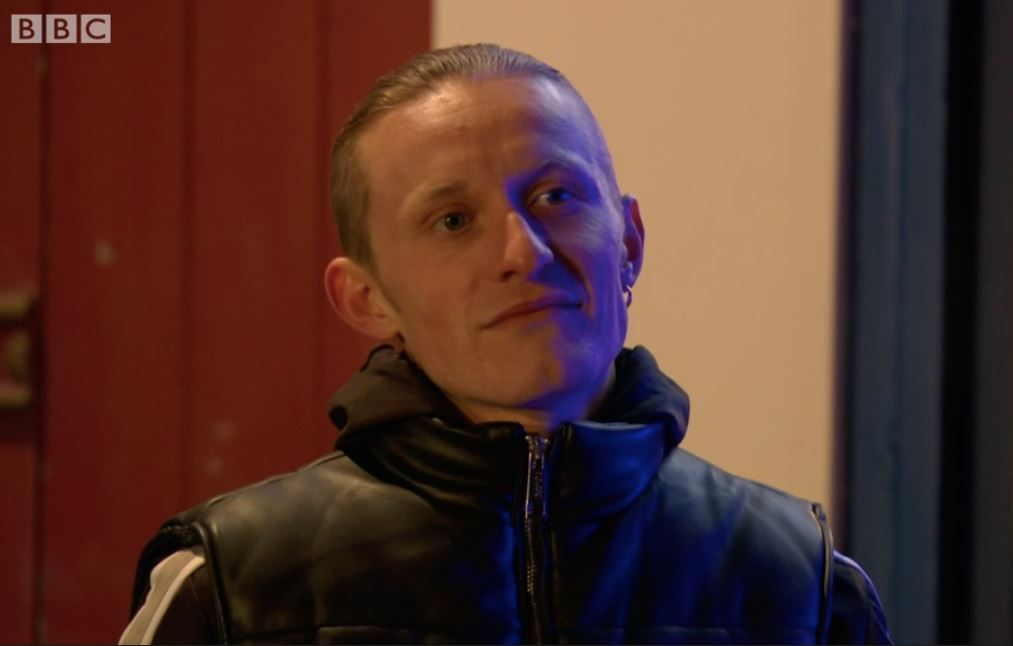 Ben asked Stas who told him that they’d been talking about him behind his backCredit: BBC

Ben looked over at Kat is disgustCredit: BBC

“I mean you don’t really think I have a screw loose, do you?”

Ben replied: “Stas, the person who told you what we said… it was Sharon wasn’t it?

The camera panned over to the Queen Vic, where Kat Slater was seen stepping out of the pub.

“It was her,” Stas revealed. 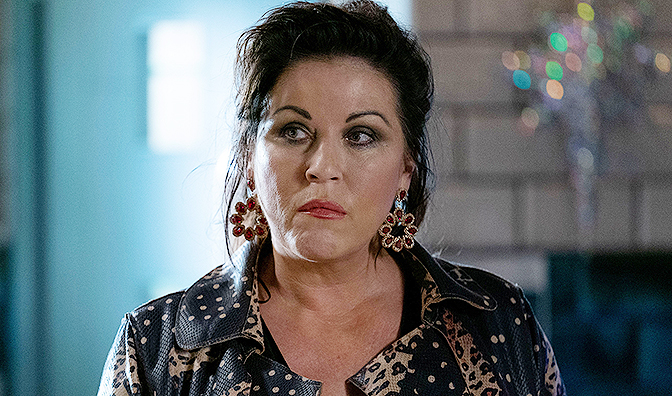 Kat snitched on Ben and dad Phil to get her own backCredit: BBC 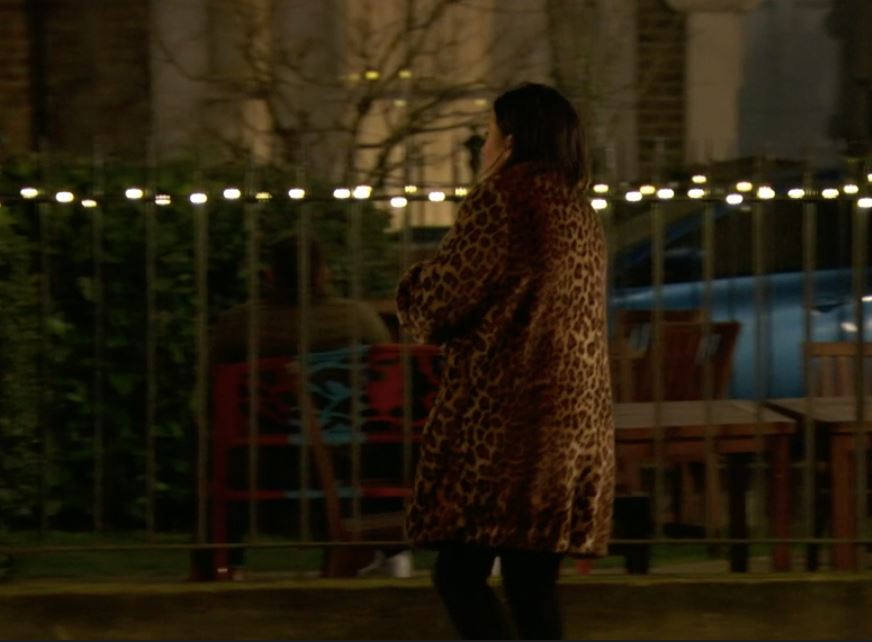 The camera panned back on Kat Slater leaving the Queen VicCredit: BBC

Fans of the soap are convinced that Ben is going to try and get his own back for her wrongdoing.

One wrote on Twitter: “Uh oh. Kat’s in trouble. #eastenders.”

Another added: “Ben knows about Kat and now she’ll suffer.”

Meanwhile viewers were left shocked when Kush Kazemi was beaten to the floor by Martin Fowler in a violent showdown.

Kush tried to calm Martin down after Ruby framed Stacey for killing her unborn baby – but ended up getting punched in the face.

Watch EastEnders every Monday, Tuesday, Thursday and Friday on BBC On