NOT many Albert Square residents have managed to be unanimously praised by soap fans.

However, many EastEnders viewers took to a Digital Spy forum with the same comment about Eve Unwin.

Eve Unwin made her first appearance in EastEnders in October, 2021Credit: BBC 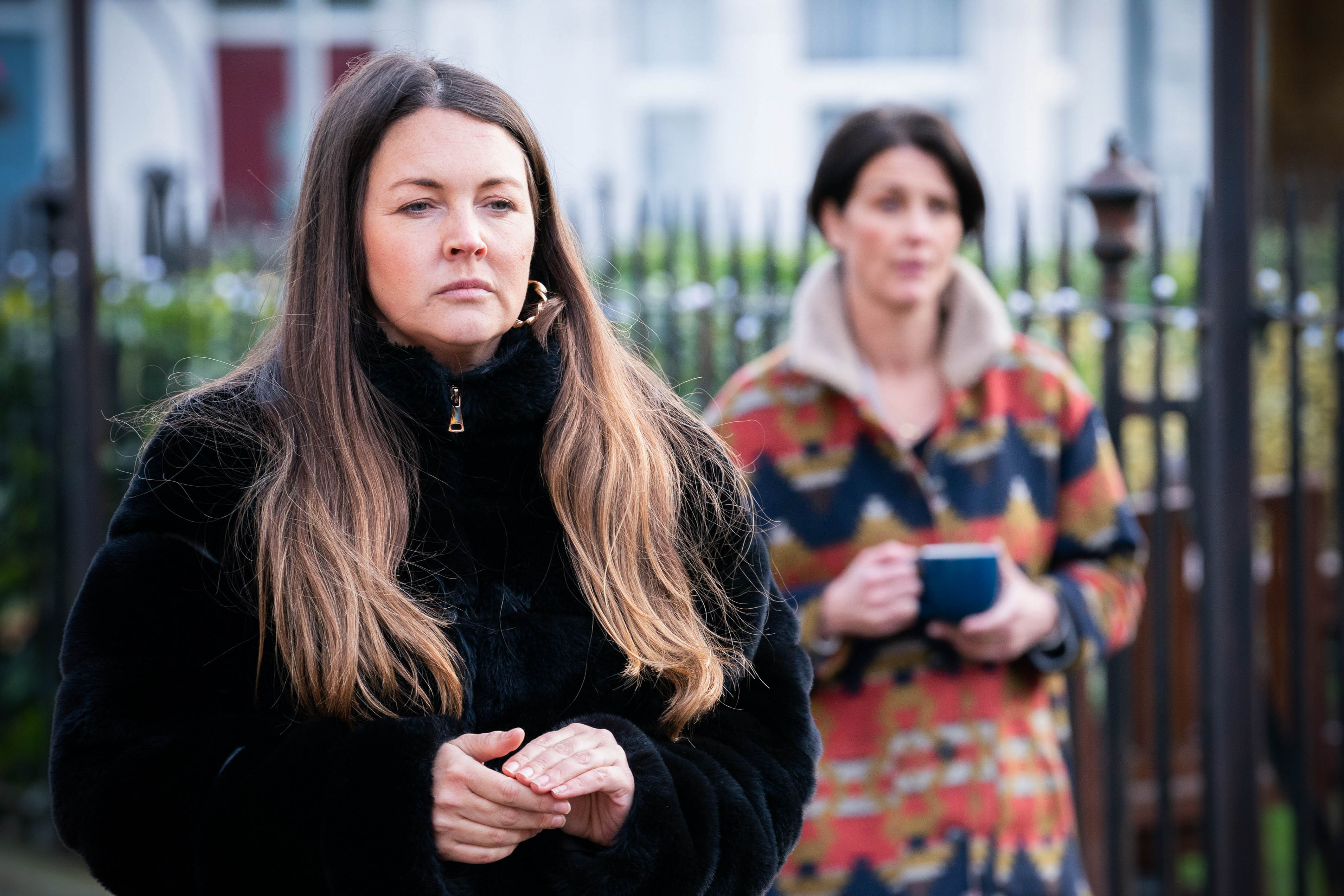 She was introduced as Stacey Slater’s wife – but it was a marriage of convenienceCredit: BBC

She has since explored her romantic potential with Suki PanesarCredit: BBC

Actress Heather Peace made her Walford debut in October, 2021, when she joined the soap line-up as Stacey Slater’s wife, a former convict and solicitor.

Since she wedded Stacey in order to be released on probation, Eve progressively found her mark in the fictional London borough.

Better yet, the tough-as-nails character has warmed the hearts of many fans as she tries to be present for a guilt-ridden Suki Panesar, with whom she shares a romantic connection.

Multiple BBC One viewers turned to the Digital Spy forum with the same remark about Eve.

According to them, Eve contributed in keeping EastEnders afloat.

“Is it just me who loves Eve as a character? She brings such warmth and humour to the show, but can also do drama really well”, one viewer wrote.

They added: “Heather Peace is such a great actress and I really hope she sticks with EE for a while.”

“I know she’s had many other roles in the past and probably wouldn’t struggle for work, but I think Eve is such a great character with potential for a long-term future on the show.”

Another viewer quickly responded with: “Agree with everything you said. She’s excellent”, as a third penned: “She’s a good character always enjoy watching her.”

“I love her. Really good actress and character”, another praised.

One fan elaborated: “She’s actually such a revelation for me. I rolled my eyes at Stacey being given a ‘wife’ and thought she would just be there for shock value and then head off, but she’s a really nuanced character.”

“So many EE characters have become caricatures of themselves but Eve really is someone you could meet in any local pub and end up having a great chat with.”

Another viewer echoed: “She’s effortlessly fitted into the show and brings the best out of every character she interacts with, from acting as a balance to the dramas in the Slater household, to showing a more human side to Suki, to simply sitting in the pub chatting to just about anyone.”

“She’s exactly the kind of character EastEnders has been sorely lacking over the last few years – relatable and easy to care about. I hope she sticks around for a long time.”

“She is fab one of best additions to the cast in a long time”, a final EastEnders fan commented.

But while many fans agreed Eve was a breath of fresh air in the long-running program, one admitted they were afraid to see her getting closer to Suki.

“I do like eve but with her getting close to suki I have an awful feeling she’ll find out about the murder and Ravi will kill her to keep his secret”, they speculated.

As mentioned above, Suki and Eve have tried to explore their romantic potential in recent weeks – which has always been a challenge for the businesswoman as she struggles to come to terms with her sexuality.

Despite often being given the cold shoulder, Eve continues to stick around for Suki.

Could this put her in danger as gangster Ravi Gulati roams free?

EastEnders fans have unanimously praised Eve on a forumCredit: BBC

But could her connection with Suki put her in danger?Credit: BBC