IT seems after multiple delays and a budget blowout the new EastEnders set is almost done.

The new EastEnders set is being built at the BBC’s Elstree Centre in Borehamwood, opposite the current one used on screen. 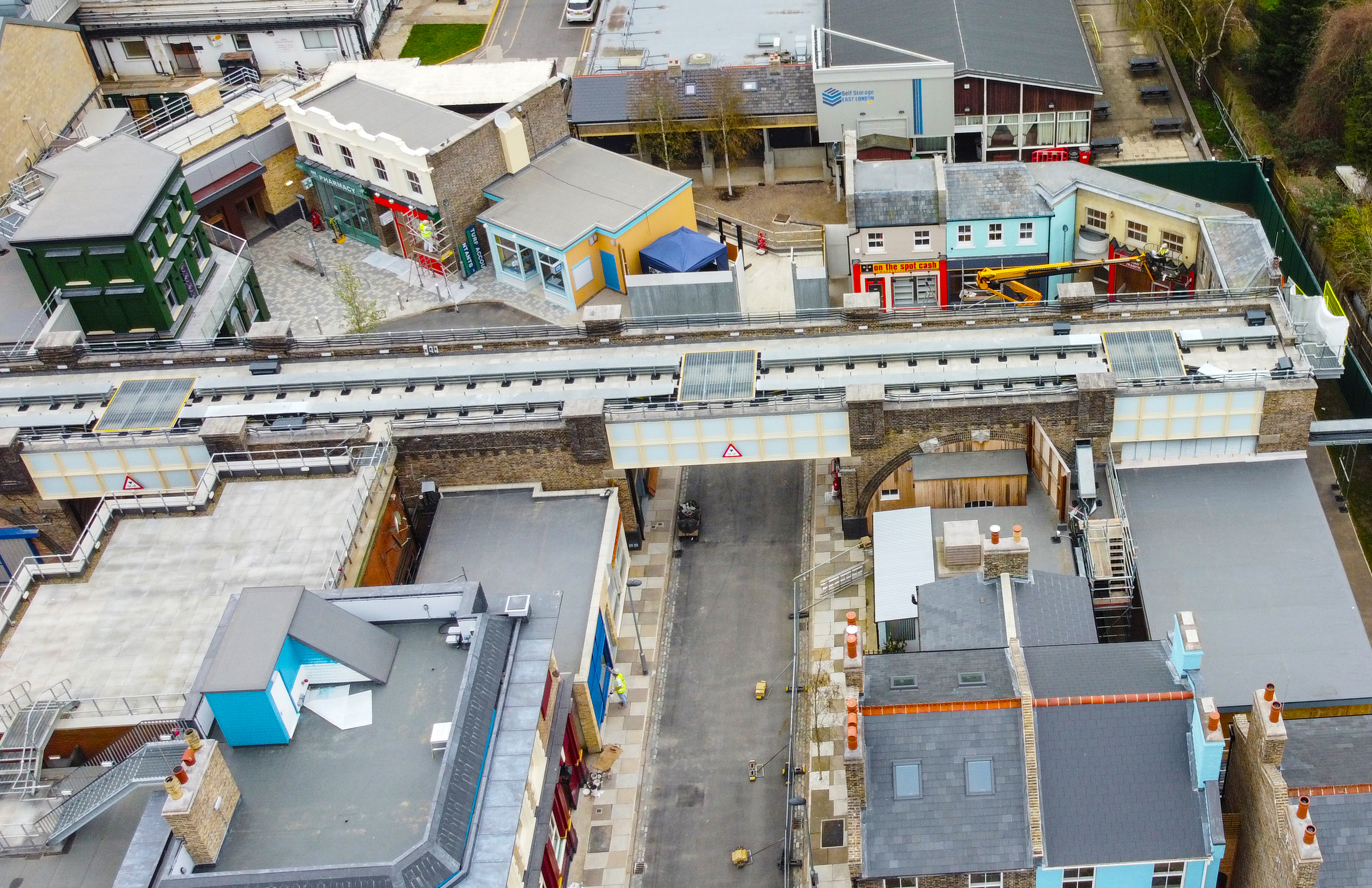 Construction on the new Eastenders set is reportedly completedCredit: ISO

Builders were spotted packing up tools and leaving the worksite this week, suggesting the new Walford is just about complete.

The tradies packed up their gear and left the set in Borehamwood according to a report in the Mirror.

Construction on the controversial new set was understandably greatly delayed to the coronavirus lockdown, but the global pandemic wasn’t the only roadblock to getting it finished.

The project has come under fire for being expected to go over budget by a staggering £27 million as well as taking three years to complete. 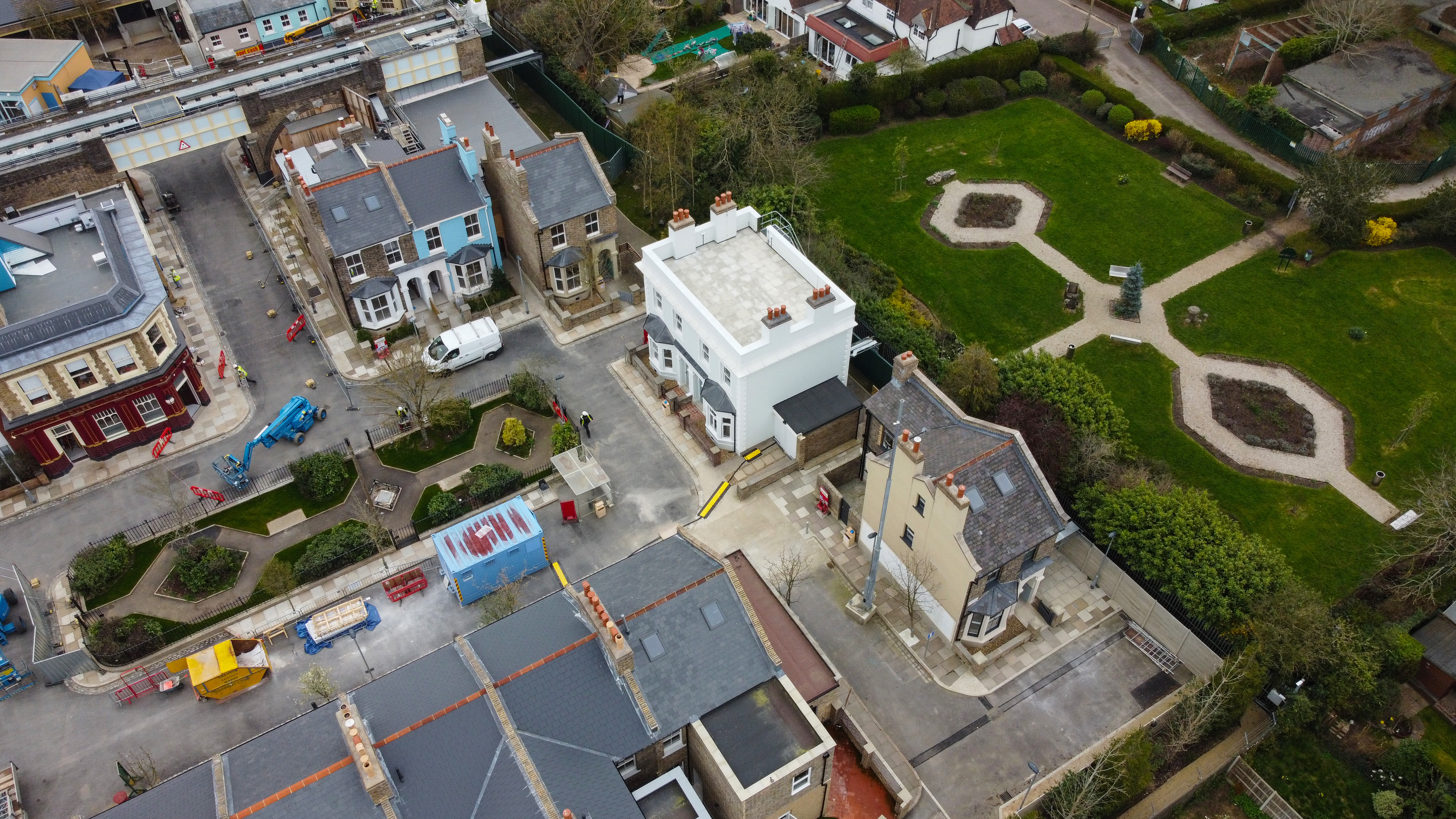 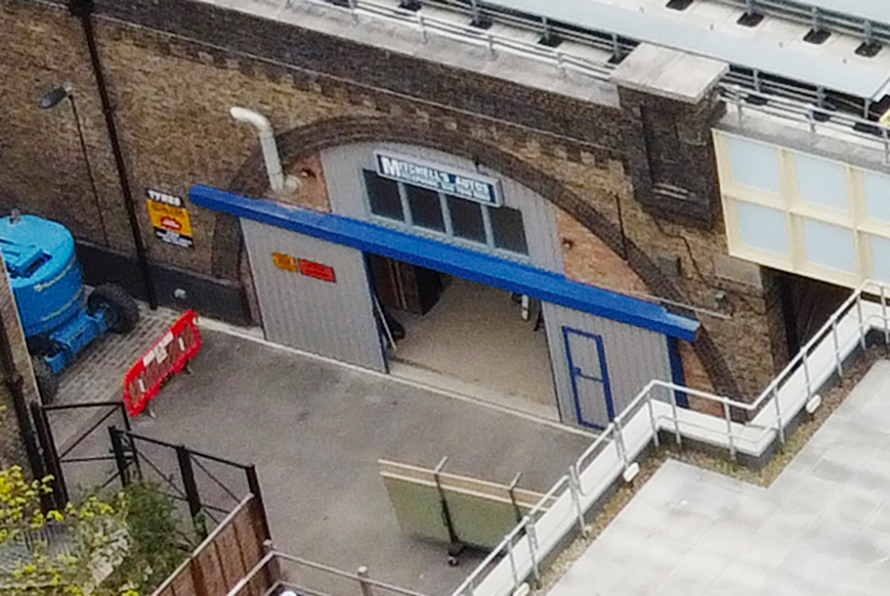 BBC rejected any claims of ‘complacency’ in regards to getting the set built saying it had come across unexpected hurdlesCredit: ISO 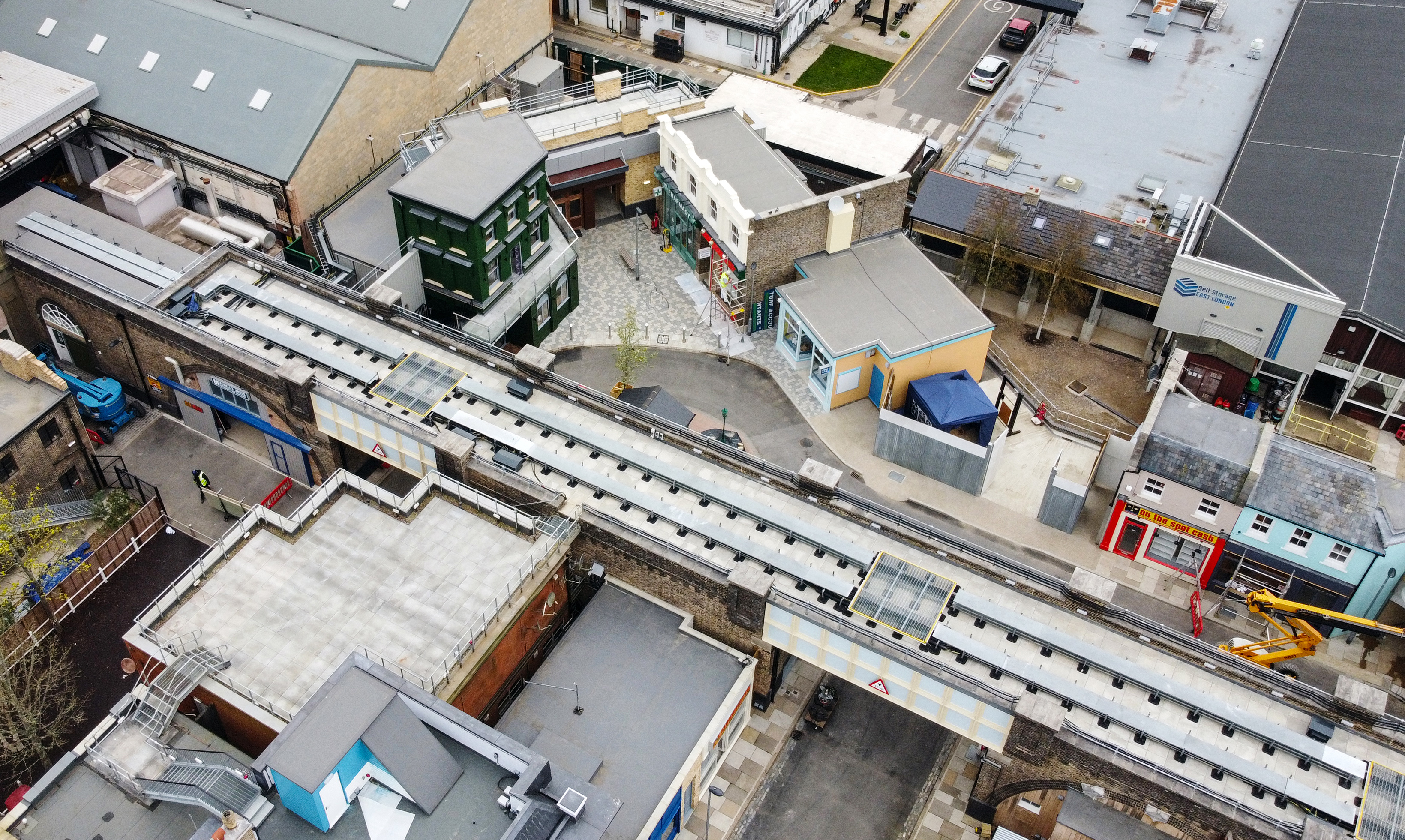 EastEnders showed fans a glimpse of the new Queen Vic in April last year, as it was finally taking shape on the corner of the Square.

The new updated set also includes additions to the Square including a block of flats as well as a railway tunnel and line for the famous Walford East tube station.

The new set will replace the show’s original one, which was built in 1984 from steel frames, plywood and plaster brick panels.

BBC bosses took on the mammoth task of building a new set to make Walford HD-ready. 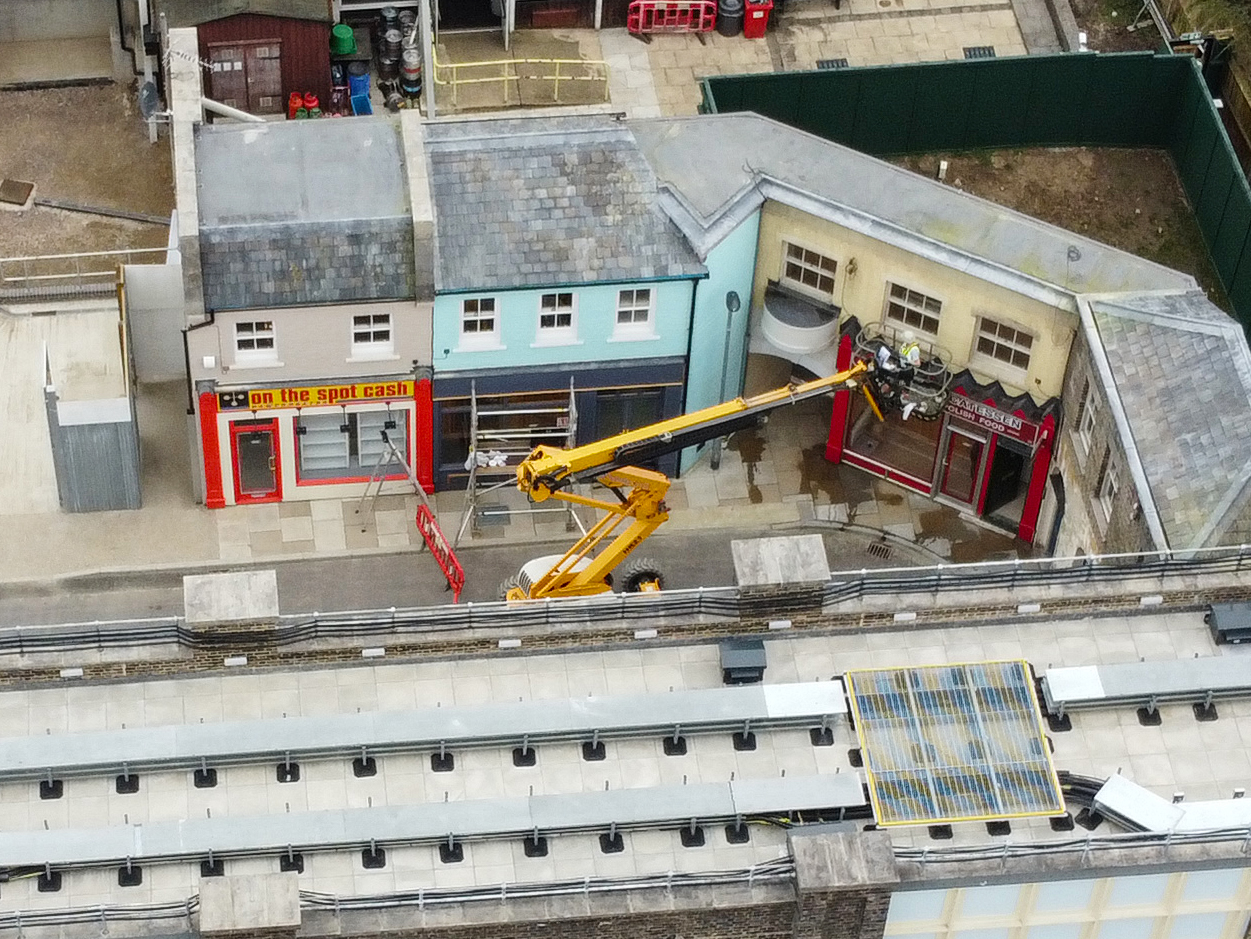 The new set also features a new block of flats and a ‘back lot’ to ‘better reflect modern East London’Credit: ISO

The current set was built back when the show originally launched in 1984 and was only intended to be used for two years.

The current set is stopping EastEnders from filming in HD as show bosses fear viewers would notice that the fronts of the Queen Vic and its surrounding buildings are made of plaster and plywood.

The HD set’s buildings will be made entirely out of brick, but look identical to the old ones.

The BBC said in a statement: “The set of EastEnders was built in 1984 and only intended for use for two years. 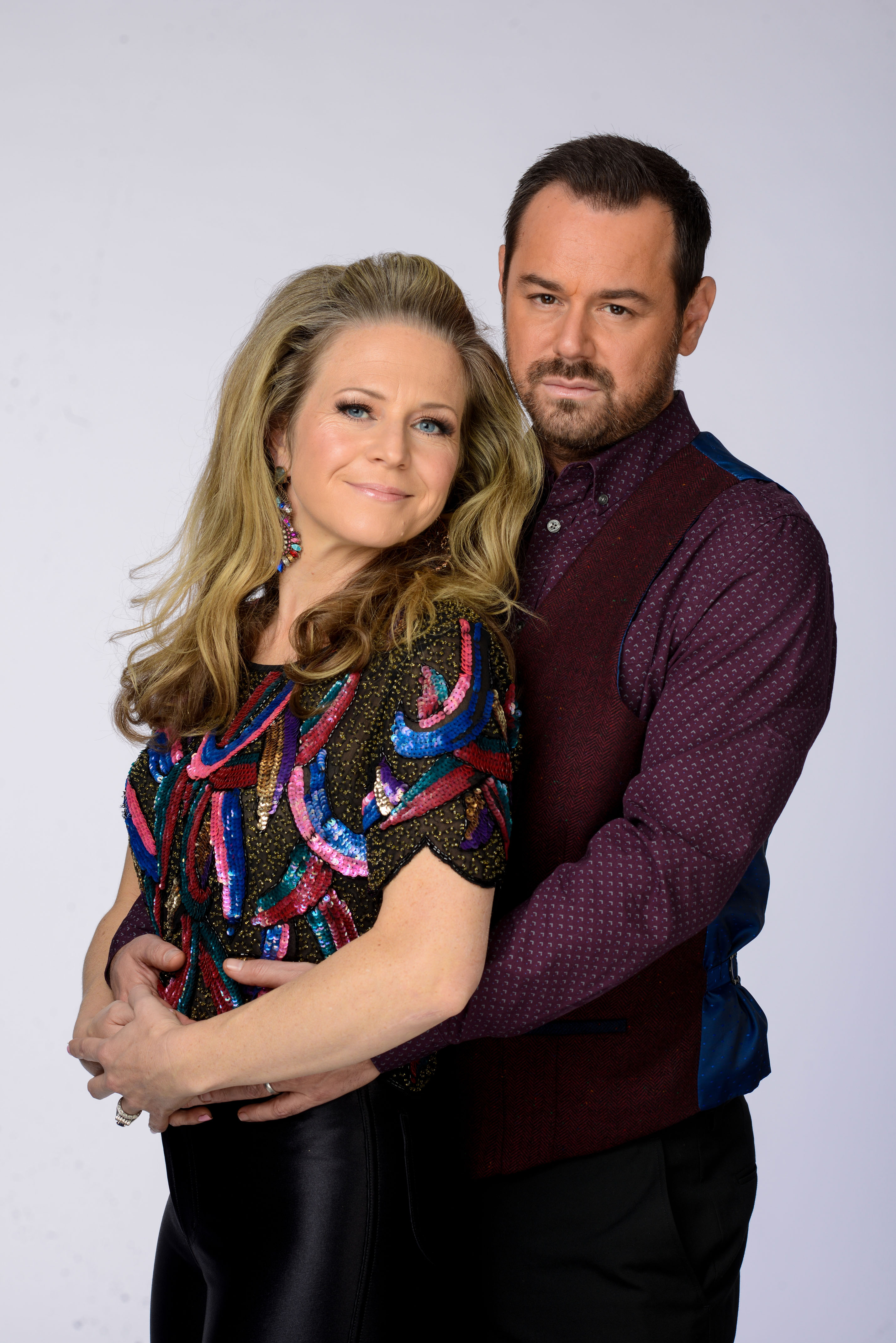 Linda and Mick Carter are back running the Old Vic in Albert SquareCredit: WARNING: Use of this image is subject to the terms of use of BBC Pictures’ Digital Picture

“Over 30 years later, the show remains one of the BBC’s flagship programmes and yet is filming from a set that is no longer fit for purpose.

“The new set will be suitable for HD filming for the first time and extend Walford to better reflect modern East End London.”

EastEnders have announced that the set, which was originally supposed to be completed by 2018, won’t be ready until around 2023, so fans will have to wait a few years for more news on potential visits.