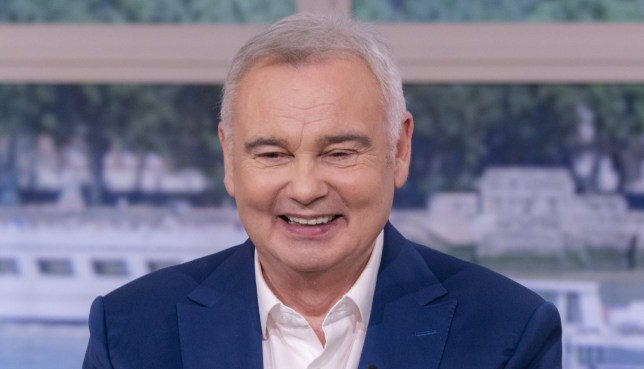 Eamonn Holmes is thrilled to return to This Morning on Monday (Picture: Rex Features)

This Morning viewers haven’t seen the last of Eamonn Holmes this summer as the TV star will replace Vernon Kay and Alison Hammond on the programme this week.

Vernon, 47, announced he was pulling out of co-hosting the ITV series alongside Rochelle Humes after testing positive for Covid. He was due to appear on Tuesday, Wednesday and Thursday.

It’s since emerged that Alison, who was scheduled for Monday, has also fallen ill and no longer able to present.

ITV producers were said to be scrambling to find a replacement and they didn’t have to look outside the This Morning family at all.

Confirming he will be stepping in, Eamonn tweeted on Sunday: ‘But just when u thought you’d got rid of me …. sickness with @AlisonHammond and @vernonkay  means I’m off the bench .Get well soon to them but I have my Boots on and I’m ready to play.

‘Monday and Tues line up is now myself and @RochelleHumes . Hope you can join us.’

Eamonn, 61, thought he was done with his stint last week after he and wife Ruth Langsford filled in for Holly Willoughby and Phillip Schofield throughout August. Regular presenters Holly and Phil are busy enjoying their summer holiday but will return in September.

I’m A Celebrity… Get Me Out Of Here star Vernon had earlier revealed he was stepping down as guest host after contracting Covid.

He told The Sun: ‘I’m absolutely gutted that because of a positive Covid test I’m no longer able to present on This Morning next week with Rochelle nor do Radio 2 guest hosting and Steve Wright’s cover, two iconic shows which I’ve been a fan of for decades.’

This Morning returns to ITV at 10am on Monday.