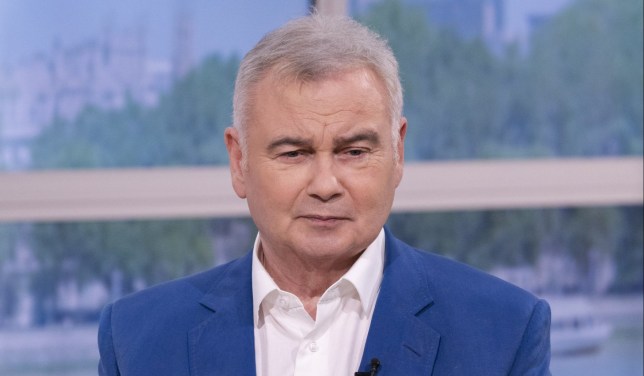 ‘It’s good to know what to look out for,’ he said (Picture: Ken McKay/ITV/Rex/Shutterstock)

Eamonn Holmes has urged people to become aware of the symptoms of shingles while sharing a throwback picture showing his face covered in a nasty rash.

The NHS explains that shingles is an infection that can cause people to suffer a ‘painful rash’, with first signs including feeling a tingling or painful feeling in an area of your skin and suffering from a headache or feeling unwell, with a rash appearing one one side of the body after a few days.

It’s a condition that one in four people may experience in their lifetime, a report by pharmaceutical company GSK states.

In a post shared on social media, GB News presenter Eamonn, 62, uploaded a picture of his face inflamed by the rash, revealing on Twitter that the photo was taken four years ago.

‘Ageing puts you at higher risk of shingles (esp. 50+) so it’s good to know what to look for,’ he wrote on Instagram.

The former This Morning host previously opened up about his experience with the condition, saying he knows ‘how painful and exhausting it can be’.

Several people sent Eamonn messages of support underneath his most recent post, although some of his followers didn’t realise that the picture was taken several years ago.

‘Shingles are the absolute worst @eamonnholmes ! The pain is horrific,’ one fan responded, while Carol Vorderman commented with a heart emoji.

The NHS explains that when a person is suffering from shingles, they’ll usually see a rash develop on their chest and tummy, but it can arise anywhere on the body.

‘The rash appears as blotches on your skin, on 1 side of your body only. A rash on both the left and right of your body is unlikely to be shingles,’ the national health service states, stressing that members of the public should call 111 if they’re worried they might have the infection.

A few days ago, it was announced that Eamonn was taking a break from hosting GB News as he prepares to undergo back surgery for his chronic pain.

Having suffered from chronic pain for the past 18 months, he said: ‘I pray that God will guide my surgeon’s hand this week and help me get back to the man I used to be.’

Continuing to The Express, he said: ‘The thing is I might have a way out. So many others will never have that hope and that can be the most crushing pain of all.

‘I am hoping that this will be a Back to the Future procedure and that I go back to the way I was 18 months ago.’