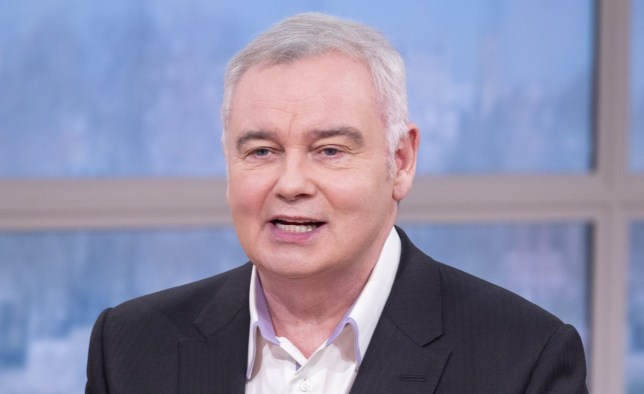 Eamonn is due to host This Morning next week with Ruth (Picture: Ken McKay/ITV/Rex)

Eamonn Holmes has shared that he’s feeling hopeful about his ‘progress’ for treatment of his chronic pain after recently visiting hospital in agony.

Earlier this week, Eamonn, 61, revealed that he was in hospital after suffering ‘pain like I’ve never experienced in my life’.

The This Morning presenter tweeted: ‘Need to find out what’s causing this,’ asking that his fans ‘wish me well.’

Following an outpouring of support, Eamonn returned home from hospital ahead of his and Ruth Langsford’s return to This Morning next week during the Easter holidays.

In a new update, the broadcaster expressed hope that the physiotherapy he is undergoing is having a positive impact.

‘First physio session of the day finished. Best one yet,’ he tweeted. ‘Feel like progress happening. Energy really flowing. Let’s hope it stays that way.’

Several well-wishers sent him messages of support, with one praising him for speaking out about his pain as it could ‘encourage others to seek help for back pain like this who might otherwise have not tried’.

Another fan remarked: ‘Brilliant glad you have got some relief from your pain.’

‘Fingers crossed!!!!! I hope you are pain free very soon,’ someone else wrote. 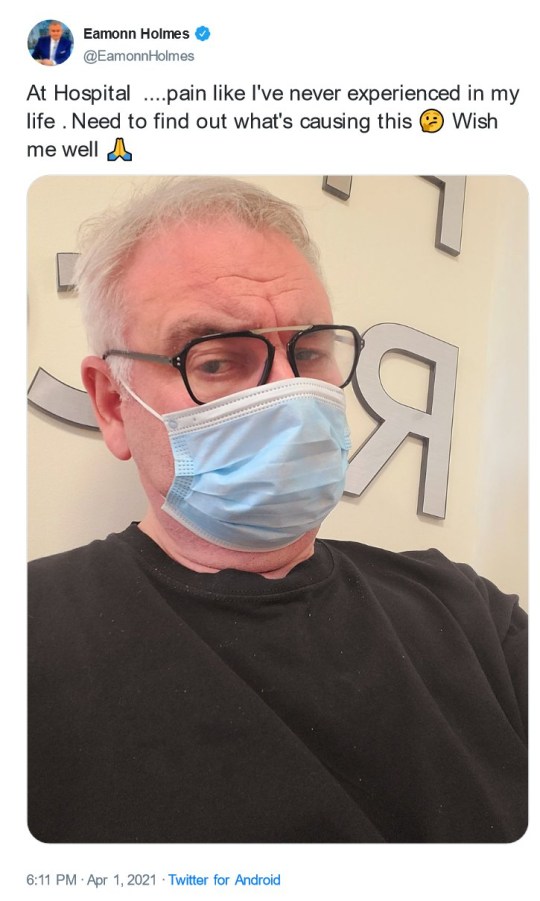 On Friday’s edition of Good Morning Britain, presenter Charlotte Hawkins shared on-air that Eamonn had left hospital and was recovering at home.

‘Just to say, because I was messaging Eamonn last night, when I saw the picture he put up. Obviously everyone was worried about how he is,’ she said.

‘He said, “Don’t be worrying about visiting me.” He says “I’m not in hospital”, he was at hospital for tests.

‘But of course, we do send him all our love, get well soon Eamonn. We’re thinking of you.’

Despite his hospital visit, Eamonn is planning on resuming presenting duties with Ruth on This Morning next week.

He vowed to be a ‘voice’ for people who suffer from chronic pain during his stint on the programme.

Eamonn and Ruth will be presenting This Morning next week from 10am on ITV.