FORMER islander Amy Day revealed why this year’s series was different to the others – as they were forced to be their own hair and makeup artists.

This year’s islanders have been showcasing outfits from I Saw It First, JD Sport and Pretty Little Thing.

Amy revealed the DIY hacks the girls had to do due to there being no glam squad this yearCredit: Instagram

However, the glam squad was banned this year due to Covid-19, therfore the girls had to do their own hair and makeup.

The girls learnt many DIY hacks while being their own glam squad.

Dumped islander Amy Day, 25, unveiled some Love Island secrets during a Q and A on her Instagram.

One fan asked: “What about hair and nails on the villa? Was there people there to do that?”

Amy replied: “Nope! We had stick on nails and I had to go over my roots with dark brown eyeshadow.”

Another fan asked: “Did you have a makeup team and glam team on Love Island?”

Amy responded: “Nope! I know on previous series they did but due to Covid we could not have that luxury.”

Viewers rarely see Islanders wear the same outfit twice, as every week they are given free items by online fashion retailers.

Our mole said: “Producers drop in a bag of clothes for each Islander with specially selected outfits but they all end up swapping.

“While some of them are already influencers, most of them are chuffed to receive free clothes.

“Although you see them leave the villa with a single suitcase, in reality they go home with three suitcases stuffed full of newly acquired goods.”

Islanders from previous years seemed to have different rules as Kady McDermott recalled: “We had our nails done once the whole time. I was there for six weeks!”

Meanwhile, Olivia Attwood from 2017 said she did her own hair and makeup up until the final.

She told Ok! magazine: “I have heard that in recent series, people come in to do maintenance on hair extensions and nails.

“On my series, there was absolutely nothing apart from the last week. Us girls who were in the final had someone come in to do our hair and nails.”

She continued: “A couple of times through the series, they’ll have maintenance people coming in. It was hard because you get so used to having your own hairdresser or nail technician, plus with the language barrier, it’s hard to make sure you were getting the right thing. 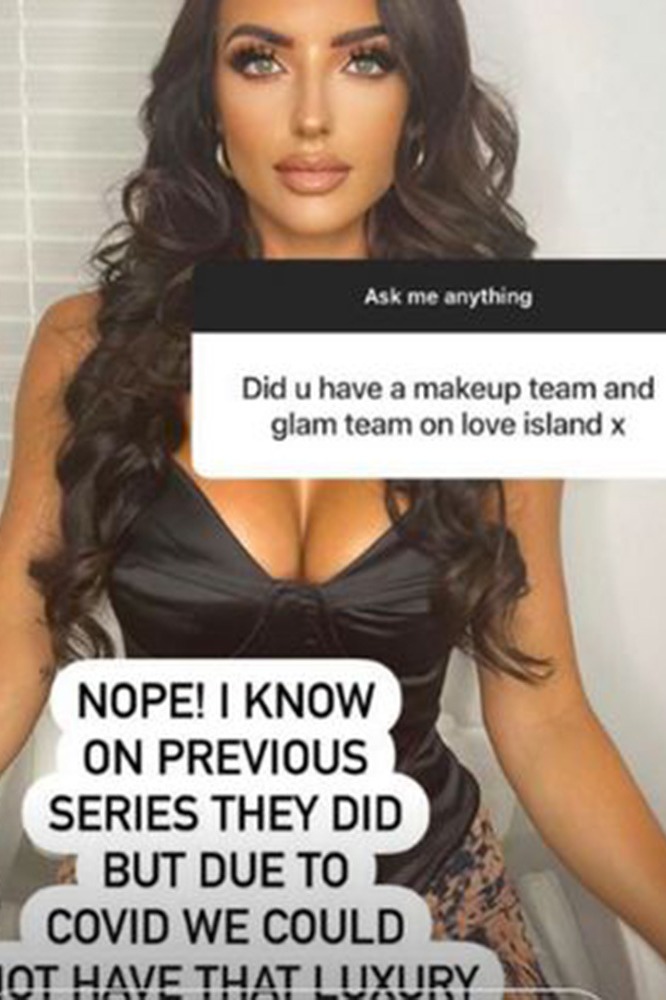 Amy revealed they didn’t have a glam squad this year due to Covid-19Credit: Instagram

Roaching is another bleak dating trend – here are the signs