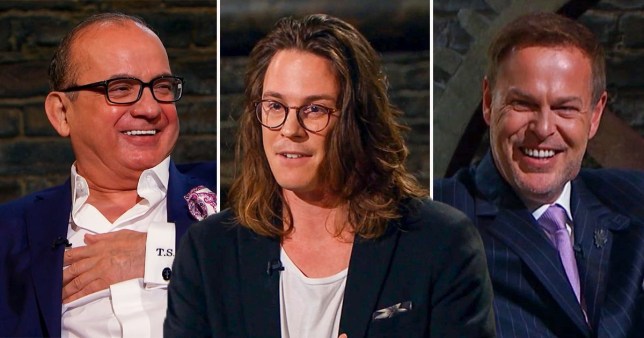 The Dragons were astounded by Sam Jones’ ‘exquisite’ business(Picture: BBC)

The business titans of Dragons’ Den were left floored by a pitch on the latest episode of the BBC series, with Touker Suleyman describing it as ‘one of the best pitches I’ve ever heard’ in six years on the show.

On the programme, entrepreneur Sam Jones put forward the offer of a £60,000 investment for 10% equity in his business Gener8, a company that allows people to earn points when their data is tracked online through cookies.

Stating that the ‘open secret within the advertising industry is that it’s built on exploiting our data’, Sam explained that when people use Gener8, they can either go into ‘privacy mode’ – which stops companies from tracking them online – or ‘earning mode’, where they can earn points by sharing their data that can then be redeemed on products, vouchers or charity donations.

Furthermore, users who choose to share their data can use Gener8 to tailor the ads that appear online to them based on their interests.

The Dragons were thoroughly impressed with Sam’s business throughout his pitch, especially when he revealed that a similar company in the US that rewards users with cryptocurrency is valued at approximately $135million with around 6m users.

‘There will be a billion dollar business built in this space, and it may be that the first one who gets there wins it,’ Sam said with confidence. 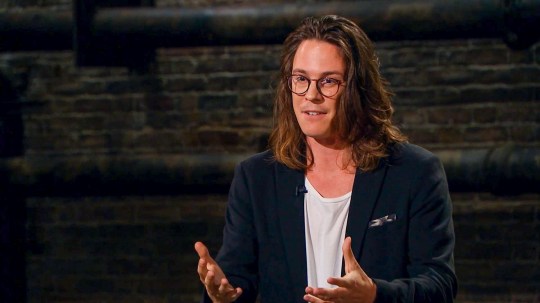 Touker made no effort to hide how excited he was about Sam’s company, stating: ‘Sam, I’ve been in the Den for six years. This is one of the best pitches that I’ve ever heard.’

Peter Jones described Gener8’s business model as ‘really clever’, adding: ‘I think it’s really, really interesting and the timing of this, it is now.’

He then became the first Dragon to make an offer, offering all of the money for exactly the amount of equity that Sam had asked for – an unusual move, considering the Dragons’ love for a feisty negotiation.

While Sara Davies bowed out due to her lack of expertise in the field, Touker went one step further with his offer, telling Sam that he could use his offices for free for a year for up to six or eight employees.

After stepping to the back of the room for a moment to gather his thoughts, Sam returned, asking Touker and Peter whether they would be willing to each take 5% of the business, with the free office space included.

The pair agreed much to Sam’s delight, with Peter adding that it was an ‘exquisite’ pitch for a ‘brilliant business’.

After Touker and Peter gave each other a thumbs up, Sam expressed how much he thinks having the Dragons’ investments and expertise will positively impact his company.

‘This is such a gamechanger to have two massive Dragons on board, just helps to make sure that my business is a household name in future,’ he said.

Dragons’ Den returns next Thursday at 8pm on BBC One and is available to watch on BBC iPlayer.