RuPaul’s Drag Race UK star Sister Sister has cleared up the confusion surrounding an outfit she wore for the seaside fashion challenge that closely resembled A’Whora’s.

On Thursday evening, Sister became the latest contestant to be told to ‘sashay away’ by head judge RuPaul after lip syncing for her life against Tayce.

A couple of episodes prior, the queens had been tasked with bringing their best seaside-inspired looks to the runway, with both Sister and A’Whora wearing ensembles designed to look like ketchup-covered chips.

As the episode was filmed after the seven-month break between filming, which occurred due to the pandemic, some people speculated that Sister had spotted the outfit that A’Whora was going to wear for the challenge and changed the look she’d previously had planned for herself.

However, while speaking to Metro.co.uk and other press after her elimination, Sister stressed that this was not the case.

‘To clear it up once and for all, as the record states,’ Sister said. ‘Listen, there’s so much that goes on when you’re filming that you don’t have time to take in everybody else’s wardrobe. I don’t remember A’Whora’s look from the beginning.’ 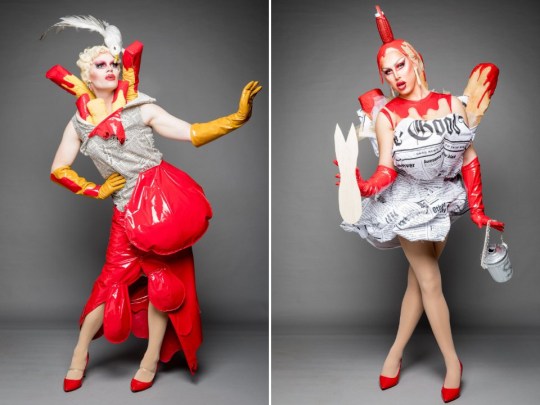 Fancy a chip anyone? (Picture: BBC)

Sister explained that it might have helped if they had spoken over the lockdown period to check what each of the contestants had planned for the runway.

‘I think it’s a shame that it’s kind of like… it more alludes to a communication breakdown between us over lockdown that we weren’t able to go “what’s your ideas for this, what are you doing for this”, that kind of thing,’ the drag queen said.

‘But you know what, A’Whora looked absolutely smashing in her outfit and I think I looked alright too. So as two standalone outfits, I think we smashed it.’ 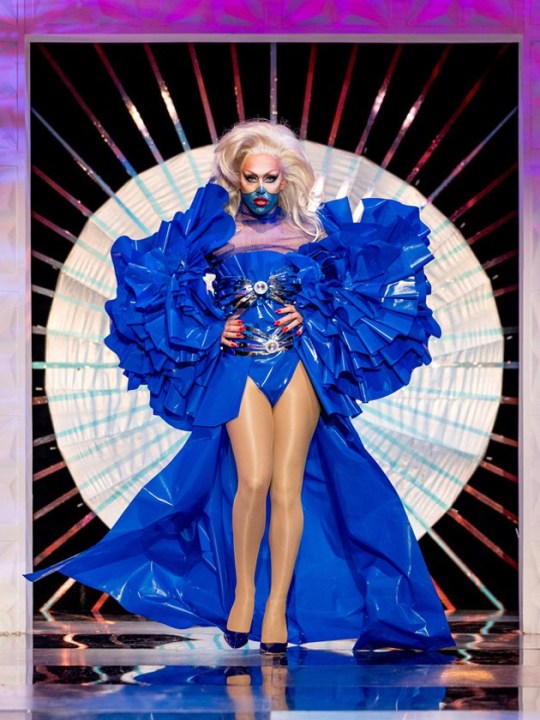 A’Whora is feeling blue on the runway (Picture: BBC)

Sister noted that ‘the whole internet and the rest of the world who were watching picked up on that as well’, adding that it was discussed in the Werk Room during Untucked.

‘Do you know, I take a massive compliment from that,’ Sister said. ‘Look, she is stunning, she is an absolute fashion icon, and if she took inspiration from me, I take that as a huge compliment.

‘We briefly discussed it in Untucked and she gave me full credit for it as well. She very graciously said “yeah, I’ll give you credit for that one Sister”.’

Sister added that it was a ‘nice note to go out on, considering she’d been taunting me with plagiarism the whole time’.