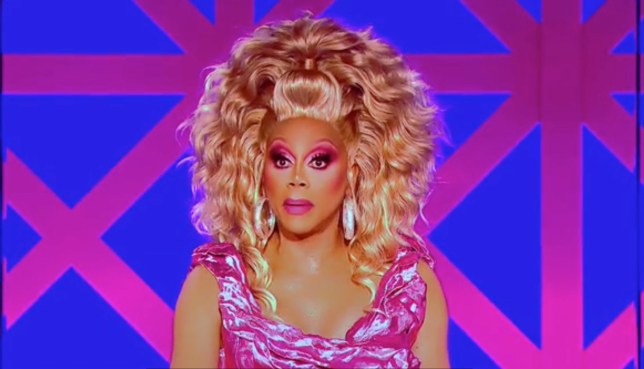 RuPaul was fuming after one of the girls’ performances (Picture: BBC)

RuPaul had had it, officially, on this week’s Drag Race UK and tore into the contestants about not being up to standard on the runway.

After a seven-month break due to coronavirus shutting down production, the remaining queens returned for a Eurovision challenge, splitting into two girl groups for their take on cheesy pop track, UK Hun.

With Veronica Green unable to return due to testing positive for coronavirus, Joe Black was voted back into the Race for a second shot at the crown.

However, performing alongside Tia Kofi, Sister Sister and Ellie Diamond in Bananadrama, the Brighton queen stood out for all the wrong reasons in a simple pink dress next to her co-stars’ more elaborate costumes.

While making a significant improvement with her windswept look for the Day at The Seaside runway, Joe then rubbed Ru up the wrong way when criticised about the dress, admitting it was from H&M. 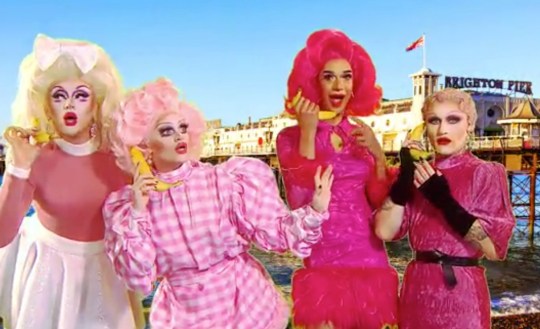 A seething Ru then exploded not just at Joe, but all the remaining queens on the runway, telling them they needed to fix their behaviour and up their game when it comes to looks.

‘That outfit, off the rack, was a huge disappointment to me,’ she said. ‘That’s what everyday people do, and you should know that because you are a star. This goes to all of you up here.

‘If it is from H&M you better glitter the f**k out of it and make it something special. We’re looking for Great Britain’s Next Superstar. Don’t waste my time. 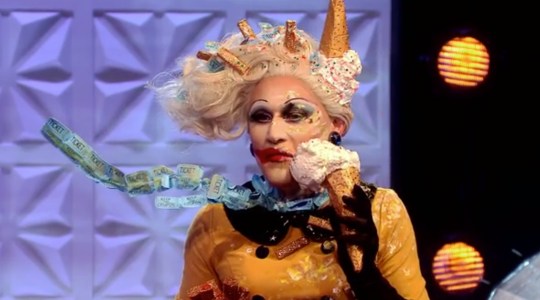 Joe joked about the dress to the anger of Ru (Picture: BBC)

‘I agree with you,’ Joe said. ‘I’m very stuck in what I do. So, I had other outfit options but the problem was again they were maybe too old looking.’

But Ru wasn’t having any of it, and continued: ‘I came all the way across the pond. I want more. I want more! 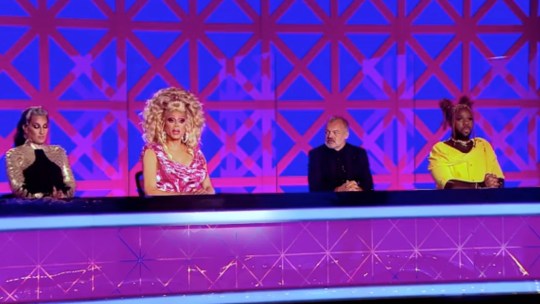 Ru was joined by Michelle Visage, Graham Norton and MNEK on the panel this week (Picture: BBC)

Viewers couldn’t quite believe RuPaul went off on the queens like that – declaring she’d ‘gone full Tyra Banks’ in an homage to the now iconic ‘we were all rooting for you’ speech on America’s Next Top Model.

The moment somewhat sealed Joe’s fate, and unsurprisingly Joe found themselves in the bottom two alongside Tia, who had also been criticised for her runway.

The pair performed Don’t Leave Me This Way by The Communards, with Joe being told to sashay away.

Speaking after the elimination, Joe said: ‘In the spirit of Eurovision… nil points! I was less of a wallflower than I thought I was last time and I got to show people a bit of me because I got to show this silly bloody costume.

‘There were only eight people left and to that crown I was Glenn Close… but no cigar!’