RuPaul’s Drag Race UK star Sister Sister has shared the advice she received from Amy Hart on dealing with trolls, saying that the former Love Island contestant was ‘very pragmatic’ in her approach.

On Thursday evening, Sister became the latest drag queen to be eliminated from Drag Race UK after landing in the bottom two with Tayce.

The week before, when she was deemed ‘safe’ in the competition by head judge RuPaul, the drag queen shared that she had experienced an onslaught of online abuse, writing on Twitter: ‘I won’t lie, the last few days have been very tough. Some of the hate I have had to read about myself has been shocking and incredibly painful.’

One person who came to Sister’s aid was Amy, who took part in the 2019 series of Love Island and has spoken out in the past about the hurtful comments she has received in the past.

During a recent Zoom chat with Metro.co.uk and other press, Sister praised Amy for the guidance she gave on coping with trolling.

‘She was very pragmatic about it, god bless her,’ Sister said. 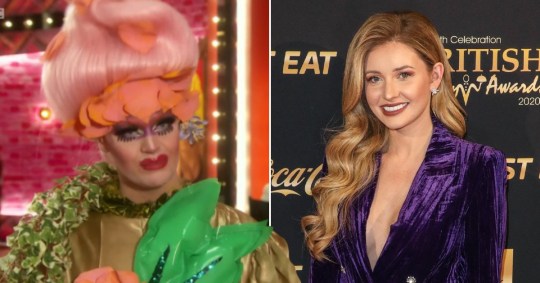 Amy Hart reached out to Sister Sister to offer some advice on trolls (Picture: BBC/Backgrid)

‘She was just like, listen, this kind of thing, it does happen. It’s one of those things.

‘What you need to do is remember your support system. There’s only so many trolls to counterbalance the amount of support and love people have got for you as well.’

Sister added that Amy reminded her of the handy tool at her disposal to silence trolls straight away. 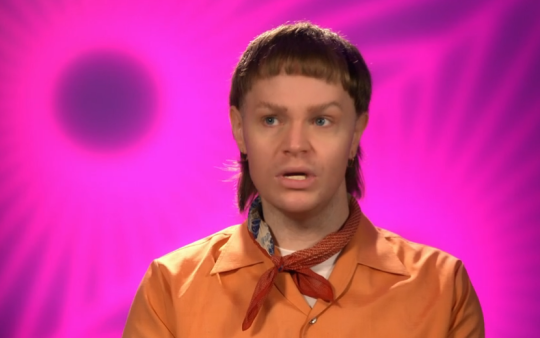 After last week’s episode, Amy shared a tweet in response to the hateful comments Sister had received, which read: ‘I still don’t understand why people think it’s acceptable to send hate to people they don’t know? Loads of love to @sistersisterhun.’

Sally Morgan, aka Psychic Sally, who Sister impersonated for the Snatch Game, also voiced her support on Twitter, writing: ‘As I have told you, you are wonderful and deserve nothing but success. Sending you so much love and light.’

‘You’re allowed to have your opinions. If they’re going to be exceptionally strong though, you have to consider the consequences of them.’

Shanna Moakler on Comment She ‘Liked’ About Kourtney Kardashian