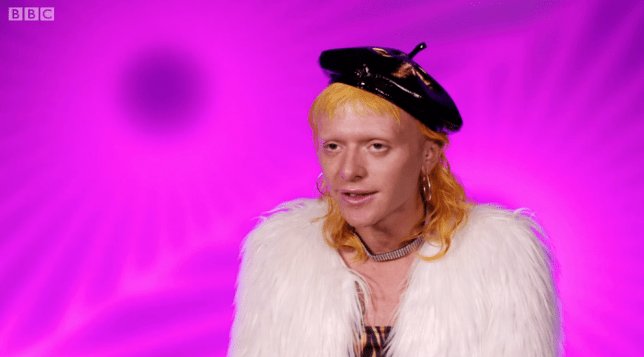 Bimini opened up about being non-binary in tonight’s episode of RuPaul’s Drag Race UK (Picture: BBC)

RuPaul’s Drag Race UK star Bimini Bon-Boulash is touched that many fans have come out as non-binary after watching the latest episode of the BBC Three competition show.

In tonight’s third chapter and before the elimination result, Bimini and Ginny Lemon opened up about coming to terms with being non-binary, a term people use to describe their gender if they don’t feel either male or female.

‘I’ve always struggled with my identity,’ Ginny said. ‘For years and years, I didn’t know what I was. I didn’t know if I was a boy or a girl, and that’s why I wear yellow – because it doesn’t say anything, it doesn’t define me as anything.’

Speaking to the camera, they continued: ‘My whole life I’ve never felt comfortable in my own body. I suppressed it for years.’

Turning to Bimini, Ginny continued: ‘When I realised there was this whole community of non-binary people, I was like, “yes, that is for me”.’

‘I think it’s always a difficult conversation to have, especially when some people don’t understand,’ Bimini replied. 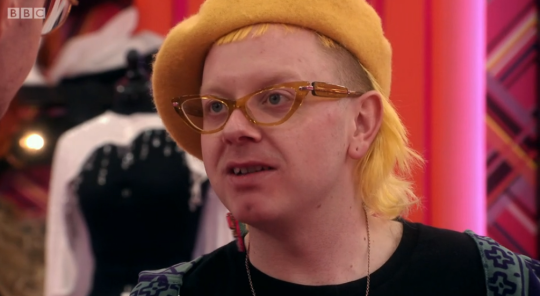 Ginny Lemon said they struggled with their gender identity for years (Picture: BBC)

‘Non-binary isn’t a new thing,’ they explained in a VT. ‘It’s just a new term.

‘As humans, we’re so complex that having a binary to fit everyone into it, whether it’s just male or female, just doesn’t make sense when there’s 7billion plus people in the world.’ 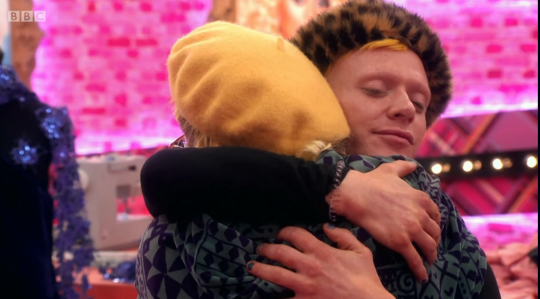 The pair hugged after opening up about their experiences (Picture: BBC)

As they concluded their heart to heart, Bimini declared: ‘How we want to self-identify isn’t up to anyone else. It’s not up for anyone else to have a debate about it, about how we feel inside.’

Following the episode, fans got in touch with Bimini saying their conversation with Ginny gave them the courage to come out to loved ones about being non-binary.

It warms my heart reading so many of you came out to your family about being non-binary after watching tonightâs episode! Honestly emotional! Non-binary isnât new and itâs okay to exist somewhere in between! POWER TO YOU ALL ð

‘It warms my heart reading so many of you came out to your family about being non-binary after watching tonight’s episode!’ they said in response.

‘Honestly emotional! Non-binary isn’t new and it’s okay to exist somewhere in between! POWER TO YOU ALL.’