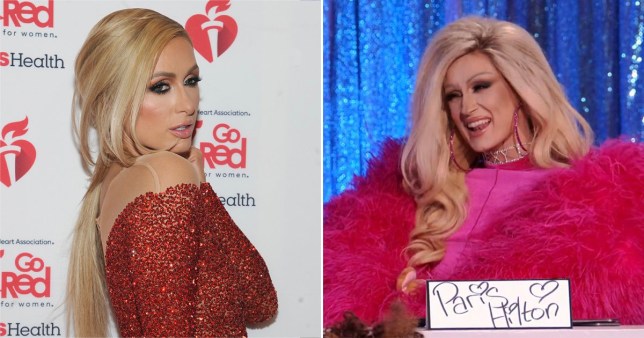 Paris and Gottmik make quite the pair (Picture: REX / Instagram/rupaulsdragrace)

RuPaul’s Drag Race star Gottmik earned the ultimate seal of approval from Paris Hilton after impersonating the socialite on Snatch Game and… we are sliving.

On the latest episode of Drag Race, it was finally time for the drag queens competing in the 13th season to put their best celebrity impressions forward in the Snatch Game.

Gottmik was undoubtedly one of the highlights of the game show, leaving RuPaul in fits in laughter while perfectly imitating Paris’ nasal voice and vain persona.

Later on while being critiqued by the judges from the runway, Gottmik fretted that Paris would be offended by the impersonation, having previously worked for her as a make-up artist.

But Gottmik didn’t have anything to worry about, as Paris loved the drag queen’s fun homage to her.

Tweeting her signature phrase, Paris said: ‘That’s hot. Killed it,’ in response to the performance. 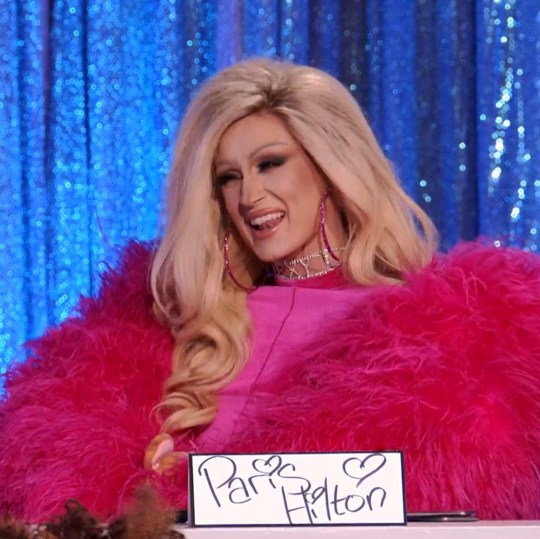 Gottmik slayed the game as the socialite (Picture: Instagram/@rupaulsdragrace)

‘Sliving for you FOREVER ICON,’ Gottmik tweeted back, to which Paris replied: ‘Sliving! Loves it!’, both using Paris’ coined word ‘sliving’ – a combo of slaying and living.

‘Legends supporting legends I’m soooooooo here for it,’ another remarked.

Gottmik later shared a post on social media celebrating her turn as Paris Hilton in Snatch Game, having been named the winner of the challenge by RuPaul.

‘Playing @parishilton for SNATCH GAME was a dream come true. She has inspired me for as long as I remember so channeling her and making Ru LAUGH was so surreal,’ Gottmik said.

‘Thank you all so much for all of the love I’m #sliving.’

After Snatch Game, the drag queens of Drag Race took to the runway to showcase their best fashion looks for the category ‘Fascinating Fascinators’.

‘So proud to be able to FINALLY bring my Gottmik clown white face back to the runway I missed her,’ the make-up artist said on Instagram.