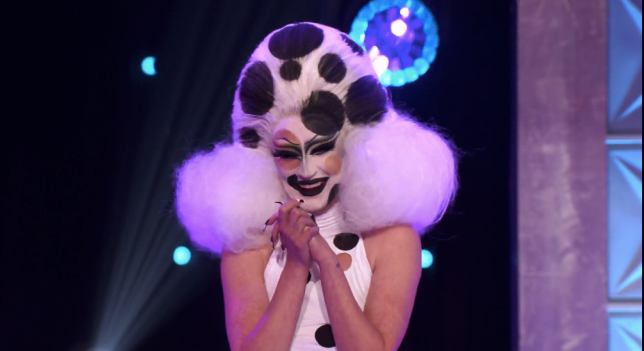 RuPaul’s Drag Race star Gottmik gave the show permission to show a picture of her pre-transition as the finalists were revealed.

The 24-year-old – the first transgender man to compete on Drag Race – transitioned three years ago, and now goes by the name Kade when out of drag.

RuPaul explained that Gottmik had given permission to show a picture of herself when she was two years old, although did not refer to her with her dead name while addressing the picture.

Gottmik said: ‘Hi Kade, that’s your name, get into it. There’s one side of you that loves laughing and life, and there’s another side that feels that you just don’t fit in. You just need to realise that you have to live your truth, and the second you trust that you know who you are, your whole life is going to change.

‘Those years of being uncomfortable in your own skin is going to make you grow an even thicker skin. 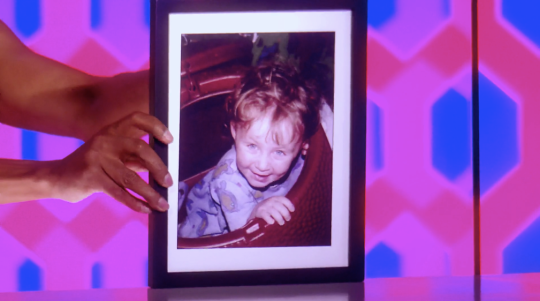 Earlier in the show, the queen revealed that she had some rather unorthodox inspiration when she chose her boy name, telling RuPaul and Michelle Visage that she got it from an adult star.

Gottmik joined the judges for her final four interview, and was asked how she got her drag name.

RuPaul joked: ‘That sounds like math’, with Michelle explaining: ‘He took Mik, and Gott from Gottlieb.’

Gottmik then shared that in real life, he (Gottmik uses she/her pronouns when in drag, and he/him out of drag) goes by Kade. 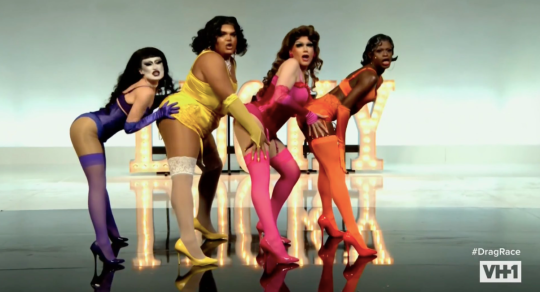 We still have a final four (Picture: VH1)

During the show, Gottmik tweeted: ‘If you tried to tell pre transition Gottmik I would be sitting with  @RuPaul and @michellevisage talking about being a trans pioneer and just being so HAPPY.. thank you all so much for supporting me and my journey I’m ready to crash the cistem harder than EVER.

‘Also on a lighter note laughing with @RuPaul is one of my favorite things in the entire world PERIOD.’

The latest episode of Drag Race saw Gottmik, Symone, Rosé and Kandy Muse write and perform their own verses for RuPaul’s new song Lucky (available on iTunes) in the hopes of making it through to the final.

Because even though this season has been on for what feels like years, it still isn’t the final.

Following the retro-style performance and a final runway, all four queens had to lip sync for their lives, one at a time.

Gottmik, Symone, Rosé and Kandy Muse gave it their all performing Whitney Houston’s I learned From The Best, and Ru eventually decided that all four queens would go through to the final episode.

Next week, Drag Race fans will be treated to a reunion of the season 13 queens, before America’s next drag superstar is crowned in two weeks’ time.

RuPaul’s Drag Race season 13 is available to stream on Netflix and WOW Presents Plus.