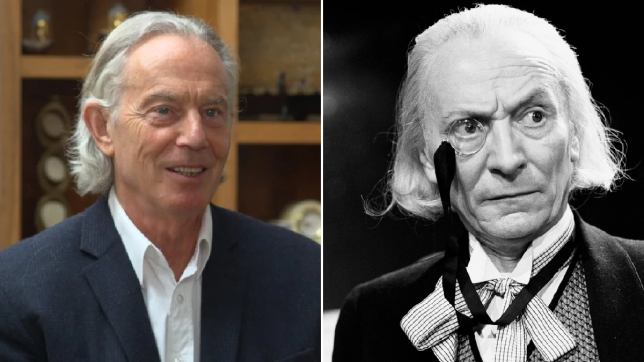 Doctor Who fans have noticed an uncanny resemblance between Tony Blair and William Hartnell (Picture: Rex/Getty)

Tony Blair has caused quite the stir with his new mullet-style hair do, but Doctor Who fans have noticed he looks a little familiar.

The former Prime Minister looks like he could have a key to the Tardis, as sci-fi fans pointed out he sports an uncanny resemblance to late actor William Hartnell, who starred as the First Doctor.

As ‘Doctor Who’ started to trend on Twitter, the comparisons rolled in.

One fan shared a side-by-side comparison of the pair, joking: ‘BREAKING: exclusive pictures of Tony Blair’s audition for Dr Who.’

‘William Hartnell was the best Dr Who,’ another quipped, sharing a photo of Mr Blair.

Mr Blair, 67, debuted his new look as he spoke to ITV’s Paul Brand about devolution and a potential Scottish Independence referendum – but it seems people got a bit distracted by his new ‘do.

Why is Tony Blair cosplaying as William Hartnell?

He’s once thought to have described the character, who is now su as ‘a wizard’, and ‘a cross between the Wizard of Oz and Father Christmas’.

He was well-loved in the role, which was a huge contrast to the gruff roles he had previously become typecast in. 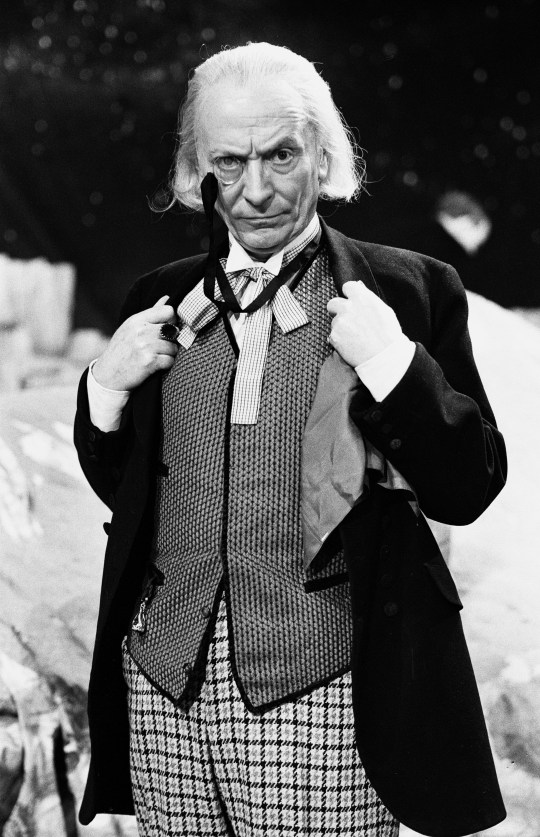 However, Hartnell was later forced to step down from the role after his health started to deteriorate, and he began to struggle learning lines.

The idea of the Doctor’s regeneration was suggested, with Hartnell actually insistingfi that Patrick Troughton should take over as the second Doctor.

The late star is quoted as saying: ‘There’s only one man in England who can take over, and that’s Patrick Troughton.’

Hartnell’s final appearance in Doctor Who came in 1973 when he reprised his role for the 10th anniversary story, The Three Doctors.

The story of how the programme came to be, and how Hartnell landed the role was later dramatised in the biographical film An Adventure of Time and Space, with David Bradley starring as the actor.

Doctor Who series 13 is expected to air on BBC One later this year.