Only six more days until Legends Of The Sea Devils (Picture: BBC)

Doctor Who fans will finally see the Time Lord and Yasmin Khan address their romantic feelings for one another in Legends Of The Sea Devils, according to show boss Chris Chibnall.

Viewers were over the moon to see the relationship between the 13th Doctor (Jodie Whittaker) and Yaz (Mandip) brought to light in Eve of the Daleks, after Dan Lewis (John Bishop) urged the pair to profess their feelings for one another.

With the upcoming Easter special premiering in a matter of days, viewers are desperate for the pair to have their happy ending.

Since first appearing on screen 60 years ago, the Doctor has often been involved in romantic subplots, but this would be the first same-sex relationship with a companion on TV – and Chris teased that the highly-anticipated moment will be worth the wait.

Ahead of the show’s debut, he said: ‘I think really, in Eve Of The Daleks, both Yaz and the Doctor have hinted that they have feelings that they are suppressing and keeping quiet about. 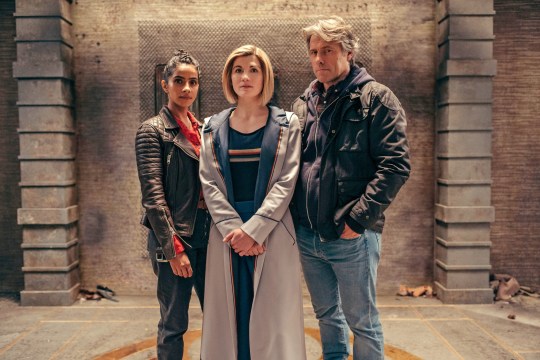 Dan (right) urged the Doctor and Yaz to admit their feelings in the latest special (Picture: BBC)

Similar to Chris, Actress Mandip (Yaz) recently discussed how the hyped storyline would be addressed.

‘So I won’t tell you which way it goes. But we obviously have to touch on that again, it wouldn’t make sense not to,’ she told RadioTimes.com.

‘I mean that’s in the midst of everything else that’s going on. And you know, the sword fight with the Sea Devils and all that kind of stuff.’

Jodie – who has played the Time Lord since 2017 – announced in July that she will be leaving the BBC sci-fi drama following a trio of specials, alongside showrunner Chris.

Russell T Davies, who rebooted Doctor Who in 2005, is returning for a second stint as showrunner, but TV bosses remain tight-lipped over who will be taking on the titular role next.

Legend Of The Sea Devils arrives on April 17 on BBC One and BBC iPlayer.

When is the best time to post on TikTok?