DEATH in Paradise’s Richard Poole left fans in tears as he FINALLY returned tonight – but with a heartbreaking twist.

The BBC crime drama is celebrating its 10th series and confirmed Ben Miller would be making a special cameo as Richard as an extra treat for fans.

*Spoilers ahead for the latest episode of Death in Paradise* 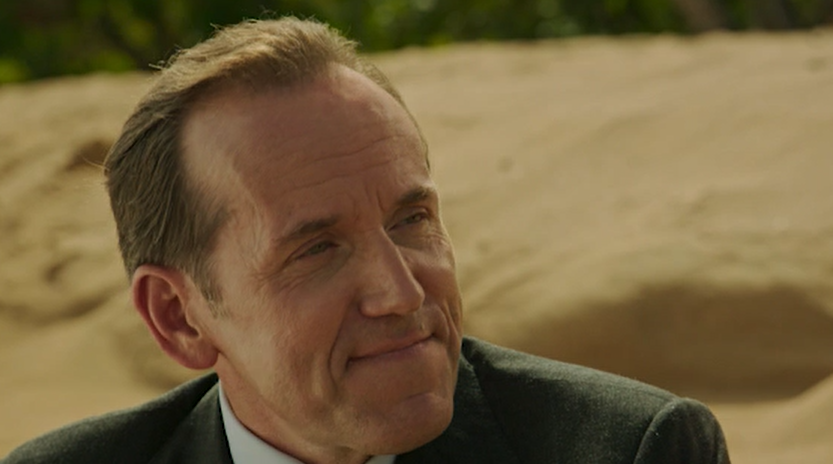 Ben was the show’s first detective when it began in 2011 but left at the start of series three when Richard was brutally murdered.

The fact that he died has left fans speculating how it’s possible for the character to return, but they finally got the answer in tonight’s episode.

The episode was the second of a two-part special which saw the show’s current detective DI Neville Parker (Ralf Little) and Florence Cassell (Josephine Jobert) investigate the murder of a classical pianist.

The complex case also lead to bar owner Catherine Bordey being attacked by a mystery assailant, and Commissioner Patterson calling her daughter Camille in Paris. 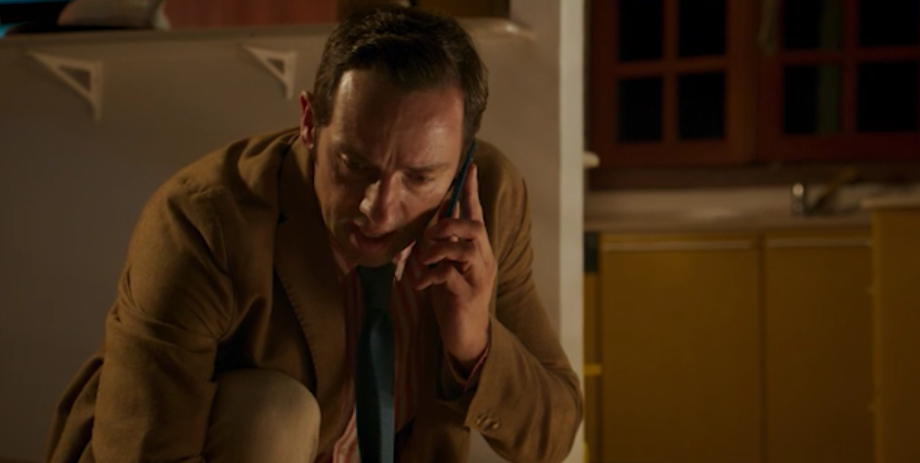 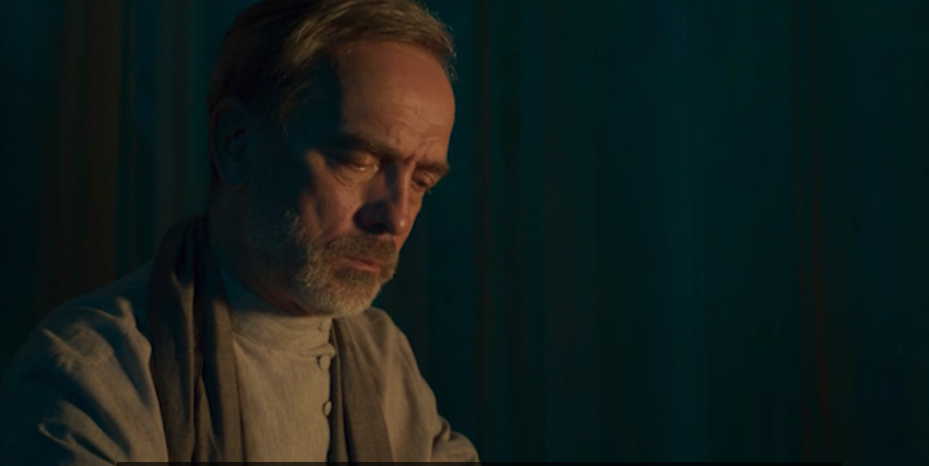 A classical pianist had been murdered

Catherine was then attacked, leading to her daughter Camille returning to the island from Paris

Catherine required surgery on her brain after the attack

Camille (Sara Martins) immediately flew back to Saint Marie to help with the case, and tonight’s episode saw her reflect on her time on the island before her move to France.

Camille had been left devastated by Richard’s death, and in a touching scene on the beach, she reunited with him as she shared her worries over whether Catherine would make it out of surgery OK.

Sitting beside her on the sand, Richard was suited and booted like he always used to be, and advised her to keep the faith.

He said: “My point is, they’ve always been a hardy bunch – the French – stoic, look at Joan of Arc.” 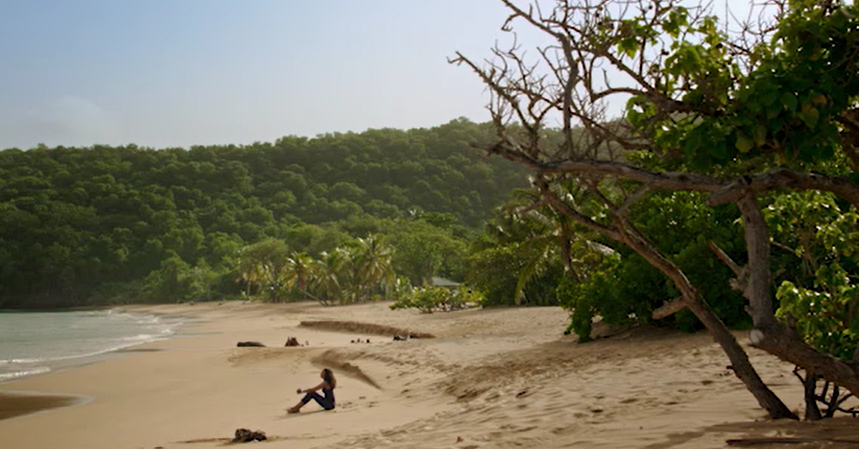 Camille went to the beach to gather her thoughts

Richard appeared by her side to give her advice, whether she wanted it or not 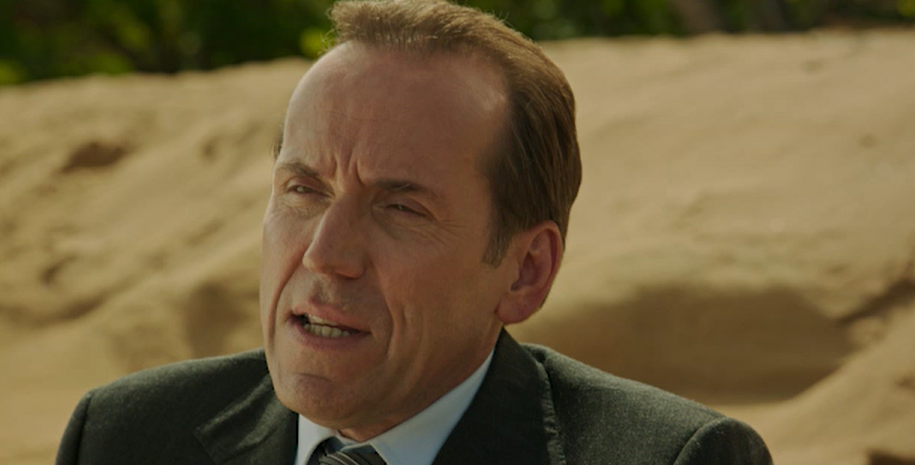 Richard was suited and booted as he always was

He then added solemnly: “But if there’s one thing I know more than anyone, one thing I’ve learned, is that feeling regret about things you never did, or you never said, it’s a waste of time.

“All that matters is how we act in the here and now, in this moment, [so] take this moment while you have it to go and be with her, hold her hand and just let her know that….you love her.”

His words seemed to hark back to their relationship, which had developed romantic undertones before his death, and it appeared he was saying it from the heart, not just advising her what to say to her mum.

As tears rolled down Camille’s face, she looked to her side and Richard had gone, revealing it had all been a bittersweet day dream. 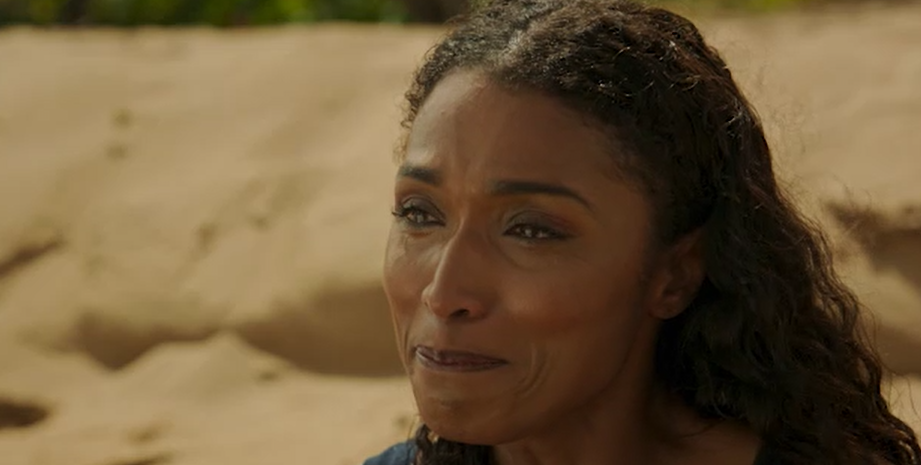 Camille cried as they spoke 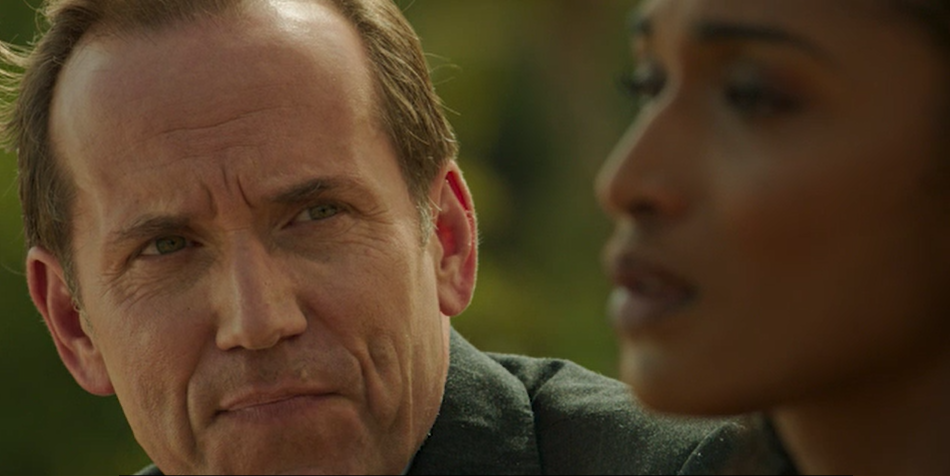 Richard seemed to be declaring his love for her 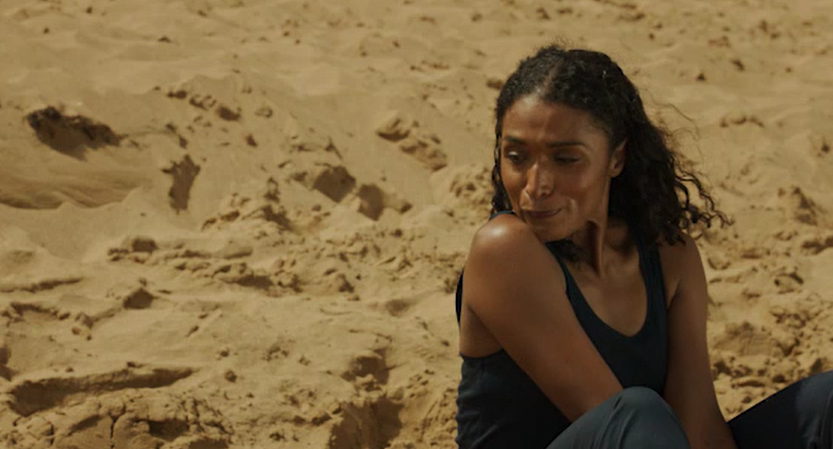 Camille then looked to her side and Richard was gone, having been part of her daydream

Viewers were also in tears at the heart-wrenching twist, and took to Twitter to discuss the touching scene.

One person said: “I AM SOBBING”

Death in Paradise is available to watch on BBC iPlayer.

£5.5m lottery winner ‘stabbed in the face by her partner’ at luxury home three years after life-changing win