IT was the first time he showed the world how to “Bend It Like Beckham” and it forever changed the course of football and celebrity culture.

During Manchester United’s match against Wimbledon in 1996, David Beckham delivered a sensational goal using his ability to curve a shot into the back of the net.

The phrase ‘metrosexual’ was rarely uttered without reference to super-groomed Goldenballs, who had shown men a new way of dressingCredit: Getty 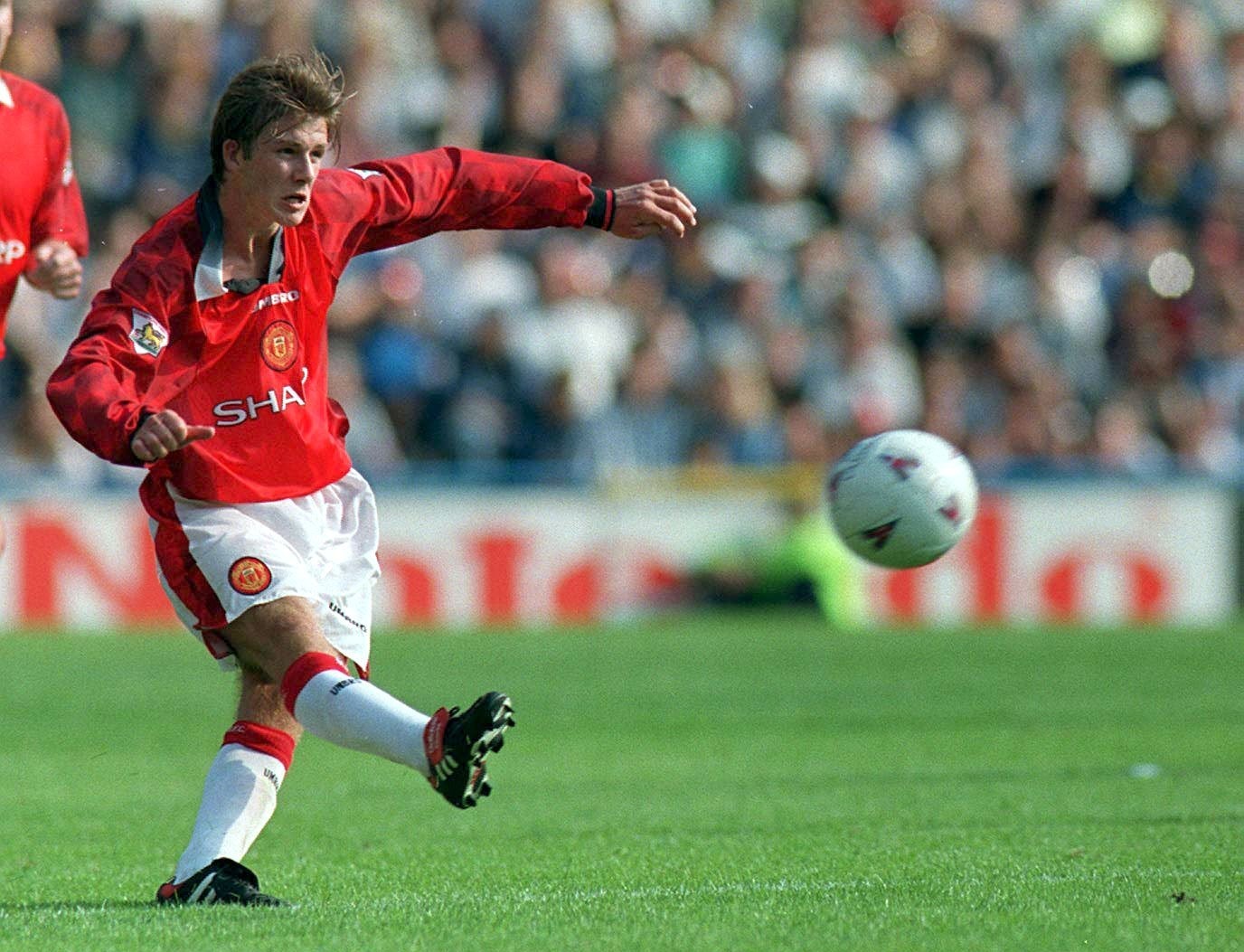 During Manchester United’s match against Wimbledon in 1996, Beckham delivered a sensational goal using his ability to curve a shot into the back of the netCredit: Action Images – Reuters

A new documentary, Fever Pitch: The Rise Of The Premier League, shows how a generation of players, of which Becks became the most famous, became superstars in the Nineties.

The global icon insists he had no idea it was the defining moment of his career, partly because the then 21-year-old had been bending the ball in low-profile games for years. But worldly manager Alex Ferguson knew instantly.

Beckham said: “It was just instinctively something that I knew that I’d done so many times as a youth team player. I remember it going far out left and then all of a sudden it started to run and I thought, ‘This has got a chance!’

“Afterwards the boss said to me, ‘Get on the bus, do not speak to the media’. That was his way of protecting me, because he probably knew what was going to happen after scoring a goal like that.

“I don’t think anything prepares you for media attention at such a young age, and I think for some people it was too much.”

The BBC2 documentary looks at the formation of the Premier League in 1992, a move that turned players into millionaires and celebrities seemingly overnight.

But by the mid-Nineties many young footballers, who found themselves marrying pop stars and swamped with endorsement deals, were overwhelmed by the trappings of fame and wealth.

Beckham was typical of the young signings whose career went from strength to strength thanks to the Premier League booming. After signing for Manchester United’s Youth Team in 1991 he was one of a band of new players, including Gary Neville and Ryan Giggs, who made waves at the club.

He said: “From the moment we started playing for the Youth Team we realised we had something special.

“We were coming up against teams like Liverpool, Everton and we weren’t just beating them 1 or 2-0 we were beating them 7-2 and winning these games easily.

“We were all from working-class backgrounds and being at Manchester United we knew had one opportunity. This wasn’t going to come around again.”

After Beckham joined the senior squad in 1995, the team won the Premier League title six times, the FA Cup twice, and the UEFA Champions League in 1999. Then he became the ultimate example of a superstar soccer player when he started dating Spice Girl Victoria Adams, who later became his wife.

Beckham said: “Wherever we went there was a barrage of photographers ready. The Spice Girls’ global status and their stardom was nothing that I’d ever seen before.”

His eventual marriage to Posh Spice in 1999 didn’t just bless him with a family of four children, it also reaped rewards for the ace off the pitch.

As one half of a golden couple he was showered with advertising deals for companies including hair product Brylcreem as well as magazine shoots.

He remembers some more fondly than others, and in the documentary it shows a GQ front page where he appears topless, posing like Jesus Christ against an England flag that resembles a crucifix.

David said: “These things just came up, and every now and again it would be the right thing to do. But I kinda enjoyed them, you know. To be part of Brylcreem, at the time, it was a huge brand.

“I must admit there are some front covers that I look back on and I think, ‘What was I thinking at the time?’ But obviously it was part of my life at that point.”

He left Manchester United in 2003 — largely due to a tempestuous relationship with Alex Ferguson — by which time he’d made 265 Premier League appearances and scored 61 goals.

But his fame continued to soar in the Noughties, with his special skill immortalised in the 2002 football-themed romcom, Bend It Like Beckham, starring Keira Knightley.

The phrase “metrosexual” was rarely uttered without reference to super-groomed Goldenballs, who had shown men a new way of dressing. He had a penchant for sarongs, nail varnish and sometimes, according to Victoria, his wife’s knickers.

Becks is now said to be worth £329million, partly as a result of endorsements and adverts for everything from Armani underwear and Adidas to Haig Club whisky and watchmakers Breitling.

The Beckham phenomenon came as no surprise to Gary Neville, who’d known David for years. He insists Goldenballs — as he is known to Victoria — was destined for superstardom.

Neville said: “David wanted to be a star, I genuinely believe that — he was meant to be a star. And it was almost like the perfect storm: The Premier League starting and us coming through at Manchester United.”

The Beckhams also became role models for so many of their peers, as Sky Sports pundit Jamie Redknapp tells the documentary.

In 1998 the Liverpool player married Louise Nurding, who was in girl group Eternal and had been named FHM’s Sexiest Woman in the World. The couple went on to have two sons, but they separated in 2017.

Redknapp said: “As the Premier League started to really transform the game I was 19, 20 years of age. I was so wide-eyed and wanted to be a part of it — I enjoyed the razzmatazz, if you like.

It was a theory shared by Ferguson, who said of Beckham in 2007: “He was never a problem until he got married. Getting married into that entertainment scene was a difficult thing — from that moment, his life was never going to be the same. He is such a big celebrity, football is only a small part.”

The huge wages of top footballers meant they could live out their most hedonistic fantasies.

But he says there were many young men who struggled with the pressures of the game and its subsequent fame, by turning to gambling, sex and drugs as a crutch.

Ferdinand added: “Now we talk about mental health issues but back in 1995 or 1996, because you’re a footballer, it is deemed you should just get on with it.”

Arsenal captain Tony Adams developed an addiction to alcohol that saw him sentenced to four months in prison for drink driving in 1990. And the likes of Manchester United and Newcastle United player Keith Gillespie developed gambling addictions that saw them lose tens of thousands of pounds a day.

But on the pitch, Beckham insists Gillespie’s skills belied the turmoil he was dealing with behind the scenes.

He said: “I was nowhere near as fast as Keith. He was one of the ones that I knew best out of most of the lads, really. Obviously, him being from Ireland and me being from London there was a bond there because we both missed home and we were both right wingers.”

Others developed inflated egos, including Liverpool goalkeeper David James, whose good looks saw him model for Armani and several glossy men’s magazines. He insists money was at the root of it all.

The sports pundit said: “This isn’t a gradual thing, you earn nothing and then all of a sudden you’re just given loads. There are stories that if I lost a game I’d get a new car, which was rubbish. I’d get a new watch. Yes, I did change and I didn’t change into a particularly nice person with it.”

Despite the rollercoaster ride, many of the players experienced off the pitch, they loved the game and the opportunities it brought.

David said: “I look back at my time in the Premier League and know that was the moment it made me.”

Fever Pitch: The Rise Of The Premier League is on BBC2 on Monday at 9pm. 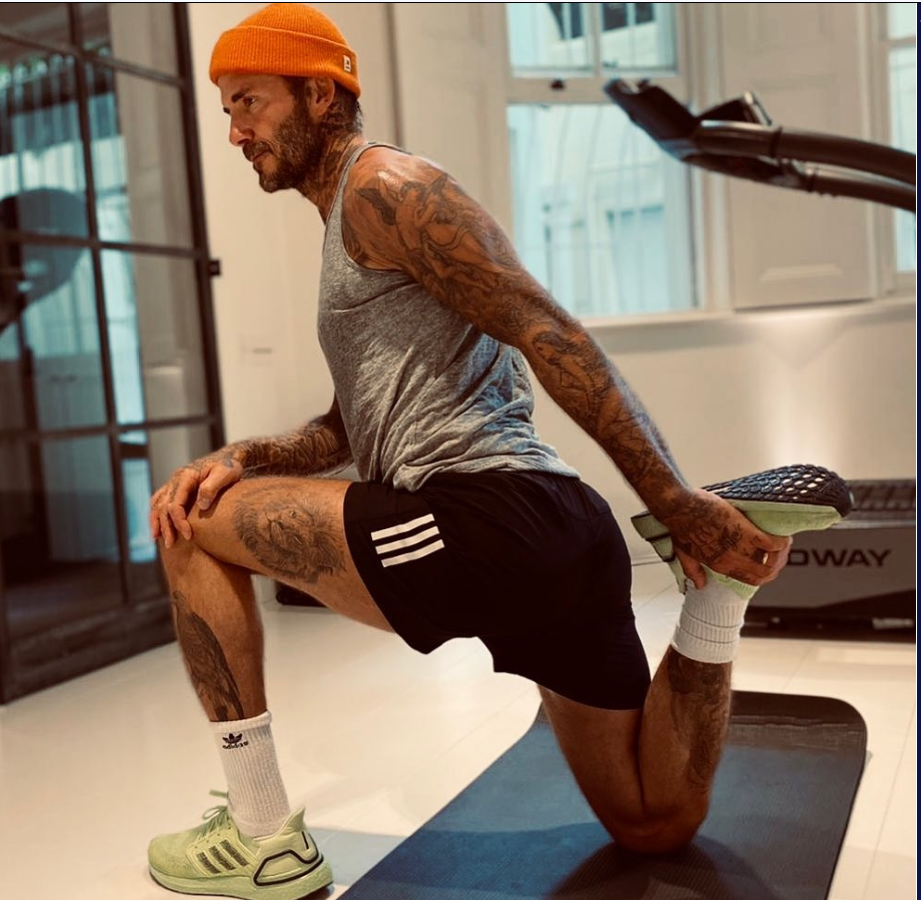 The Beckhams also became role models for so many of their peersCredit: instagram.com/davidbeckham 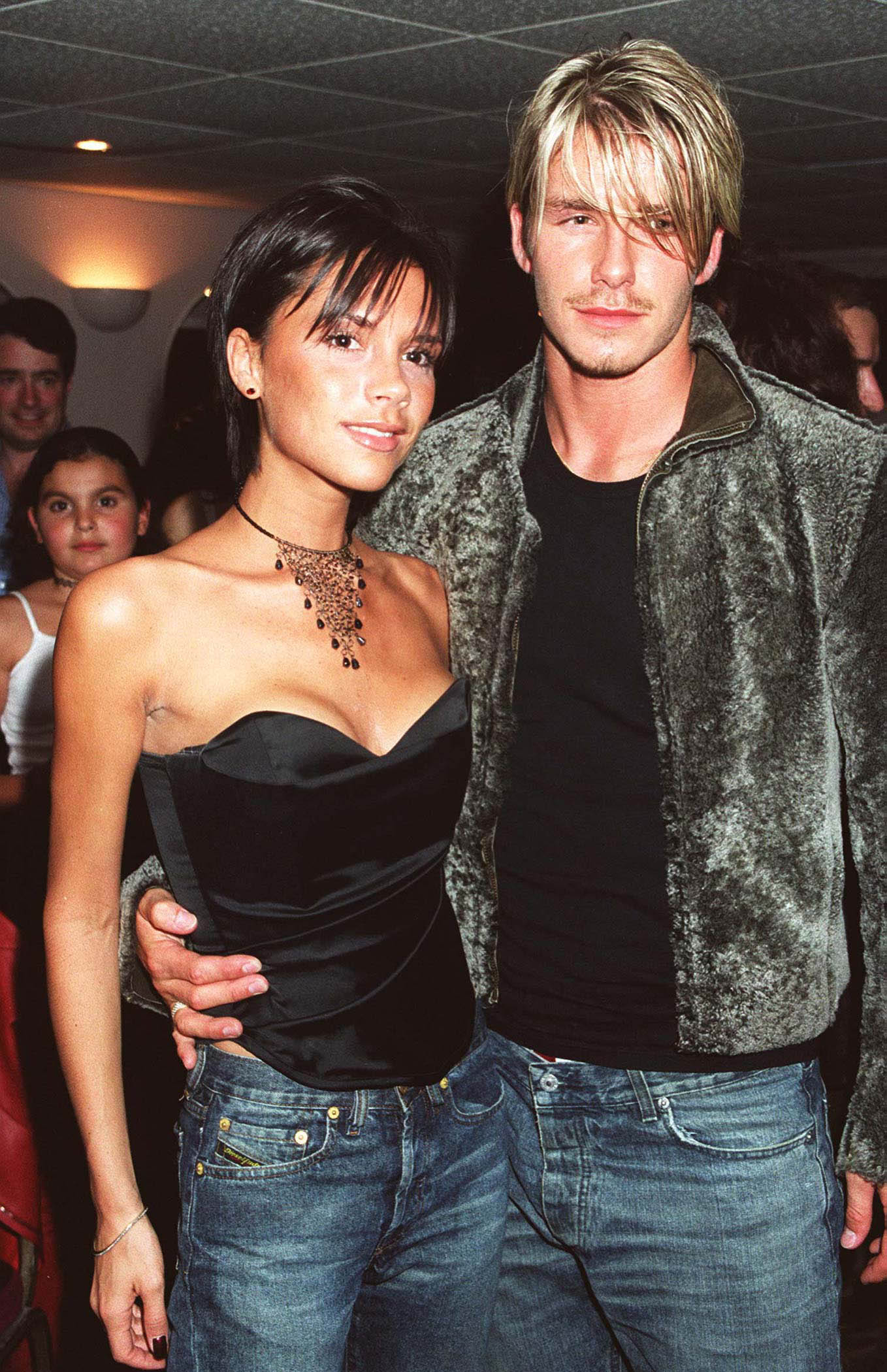 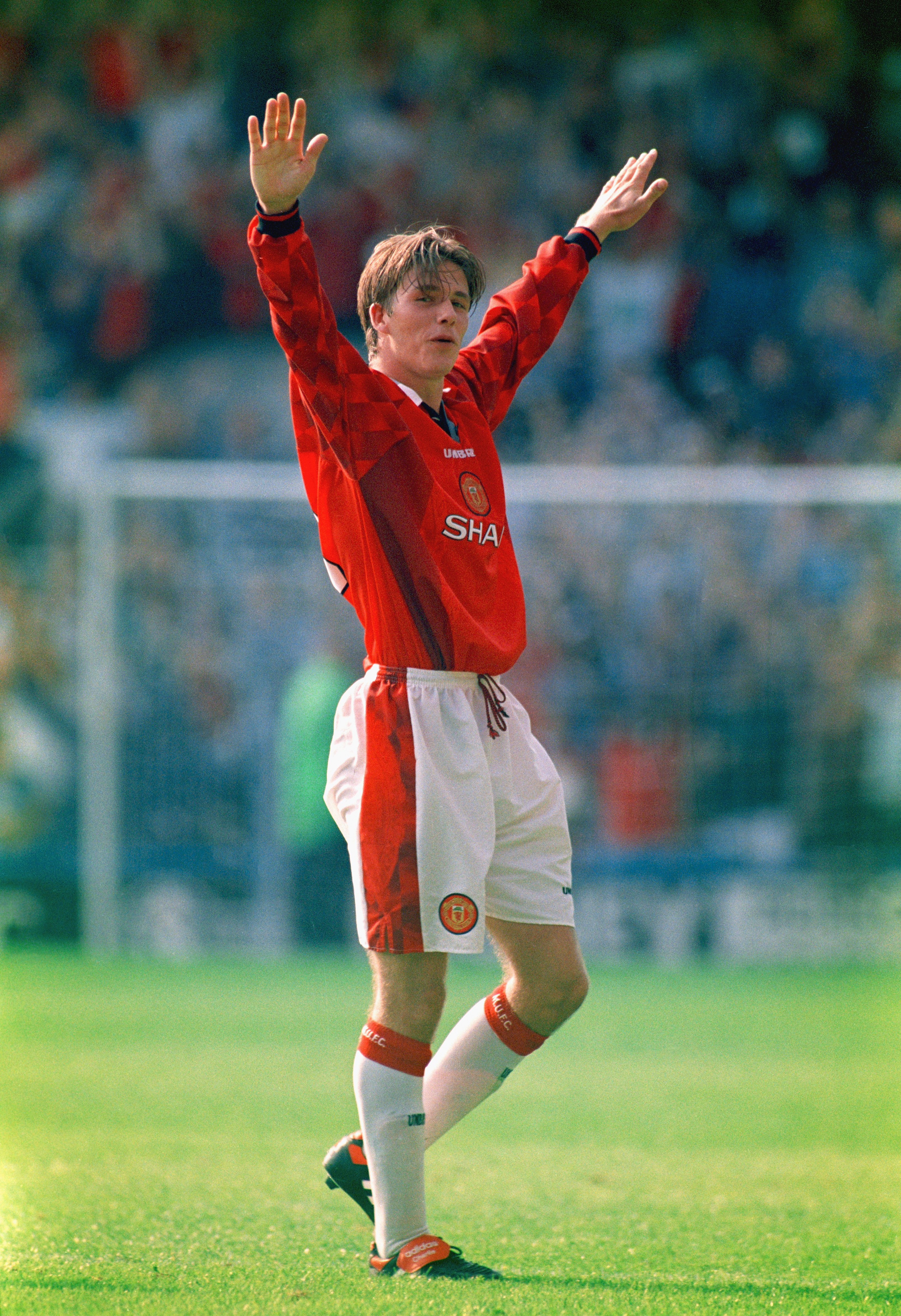 The BBC2 documentary looks at the formation of the Premier League in 1992, a move that turned players like Beckham into millionaires and celebrities seemingly overnightCredit: Hulton Archive – Getty

Cristiano Ronaldo is the ‘greatest of all time,’ says Neville