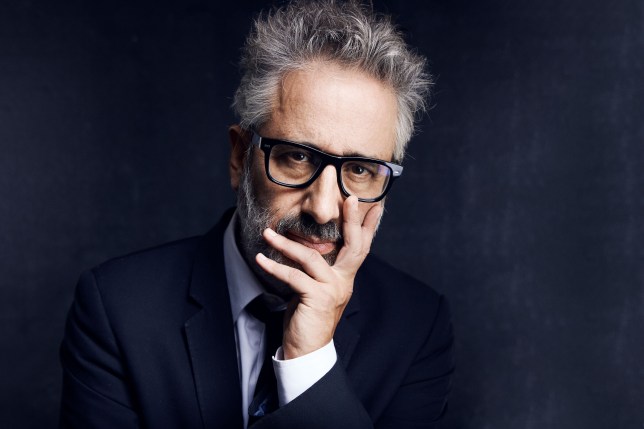 David Baddiel comes face to face with Jason Lee in his upcoming Channel 4 documentary, Jews Don’t Count, and apologises for impersonating him using blackface in the 90s.

Comedian and writer Baddiel ridiculed the footballer on his BBC sketch show Fantasy Football League, which he fronted alongside Frank Skinner.

In the shocking scenes, he wore a pineapple on his head to imitate Lee’s hairstyle, while his co-star mocked the sports personality’s manager, Frank Clark.

Baddiel reached out to Lee to apologise in person during a podcast recording for Lee’s show Absolutelee. The scenes were also recorded and will air in Jews Don’t Count, which will air on Monday, November 21.

‘I’ve come here to say I’m sorry, Jason,’ Baddiel says immediately after shaking Lee’s hand. ‘I’m sorry for the sketches that we did on Fantasy Football League, me and Frank Skinner in the 1990s that you were on the end of.

‘I’m sorry for wearing a costume and make-up that was racist. 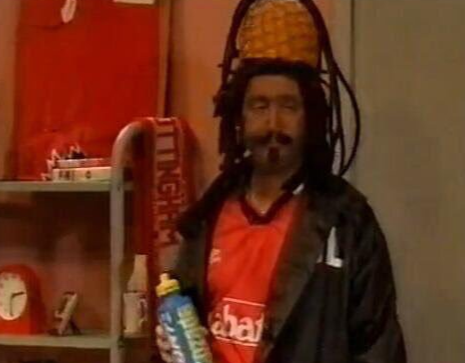 Lee informs his listeners that this is the first time he has ever spoken to Baddiel.

‘My first question would be why has it taken you 25 years for you to reach out and have this conversation man to man?’ he asks.

Baddiel responds: ‘That’s my bad as well. I’m sorry it’s taken so long. To explain it, there’s shame, there’s awkwardness, there’s fear. It took a while for me to understand how much we f*cked up and I think also stuff happened to me since then that made me understand how you must have felt.

‘As I became more well known, particularly as I put my Jewish identity a bit more front foot, suddenly I was getting racist abuse. I hated it and it did start to shift if me… of course, that’s how Jason Lee must have felt.’

While Baddiel and Lee had never met before this moment, Lee had played a Nottingham Forrest game against Chelsea knowing that Baddiel would be in the stands.

According to Baddiel, the footballer had felt this ‘weird dysfunctional connection to me’.

Speaking at a Q&A attended by Metro.co.uk, the comedian added: ‘The podcast is much longer and much more difficult than even that [scene in the documentary].’

Three men guilty of downing MH17 killing 298 people on board

Ozzy Osbourne ‘overwhelmed’ to be nominated for four Grammy Awards