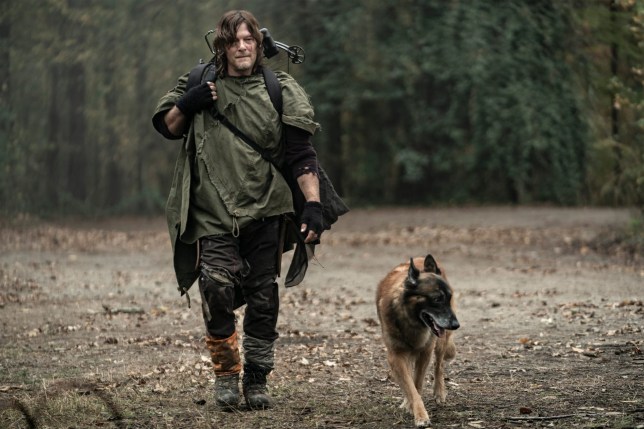 Daryl and Dog are together for the first time in the new clip (Picture: AMC)

The Walking Dead fans have been obsessed with Daryl Dixon and his four-legged companion for years, and now a new teaser has been revealed which explains the adorable origin story.

His canine friend, named simply Dog, has been a big part of the drama, but until now the circumstances in which they found each other have remained a mystery.

AMC has now released a new clip from Sunday’s season 10 episode Find Me, which shows Daryl meeting Dog for the first time as a puppy.

Taking place five years before the main events of the episode, the flashback clip focuses on Daryl away from the main group.

During a quiet moment by a river, a puppy emerges from the woods and jumps up at him, with Daryl smiling and asking: ‘Where’d you come from, huh?’

Dog also leads him to a cabin inhabited by the mysterious new character Leah played by Lynn Collins in the new episode.

Dog is set to play a big role in Find Me, having first appeared following the time jump in season nine.

Since then, Dog has been a hit with viewers. Back in 2018, fans even launched a petition urging producers to keep Dog alive until the end of the show.

Will fans get their wish and see Dog survive with Daryl until the end of the series? We’ll have to keep our fingers crossed. 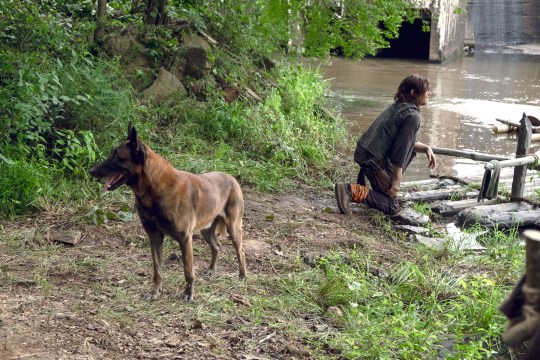 Dog is back in the new episode Find Me (Picture: AMC)

It was previously confirmed that The Walking Dead is heading to a close, with the massively popular drama set to finish after season 11.

Scott Gimple, Chief Content Officer, confirmed the news in a press release, explaining: ‘It’s been 10 years gone by; what lies ahead are two more to come and stories and stories to tell beyond that.’

Showrunner Angela Kang also recently spoke about what fans can expect from the remaining episodes, teasing viewers about the ‘new communities’ and ‘human drama’ they’ll encounter in the future.

There’s also a Daryl and Carol spin-off in the pipeline, with Norman set to reprise his role with Melissa McBride.

The Walking Dead seasons 1 – 10 are available on NOW TV and Sky On Demand.