DANCING on Ice’s Holly Willoughby screamed and ran off set after being scared by a dinosaur on tonight’s show.

The 40-year-old presenter got the shock of her life on the ITV skating show when an animatronic Raptor appeared behind her as she spoke to the camera rink-side.

Holly screamed and cowered to the side as the Raptor growled and snapped at her.

It then went over to her co-host Phillip Schofield who petted it on the nose, with Holly asking why the Raptor was friendly to him but more vicious to her.

On cue, it turned and came for her again, causing her to squeal again as she tried to finish her link.

The Raptor kept snapping at her, leading to her shouting “Back off!” before running off past the camera after she finished what she had to say as Phil laughed. 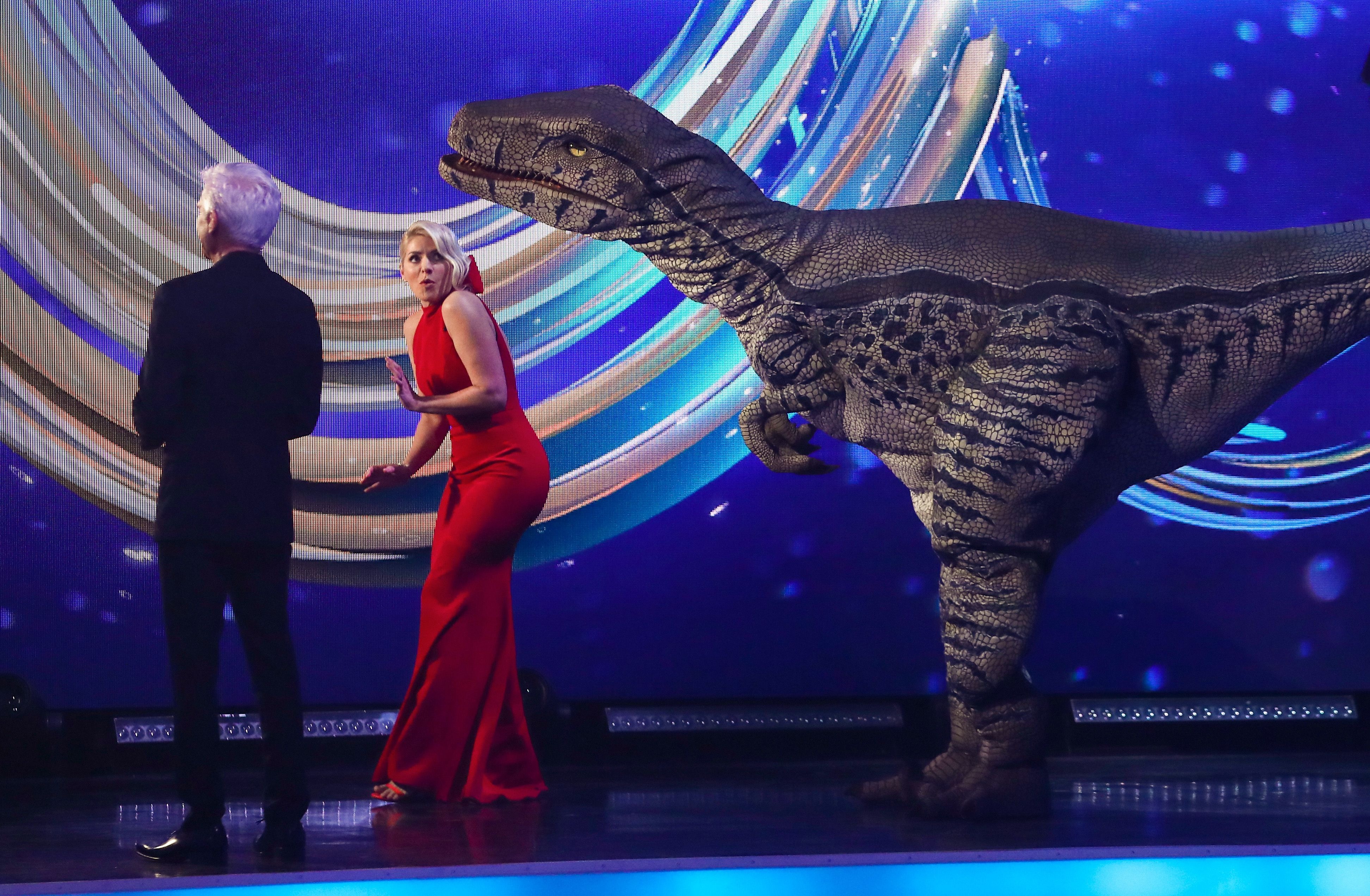 An animatronic Raptor came up behind her as she was reading a linkCredit: Rex Features

Holly screamed as it snapped at her

She tried to keep reading her link as Phillip Schofield laughed

The Raptor was on the ice for Lady Leshurr’s Jurassic Park themed routine for Movie Week.

As the rapper received her scores, the Raptor returned and gave judge Ashley Banjo just as much of a shock as Holly.

After Ashley cried out in shock, Holly – who was across the ice – said: “I’m just so happy that happened to you as well as me.”

Holly told the Raptor to back off

She then ran off past the camera

One wrote: “Holly and that dinosaur has made this whole series worth it #DancingOnIce.”

Another added: “THE DINOSAUR that was quality, Holly’s reaction was hilarious #DOI #DancingOnIce.”

A third tweeted: “Holly freaking out over a fake dinosaur was honestly the most entertaining part of the show.”

Meanwhile, Rebekah Vardy became the latest celebrity to be voted off the show after a skate off against Lady Leshurr.

Dancing on Ice continues next Sunday, March 7 on ITV.