The Dancing On Ice stars were seen together for the first time after Faye‘s original partner, Hamish Gaman, was forced to quit. 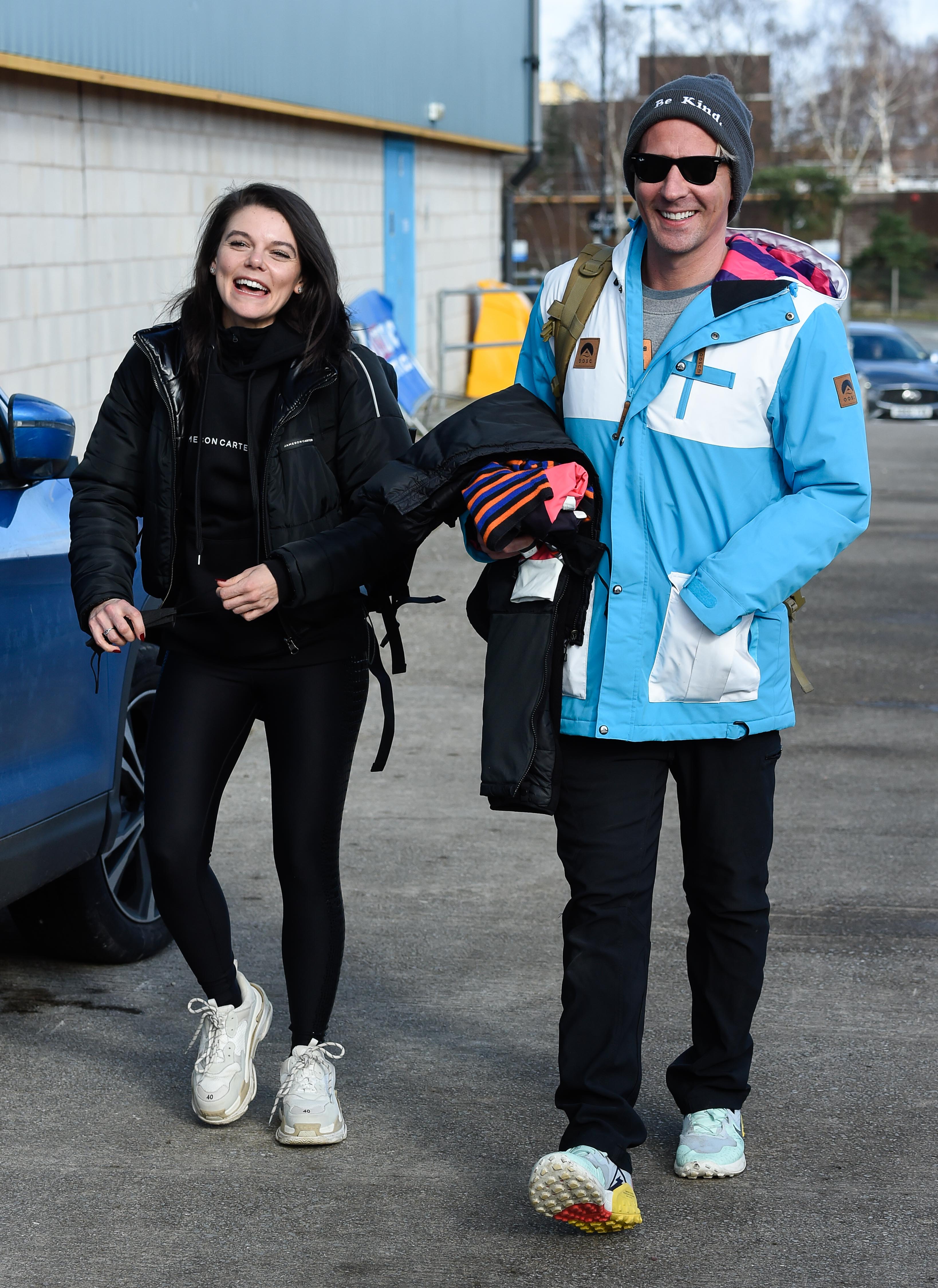 Faye, 33, flashed a smile as she hugged Matt outside the ice rink before they headed inside.

The Coronation Street star wore black leggings and white chunky trainers and wrapped up in a puffa jacket.

Matt – who had left the show after his partner Denise Van Outen suffered an injury – wore a neon blue jacket and beanie hat.

The new skating partners already seemed to be on great terms as they chatted and laughed with each other. 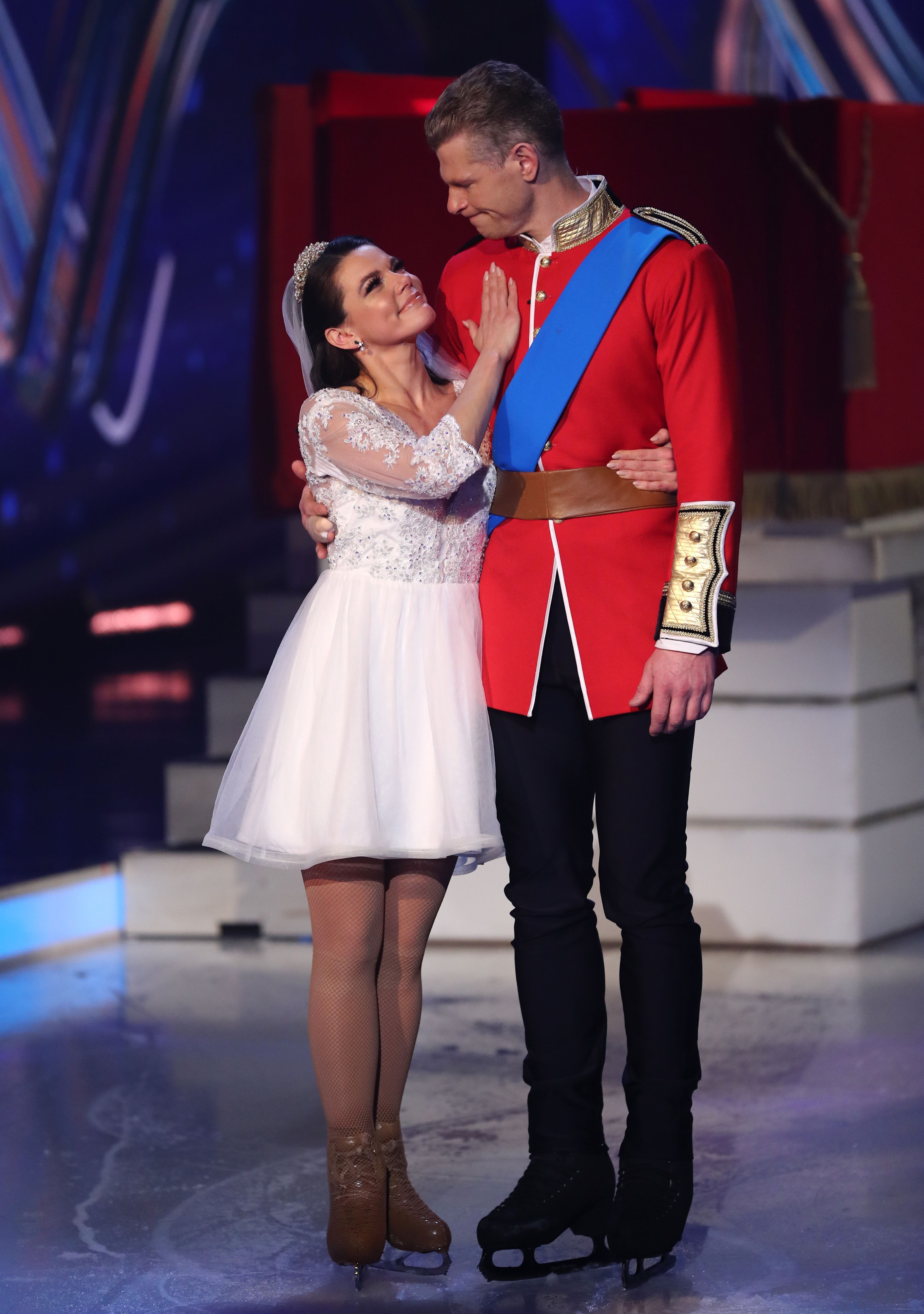 Hamish was forced to pull out of the show due to a hand injuryCredit: Rex Features 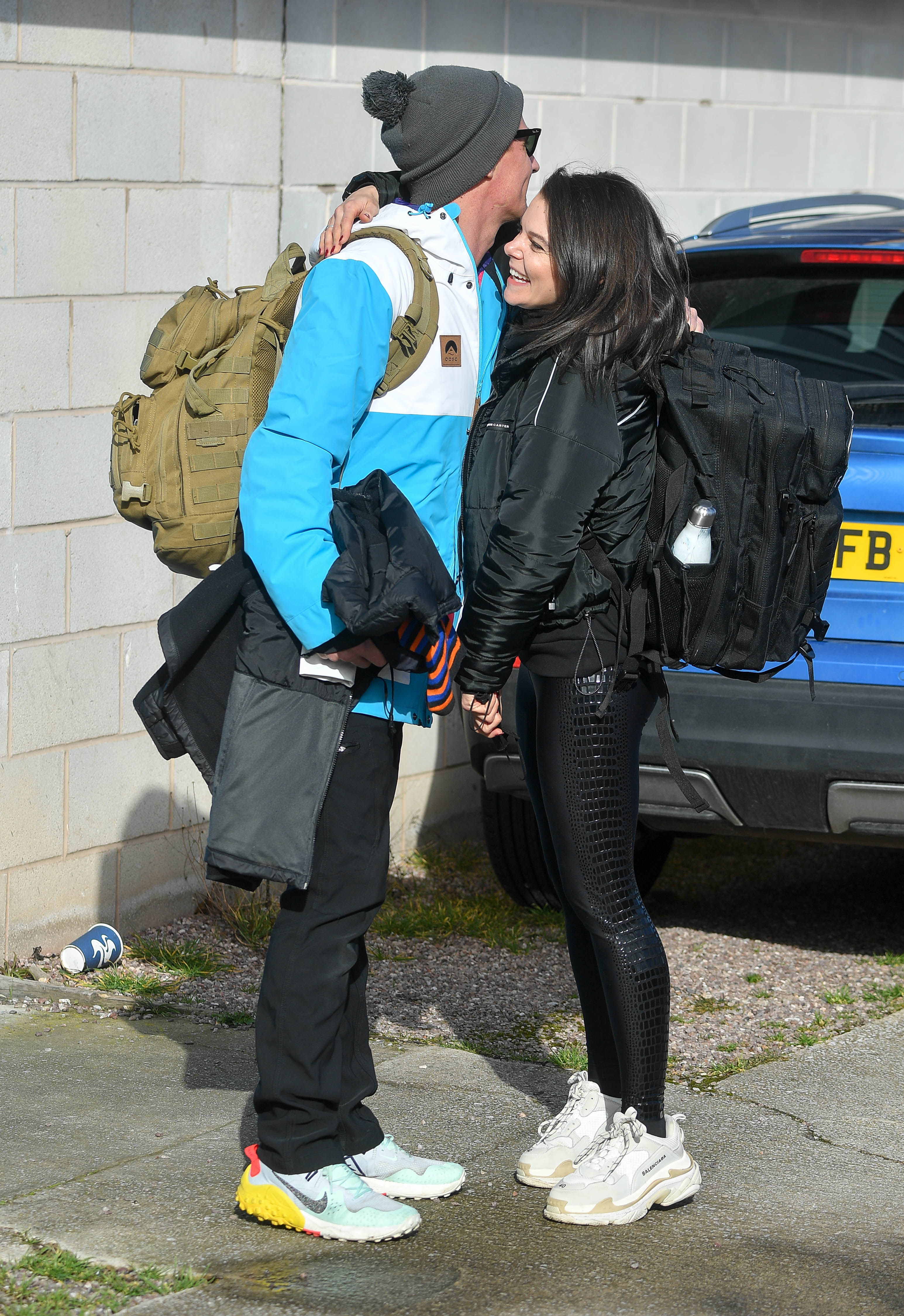 Matt and Faye gave each other a friendly hug outside the ice rinkCredit: Splash News 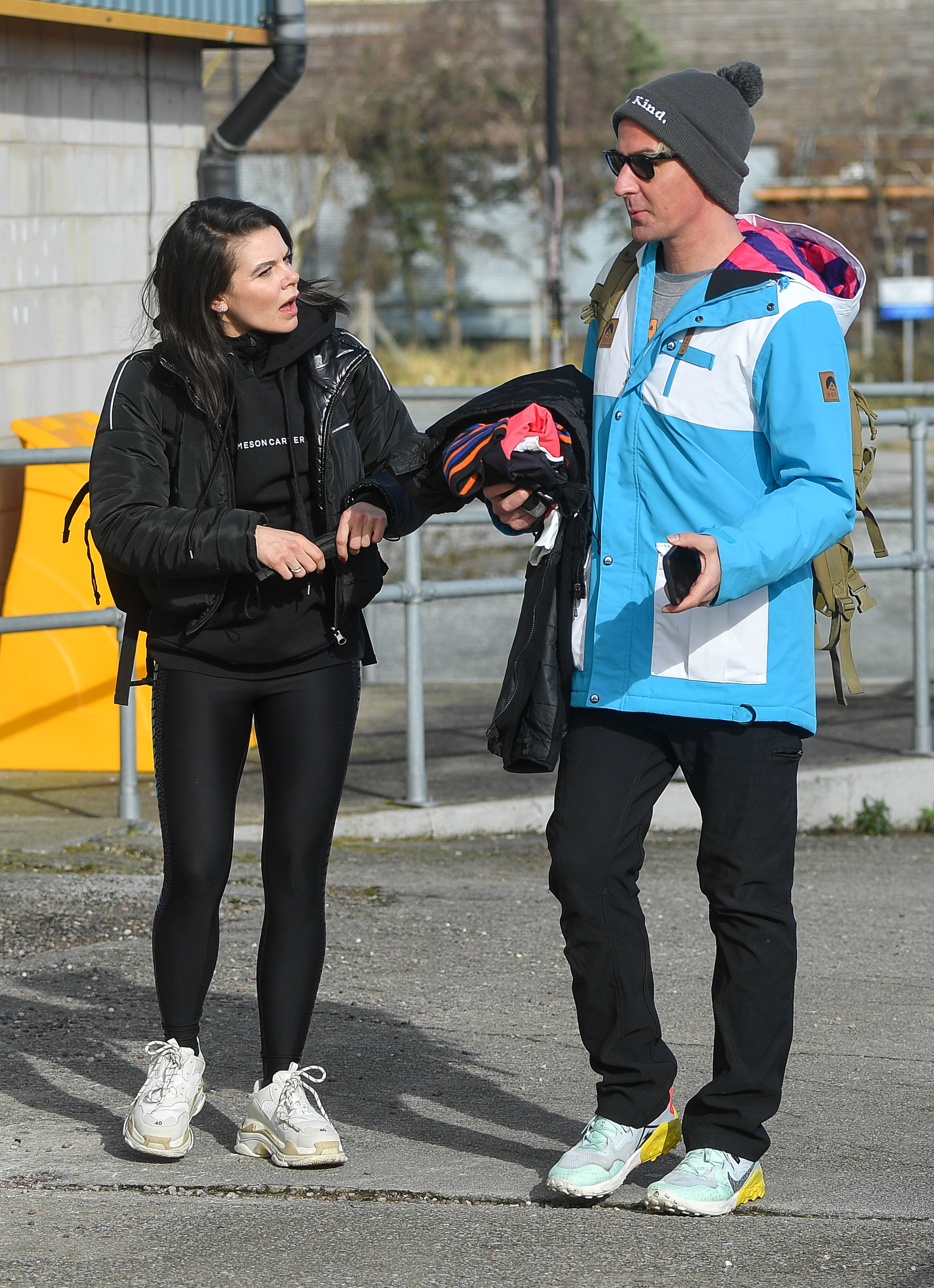 The Coronation Street star wore black leggings and white chunky trainers and wrapped up in a puffa jacketCredit: Splash News 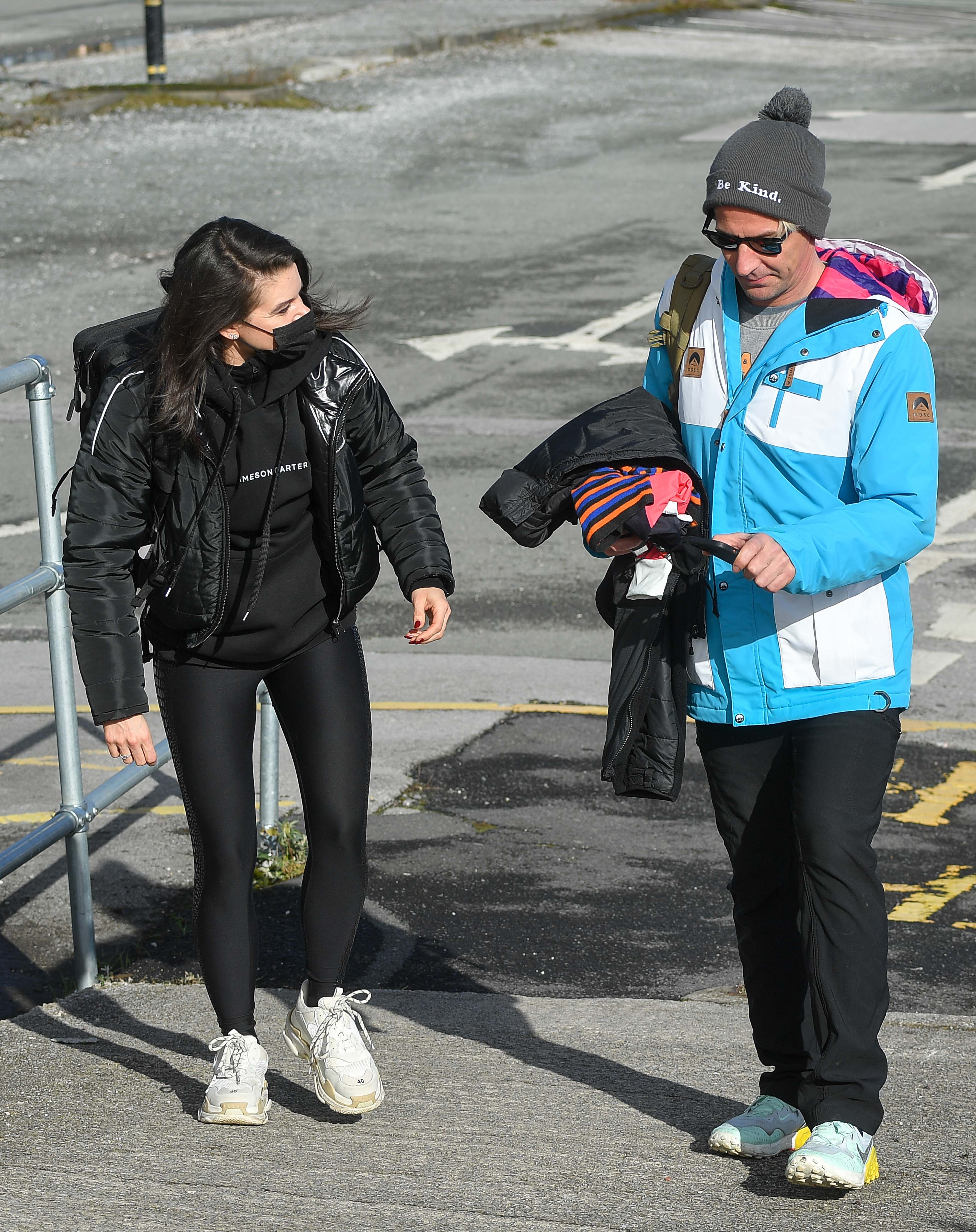 Faye and Matt will debut as a skating couple when the series returns next week after taking a brief hiatus to allow the stars to recover from injuries.

Hamish pulled out of Dancing On Ice earlier this week after tearing a tendon in his hand.

Sources exclusively told The Sun that he quit after a tense meeting with producers over his and Faye’s next performance.

Faye feared their routine – based on a scene from 1990 film Pretty Woman – was too basic. Hours later, ITV announced Hamish was out. 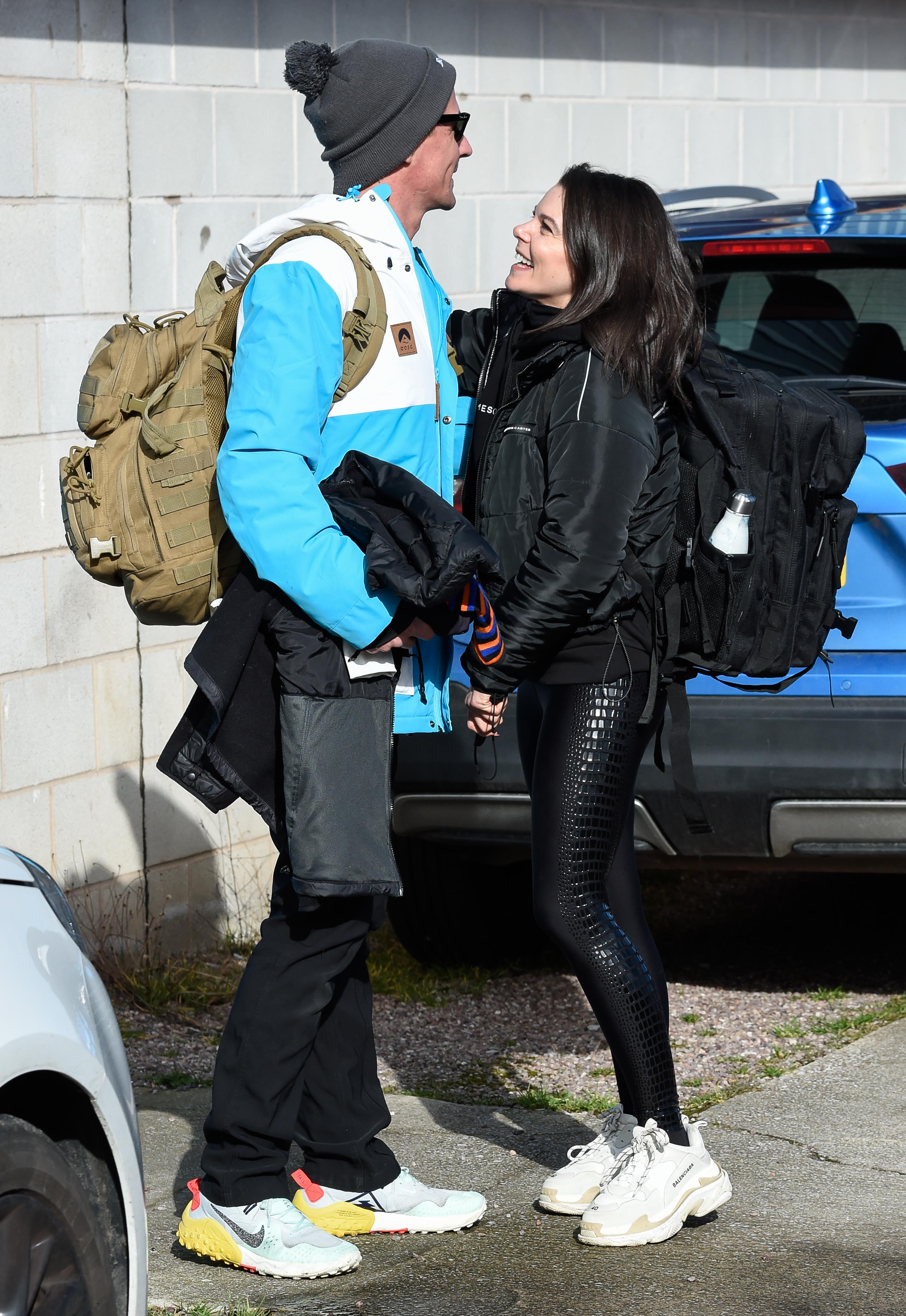 The new skating partners already seemed to be on great termsCredit: Splash News 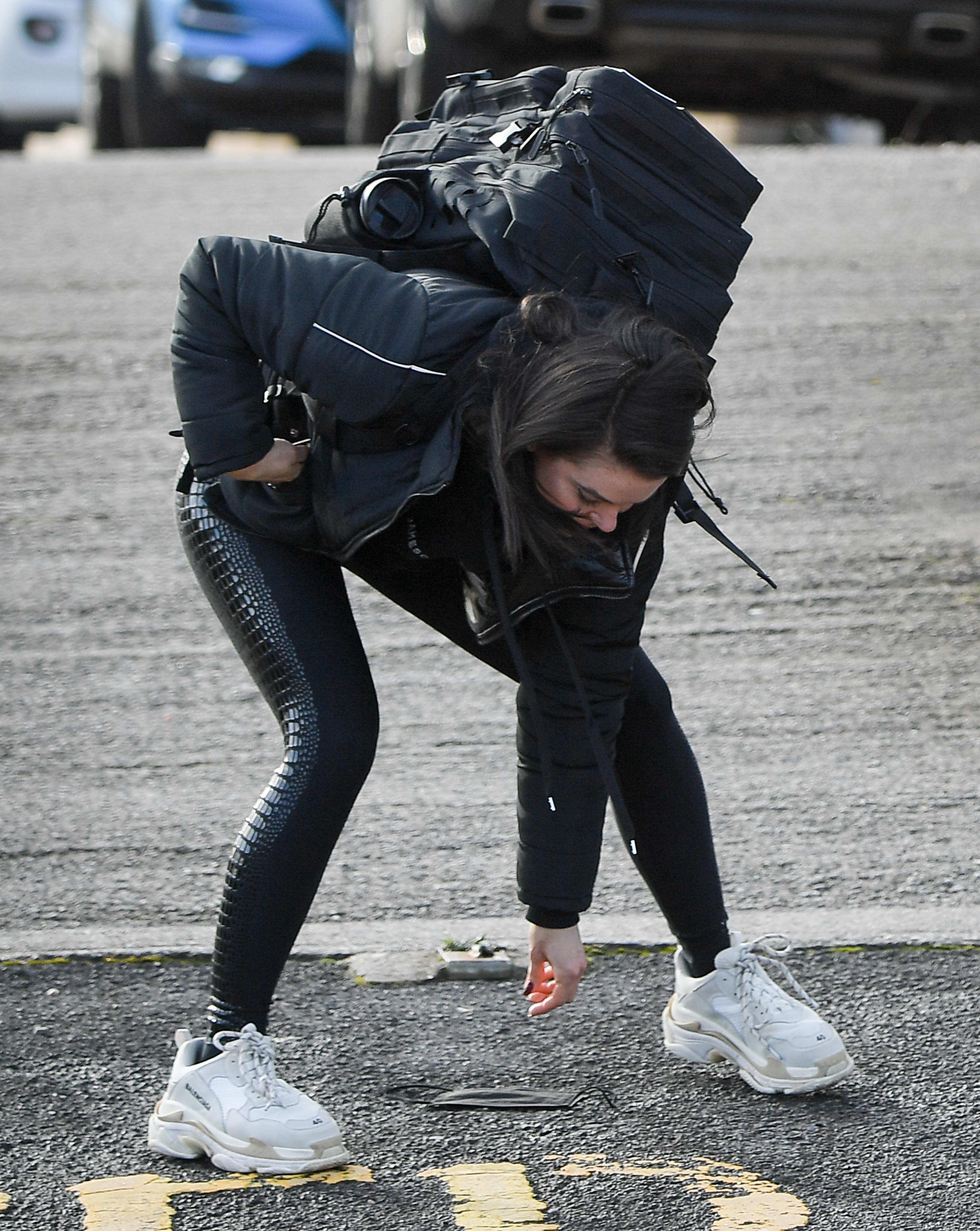 Faye appeared flustered as she picked up her face maskCredit: Splash News

Faye has been unhappy with her treatment at the hands of the judging panel, feeling they had been harsh and was worried she might be in the bottom two again

A production source said: “Faye wants to win at all costs and has been concerned that the judges have been quite critical of her and Hamish.

“So, at the start of the week, as rehearsals for what would have been this Sunday’s show began, they both went in to see show bosses to express their concern over the routine.

“Faye, in particular, felt it would be too simplistic, they’d get low marks and she would be at risk of elimination. It can’t have helped that the routine was taking into account Hamish’s injury.” 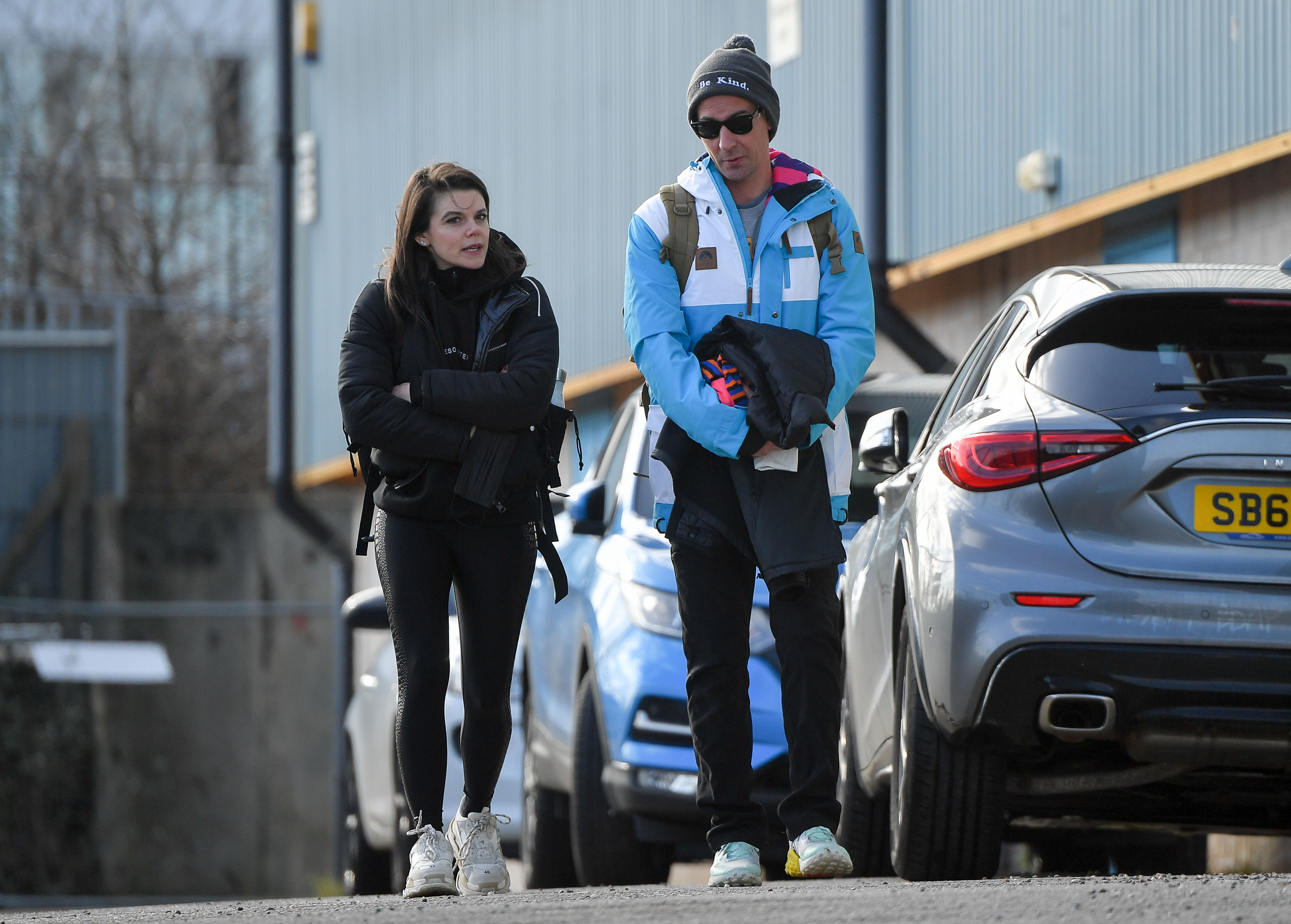 The new skating partners were deep in conversation as they walked up to the ice rinkCredit: Splash News 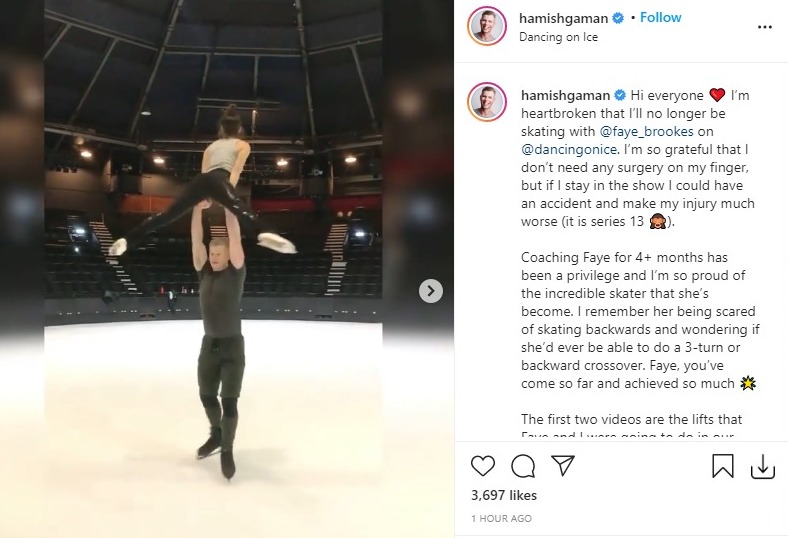 Hamish paid tribute to Faye as he broke his silence after his exitCredit: Instagram/hamishgaman

The insider added: “But, after the meeting, the cogs clearly whirred into action because less than a day later Hamish was gone.”

Hamish told fans medics had cleared him to skate. But an ITV source explained: “Hamish was told he could do irreparable damage to himself if he carried on and then fell.

“His instincts would be to try and catch Faye if she fell but in doing so could limit his skating career in the future.”

Hamish broke his silence in a statement today, admitting he’s “heartbroken” to be leaving and paying tribute to Faye. 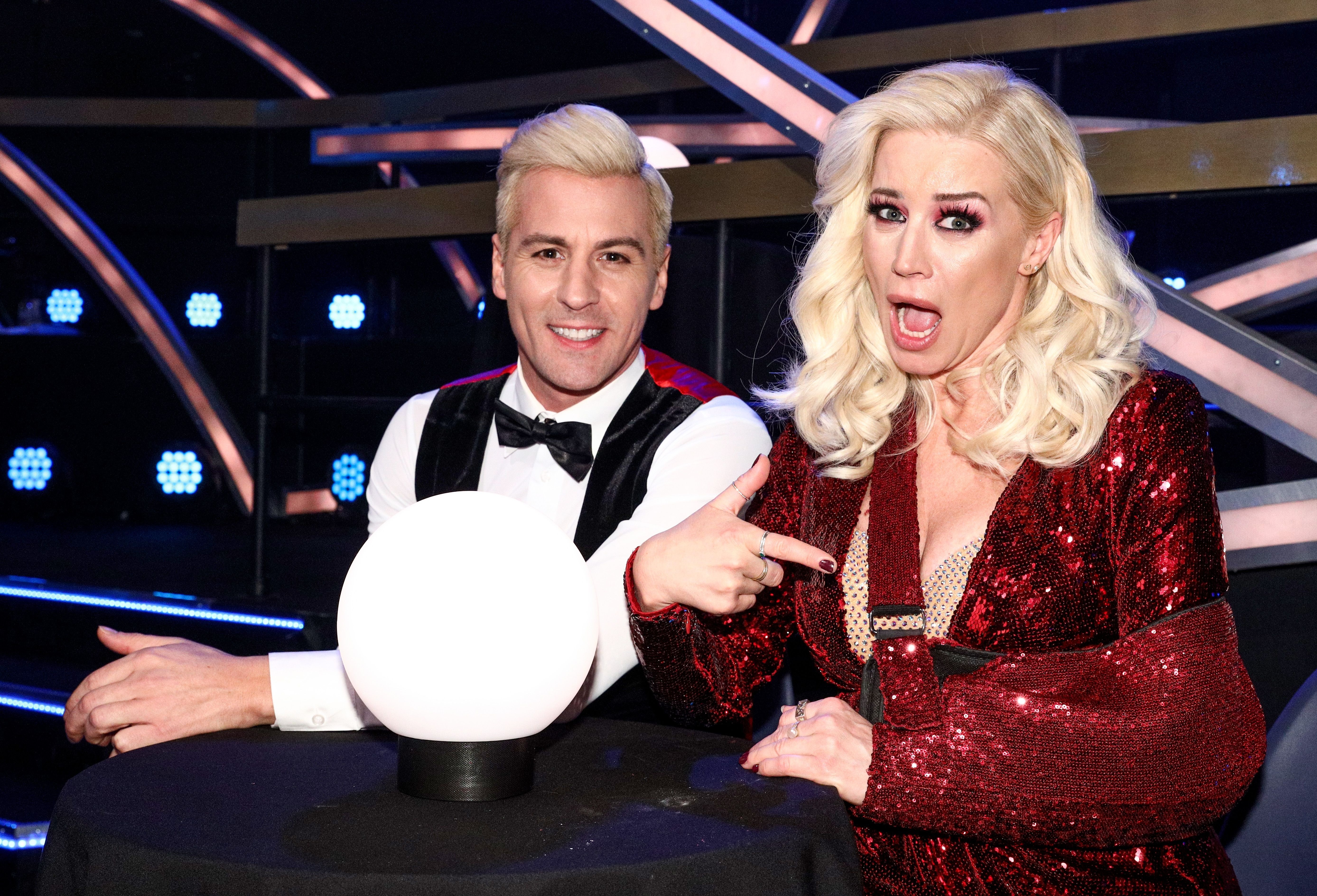 Matt was previously partnered with Denise Van Outen, who quit after suffering an injuryCredit: Rex Features

The 37-year-old shared a series of clips of him and Faye practicing their routine, which they will now not be able to perform.

He wrote: “Hi everyone I’m heartbroken that I’ll no longer be skating with @faye_brookes on @dancingonice.

“I’m so grateful that I don’t need any surgery on my finger, but if I stay in the show I could have an accident and make my injury much worse (it is series 13).

“Coaching Faye for 4+ months has been a privilege and I’m so proud of the incredible skater that she’s become.”

The Top Proptech Trends for 2021