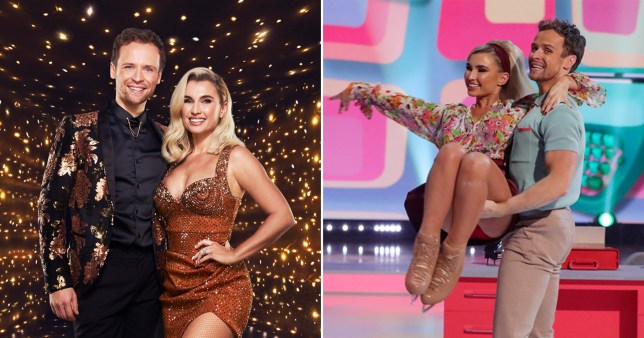 Billie has unfortunately had to leave the competition (Picture: Rex)

Dancing On Ice 2021 is a man down after an accident during rehearsals meant Billie Faiers has been forced to drop out of the competition.

The Mummy Diaries and Towie star is the latest in a long line of accidents and injuries in this year’s series, which has caused both reserves to be called in at the last minute.

So what exactly happened to her and will Billie be replaced?

What did Billie Faiers quit Dancing On Ice?

It was announced on Saturday night that Billie would unfortunately no longer be able to take part in the competition.

Billie, who is married to Greg Shepherd, had already been given a bye last week following the death of her grandmother. 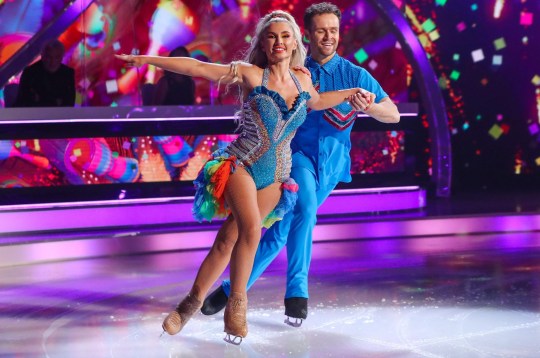 Billie only got to perform one routine in the competition (Picture: Rex)

Unfortunately, while in rehearsals for her return with dance partner Mark Hanretty, she slipped and hit her head on the ice, suffering a concussion.

As a result, doctors have said that she can’t perform this week either.

Rules state she can’t miss two weeks in a row, and unfortunately this means she’s been forced to withdraw.

What has Billie Faiers said about her DOI exit?

On Sunday morning, after news of her accident broke, Billie spoke out saying she was ‘gutted’ to no longer be taking part.

In a long statement thanking the team and Mark for their help during the competition, Billie wrote: ‘It’s been a tough couple of weeks personally for me and coming back to skating this week has really been a great distraction.

‘I am so so gutted we can’t perform tonight, we worked so so hard on this week’s routine. However, although it has sadly been cut short, being part of [Dancing On Ice] has been the best experience.

‘I have met some wonderful people and I actually feel quite proud of myself that I pushed myself so far out of my comfort zone and faced some of my biggest fears.’

‘I’m going to miss being part of this incredible show so much. I wish all of the rest of cast so much luck and I will be cheering you all on every Sunday, you are all amazing!!,’ she added.

‘Thank you to everyone for your kind messages and support throughout all of this. It means so much to me and I am so grateful.’

Who is replacing Billie Faiers on Dancing On Ice?

Unfortunately, due to the two reserves already being used, Billie will not be replaced in the competition.

It’s the first time in the show’s history that both reserves have been needed, with Amy Tinkler replacing Denise Van Outen after she dislocated her shoulder, and Matt Richardson filling in for Rufus Hound.

Rufus pulled out earlier in the week after testing positive for coronavirus, whereas Denise was forced to quit after only one performance.

Dancing On Ice airs Sundays at 6pm on ITV.