Dancing On Ice: Where is Kye Whyte and why is he not taking part?

The Dancing On Ice injury curse has already struck once already this series, and it seems to have taken Kye Whyte down this week.

The Olympian, who is paired with Tippy Packard, will not be skating for the judges tonight, it was announced on Saturday.

The 22-year-old took to the ice with his pro partner in week one, skating an energetic routine to Bonkers by Dizzee Rascal.

They earned a respectable total of 24 points from Ashley Banjo, Jayne Torvill, Christopher Dean and Oti Mabuse, and the viewer vote put them through another week.

However, we’ll have to wait a bit longer until we see the athlete back in the rink.

Why is Kye Whyte not competing on tonight’s Dancing On Ice? 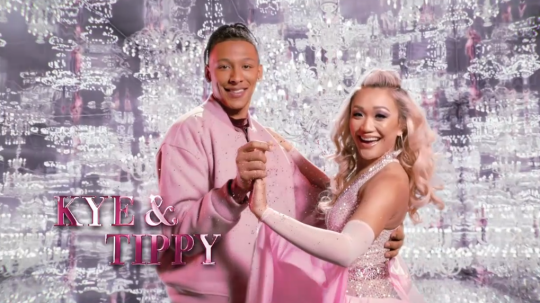 The Olympian has injured his knee (Picture: ITV)

Unfortunately, Kye has been advised by medics not to take part in this weekend’s show.

The BMX racer has sprained his knee, so will have to sit on the sidelines and cheer on his fellow contestants.

A spokesperson for Dancing On Ice said: ‘During rehearsals for this Sunday’s show, Kye fell on the ice and sustained an injury and will therefore not perform in this weekend’s show.’

Kye added: ‘It’s an unfortunate accident. I’ve trained and worked hard with Tippy to perform this weekend. For me, as an athlete, I’m used to stuff like this happening where you get injured and can’t compete.

‘I’m more sad for Tippy, she’s worked hard so not being able to skate is obviously upsetting. We both really wanted to do this number, it’s a cool performance and we put a lot of effort into it.’ 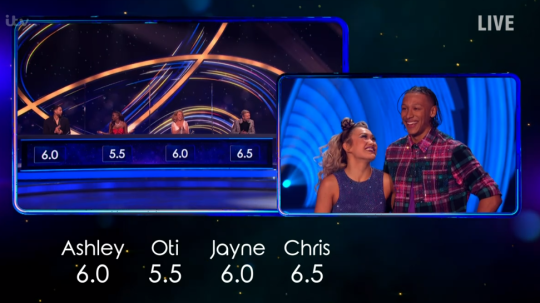 The pair got off to a good start (Picture: ITV)

He added that he ‘was so happy and excited for everyone when they skated last weekend’ and he ‘couldn’t wait to skate this Sunday.’

‘I’ll be there cheering everyone on!’

The couple were due to take on an intricate performance inspired by The Matrix for the show’s movie week special.

ITV’s statement only rules out an appearance from Kye this Sunday, suggesting he should be back next week, so long as it’s safe for him to skate.

Following Kye’s comments, it seems he’s also eager to get back to training.

S Club 7 star Rachel Stevens was forced to miss last week’s show after injuring her wrist, but she’ll take to the ice this weekend.

She took just one week off to recover from her fracture so there is hope for Kye, although the severity of his sprain is unclear. 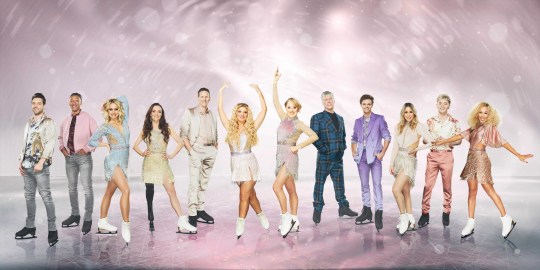 All the other celebs will take to the ice for movie week this week (Picture: ITV/Matt Frost/REX/Shutterstock)

It’s never surprising when celebs take trips and tumbles on the dangerous reality show, as Happy Mondays star Bez – who returns this week after testing positive for Covid – also cracked his head on the ice early on in rehearsals.

We can only keep our fingers crossed that no more injuries will occur, and the star-studded line-up will remain in tact!

The first contestant to be eliminated from this year’s series was rugby player Ben Foden, after he lost out to TV presenter Ria Hebden in the first skate-off.

Tonight will see another couple eliminated as everyone pulls out all the stops to avoid being in the bottom two.

Dancing On Ice continues tonight at 6pm on ITV.

Why Carl Thomas Dean and I Are ‘Perfect Partners’