The Sun can reveal the 46-year-old actress will bravely take to the ice after a horror fall left her in hospital. 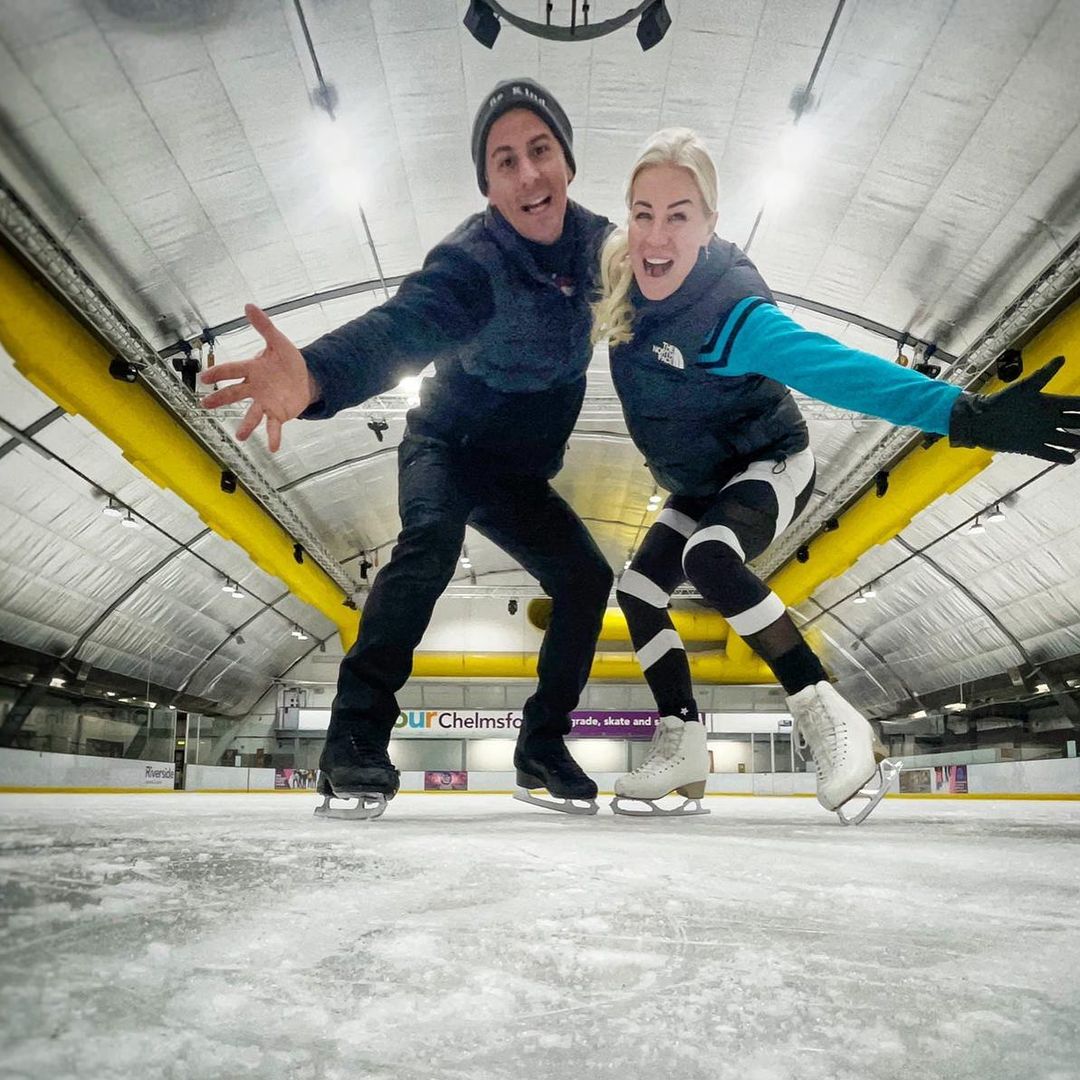 Sources say determined Denise won’t let the injury force her out of the competition after medics admitted it was “touch and go”.

“Denise had a huge scare, but she’s determined not to let a dislocated shoulder stop her from performing on the launch show,” the insider said.

“She’s had huge support from her skating partner Matt Evers. He’s going to be on hand to make sure tonight goes to plan, despite the difficult circumstances.”

This morning Denise praised the NHS from her hospital bed as she shared pictures of her on pain relief. 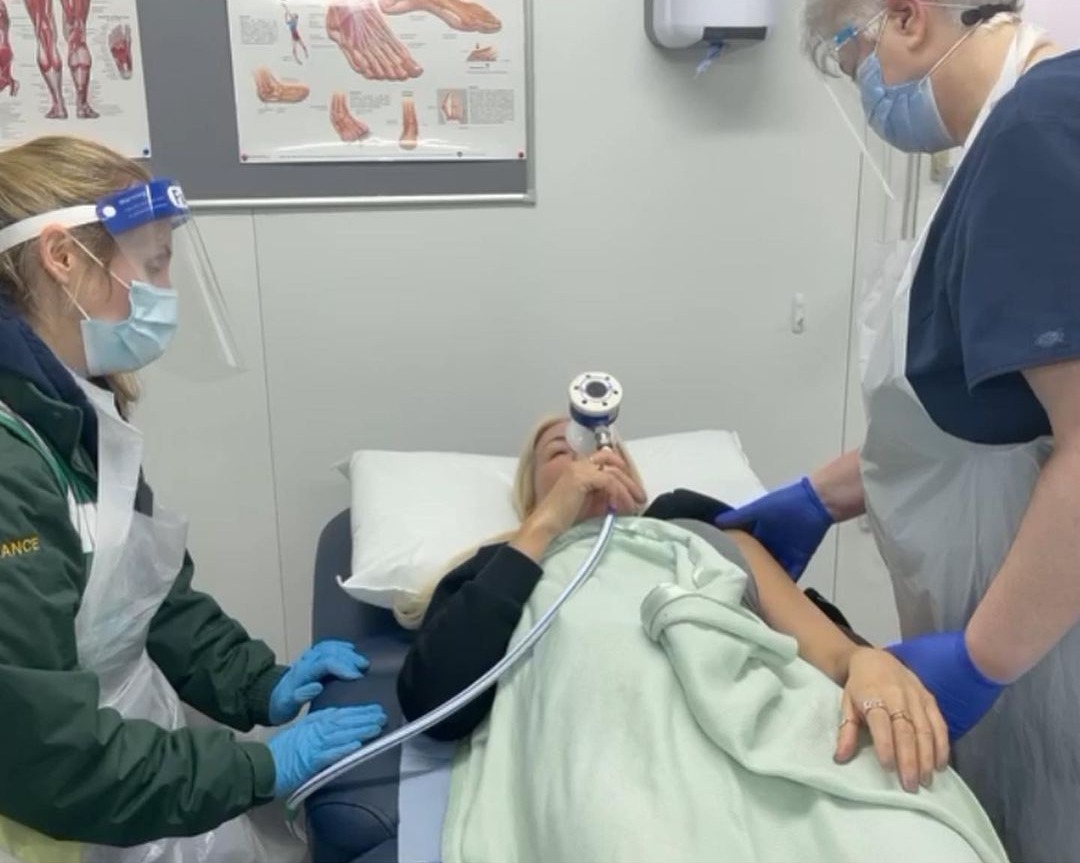 The Sun revealed how her future on the show with pro star Matt Evers in tonight’s ITV opening show was in doubt. She told us: “I’m hoping and praying I can heal.”

Now her skating celebrities appear to have confirmed she’s been given the go-ahead to perform.

Billie Faiers said: “You are so amazing And brave !!! nothings going to stop this lady. I am soooo excited to watch you and @themattevers later.”

Sonny Jay added: “Everyone is going to LOVE your performance.” 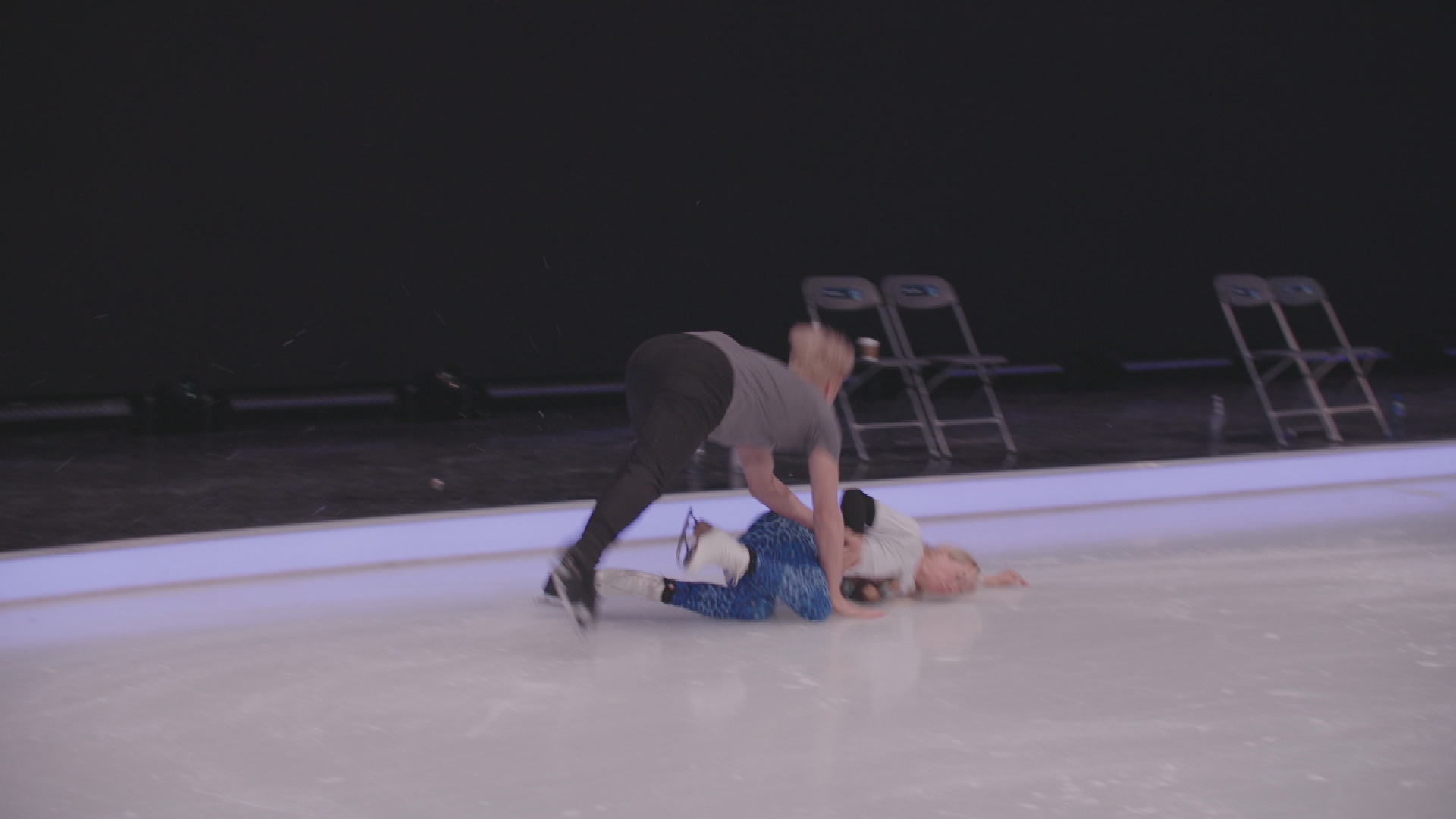 The star fell on her face and damaged her shoulder 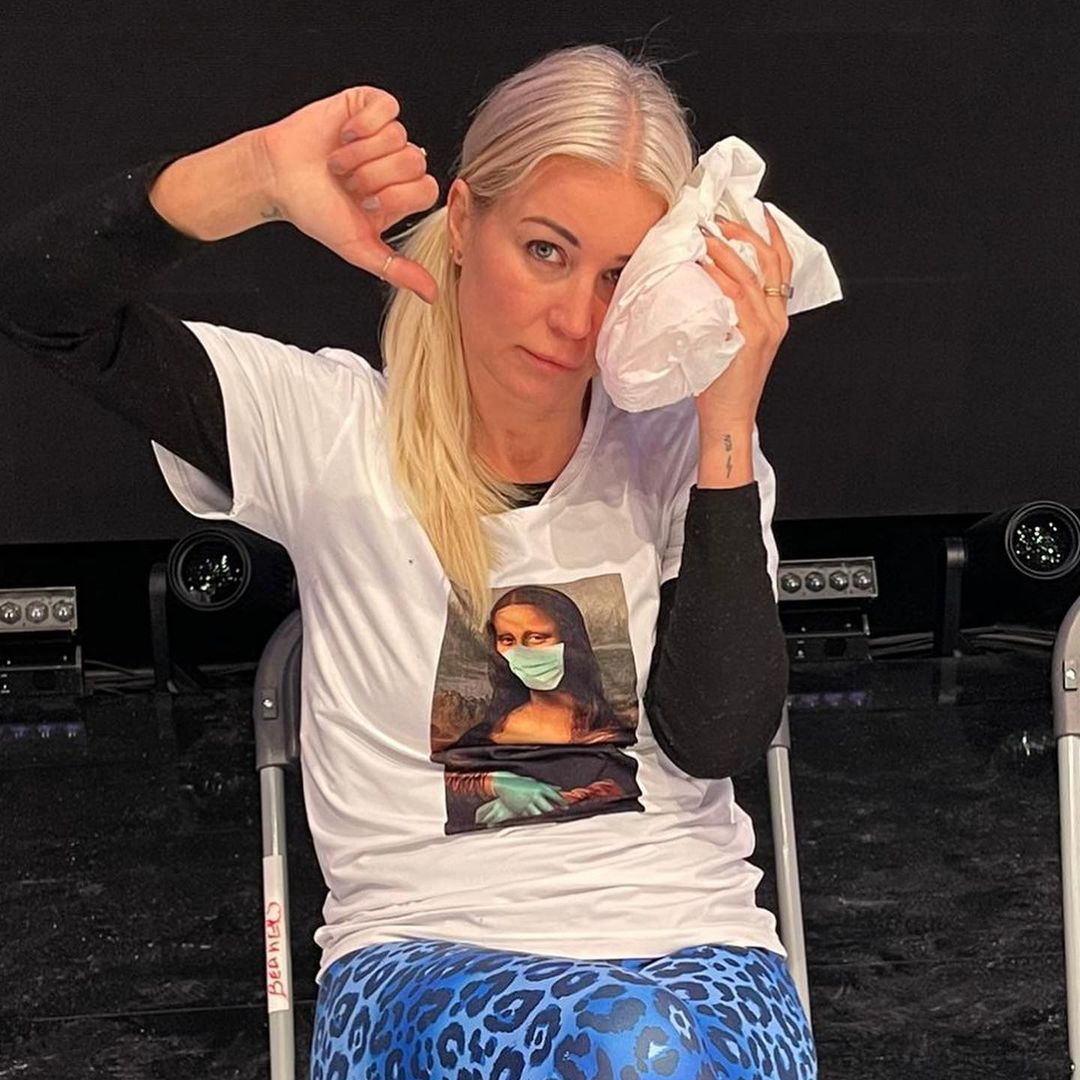 The emotional star did a thumbs down after her fallCredit: Instagram

Her partner Denise teased their return, telling fans: “Tonight is the night.”

Matt added: “Out of my 13 Dancing on Ice celebs over the years, you get the most improved star.

“Proof that through hard work and dedication you can make a change and even learn to skate.”

The Sun has reached out to Dancing on Ice for comment.

Denise has not yet confirmed she will be fit enough to perform, leaving viewers forced to wait until the show kicks off tonight. 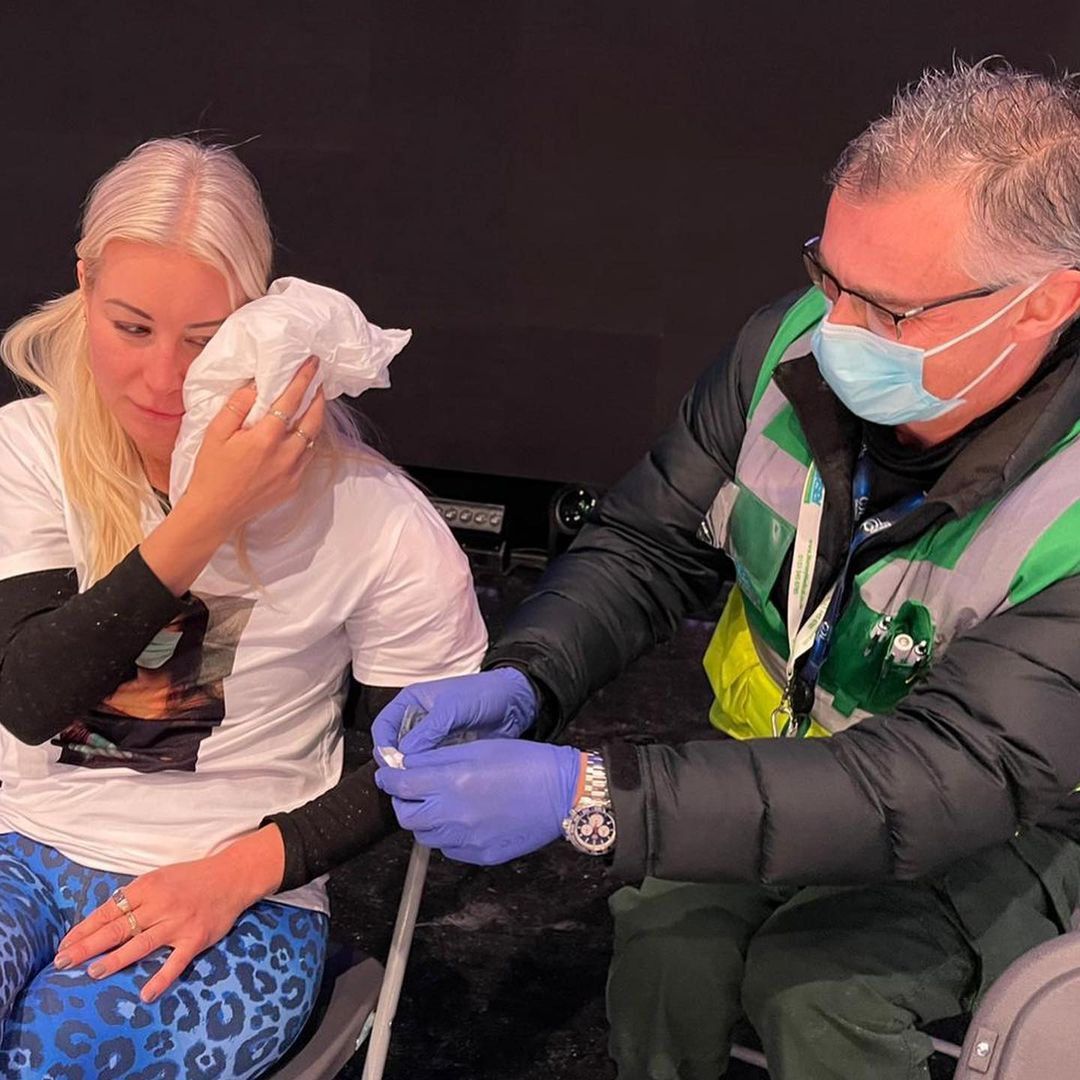 She was treated by show medics before being taken to hospitalCredit: Instagram

Returning to social media for the first time since her dramatic fall, Denise told fans: “Thank you for all your lovely messages this morning. Told you I’m clumsy on the ice! 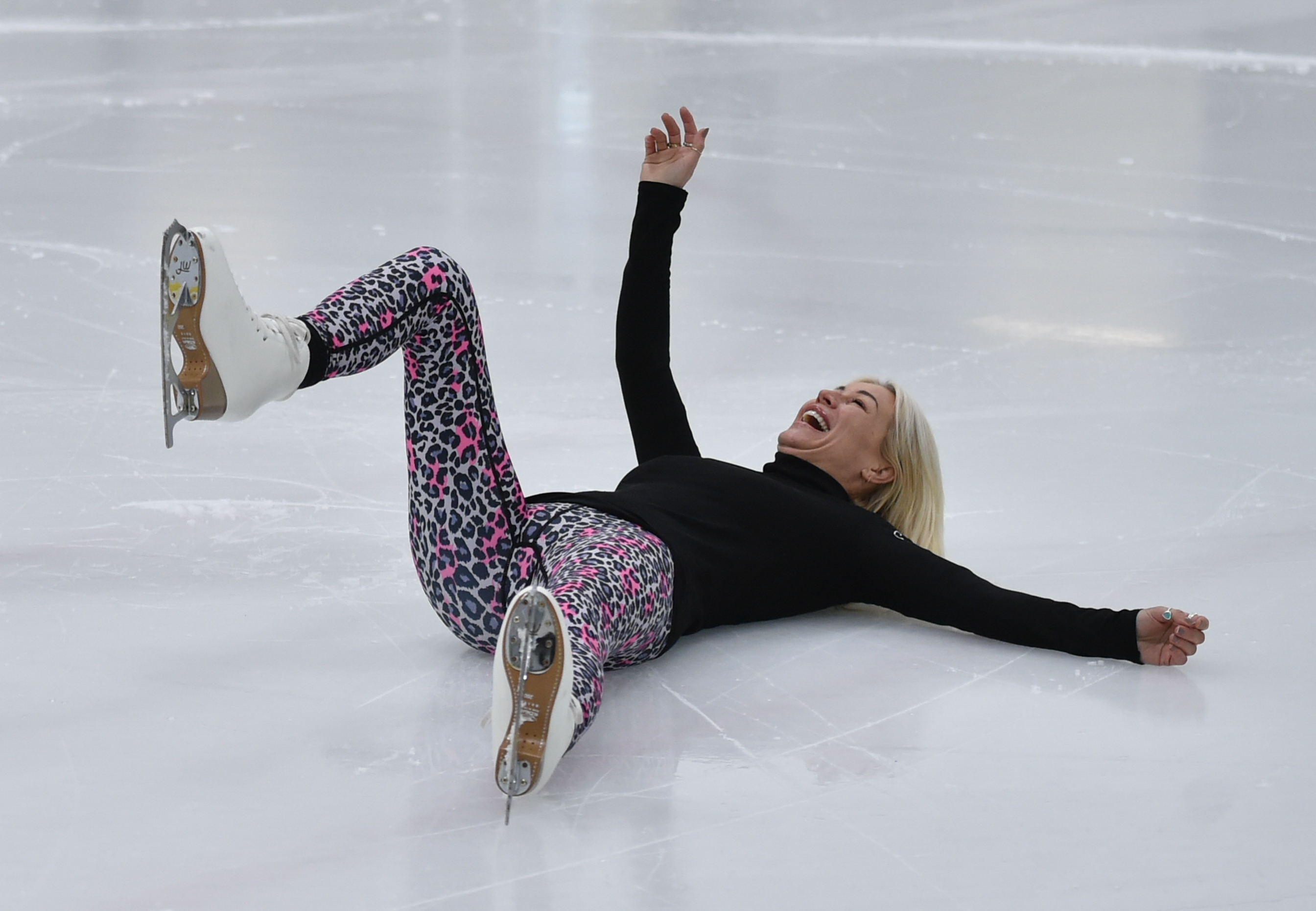 “Massive thanks to everyone @itv. (Medics & production) and our glorious @nhswebsite for looking after me because I know how overstretched you are at the moment.

“Also thank you to @themattevers for being a true friend and taking care of me and making me laugh when I feel like crying.”

Brave Denise was then raced to hospital following the terrifying fall on the ITV1 show’s studio rink at Bovingdon Airfield, Hertfordshire, on Thursday.

An emergency X-ray revealed a dislocated left shoulder and damage to her tendons. 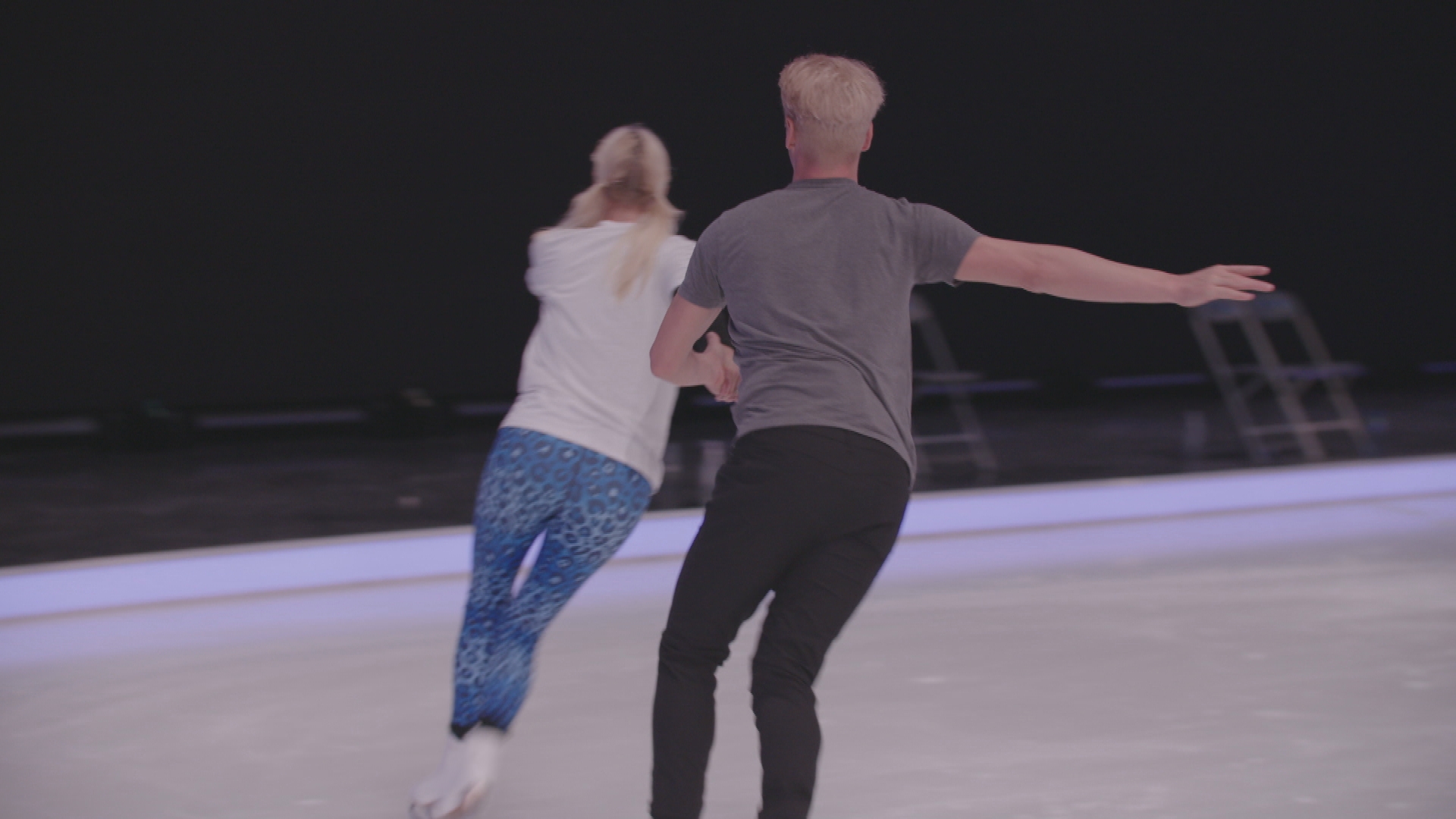 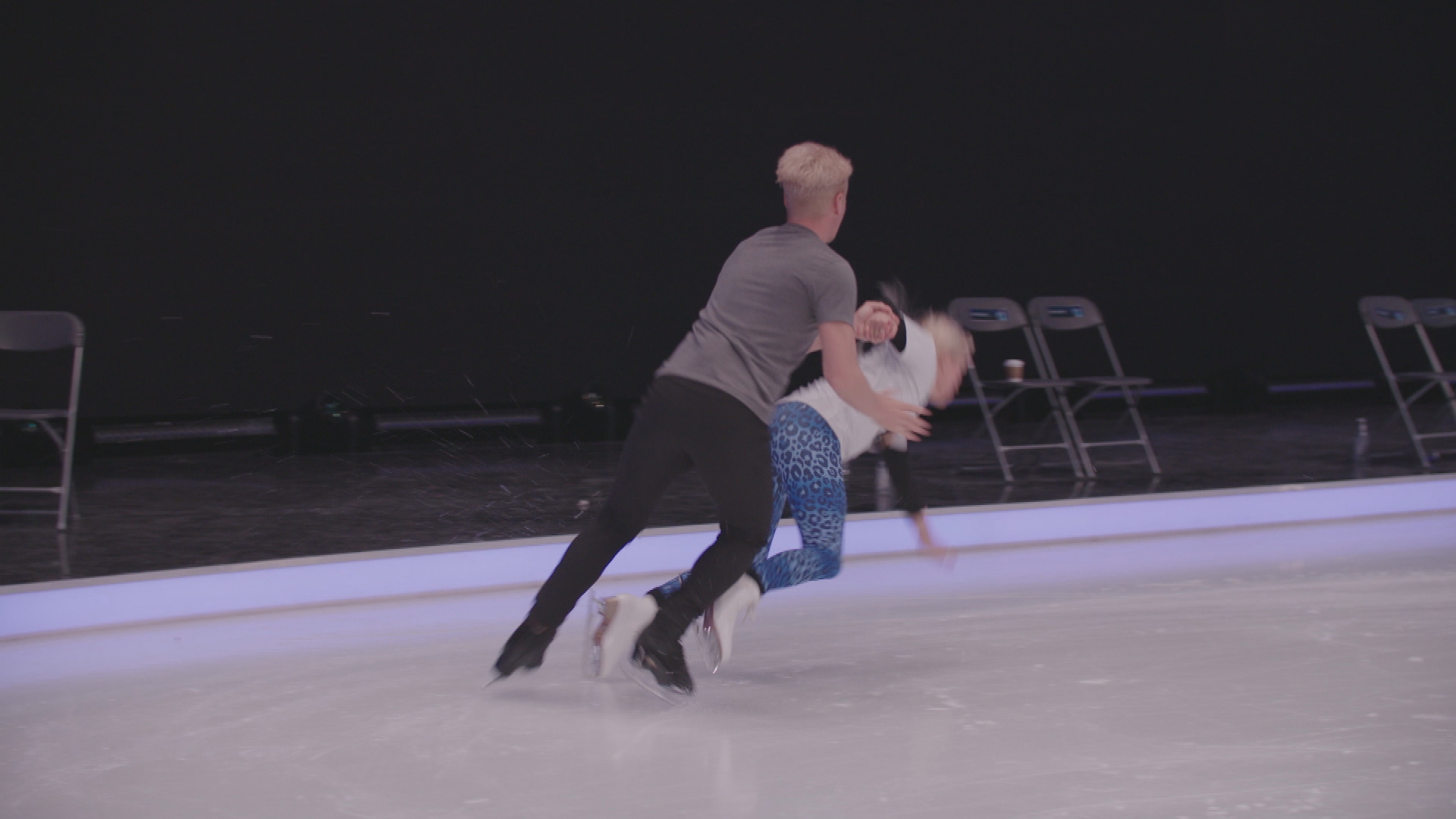 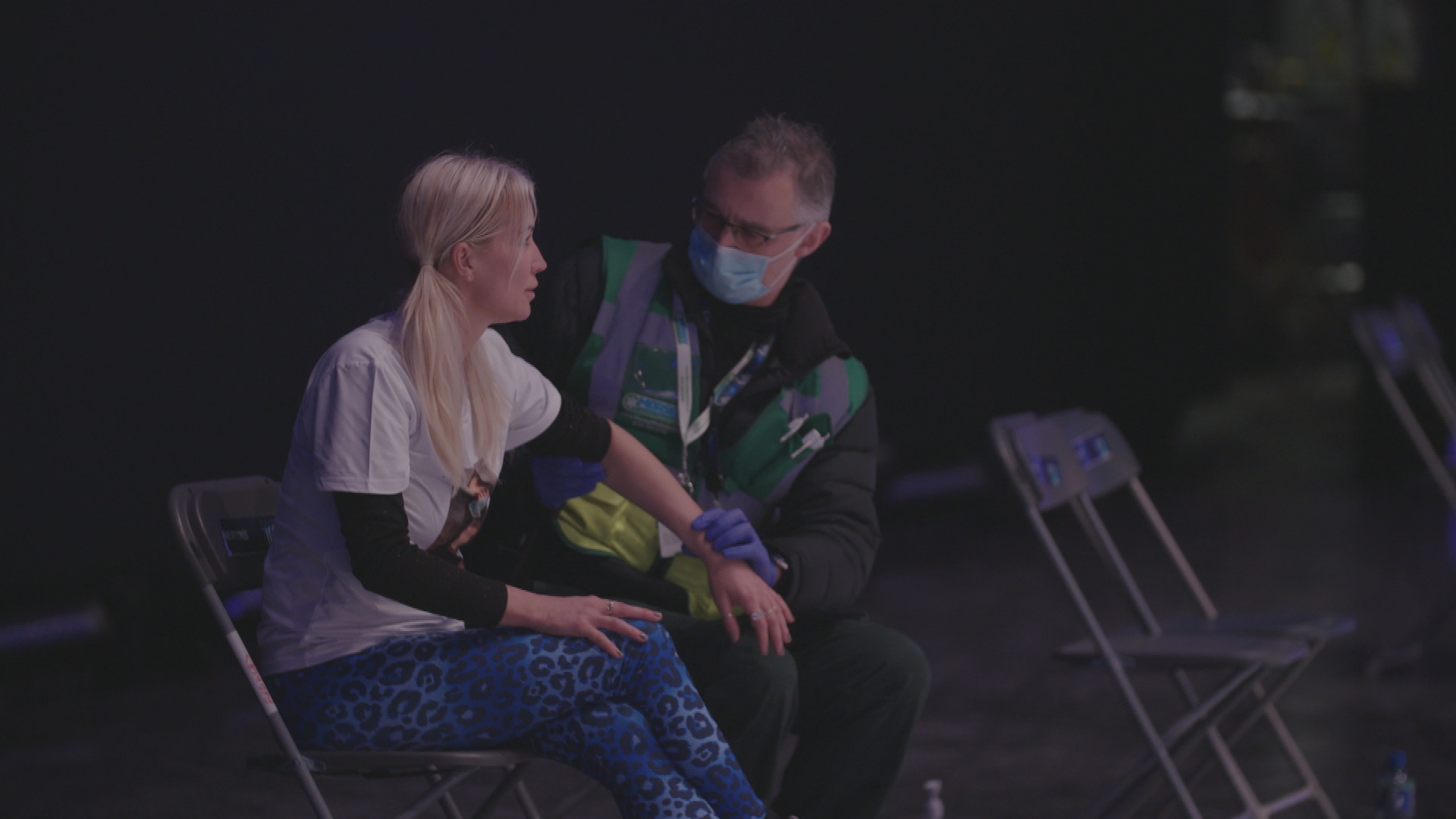 A show medic tends to Denise’s injuries on set 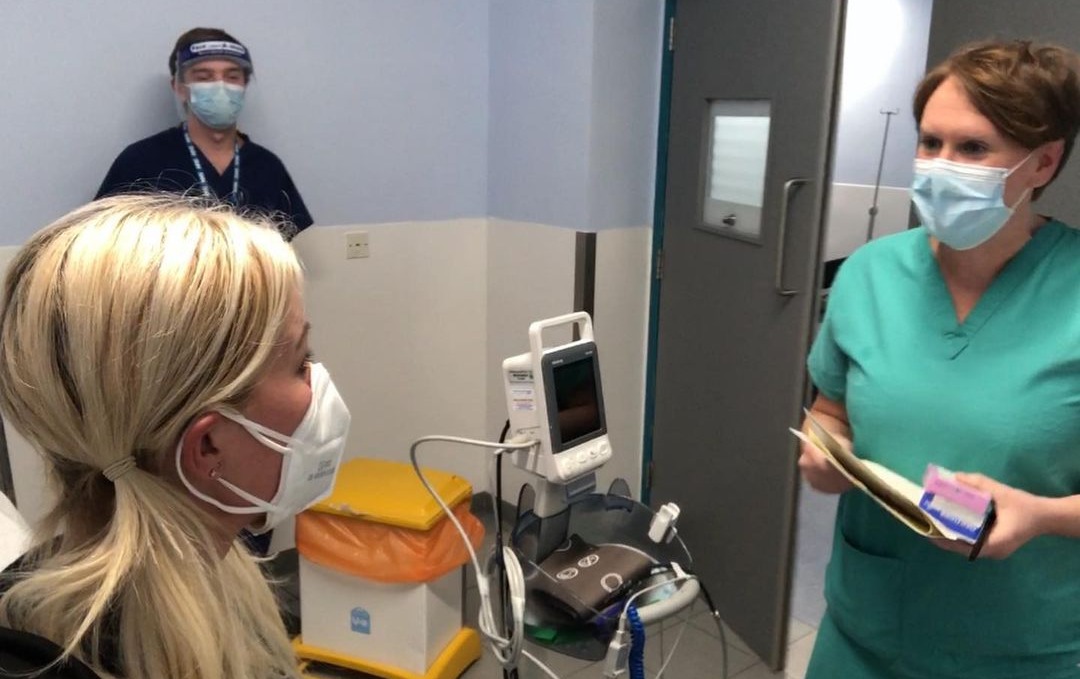 It’s ‘touch and go’ whether Denise will be able to skate tonightCredit: Instagram

Speaking exclusively to The Sun on Sunday, Denise, 46, said: “I’ve taken a few tumbles since we started training but with this one I knew immediately it wasn’t good.

“I was rehearsing with Matt, hit my toe pick and went flying.

“Straightaway I knew I’d done something. I just thought, ‘Please don’t let it be a break.’

“The on-site medics and physio checked me over immediately and my shoulder was quickly iced.”

An industry source said: “Denise was incredibly brave. She’s a real trouper. The ice is harder than concrete and very unforgiving. 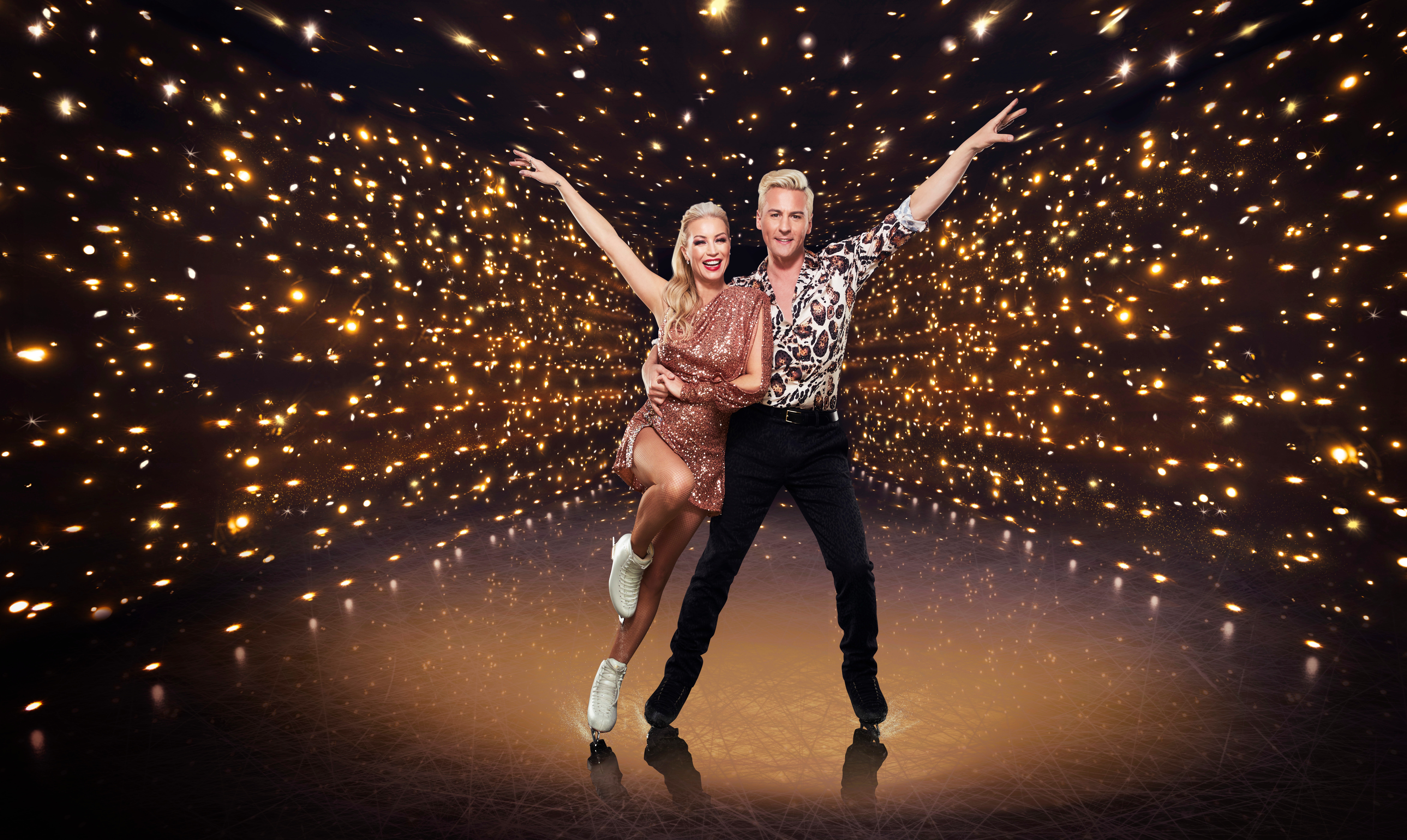 “She had a nasty fall so she’s impressed the whole crew by getting back on her skates. Everyone is rooting for her.”

Just a day before the accident skating novice Denise revealed she was finding it difficult controlling her body on the ice.

She said: “I love performing so the top half I can do but the bottom half I’ve found really hard. You’re skating around with blades on your feet. 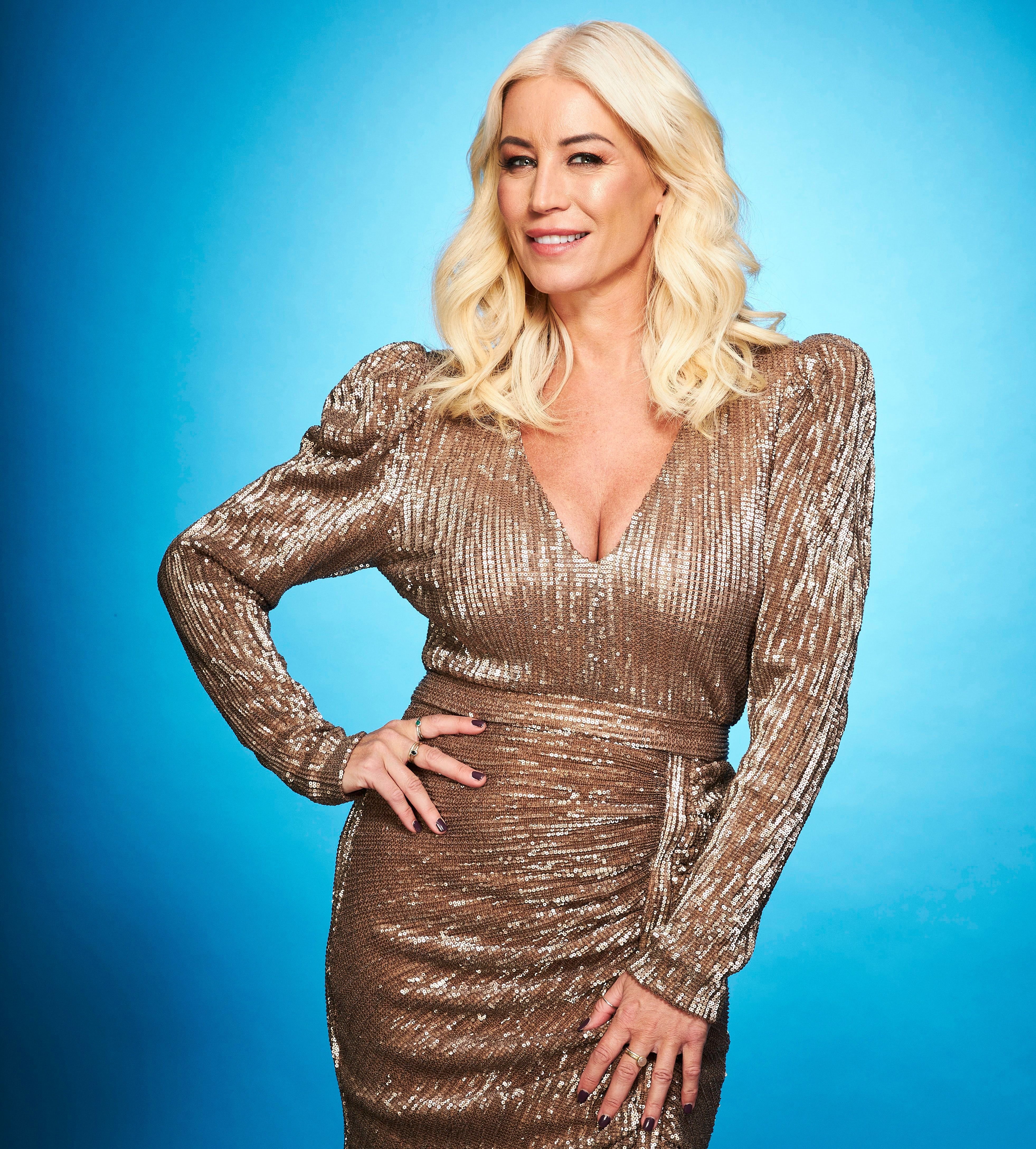 “I’ve never even skied in my life so when I stepped on to the ice at my first audition I genuinely couldn’t move.

“I was stood in the middle and had to get someone to manoeuvre me across the ice — so I’ve learned from scratch.

“For anyone out there who has ever stepped on ice they’ll know it’s not easy and I take my hat off to all of us who are taking part. It’s a big thing to take on.”