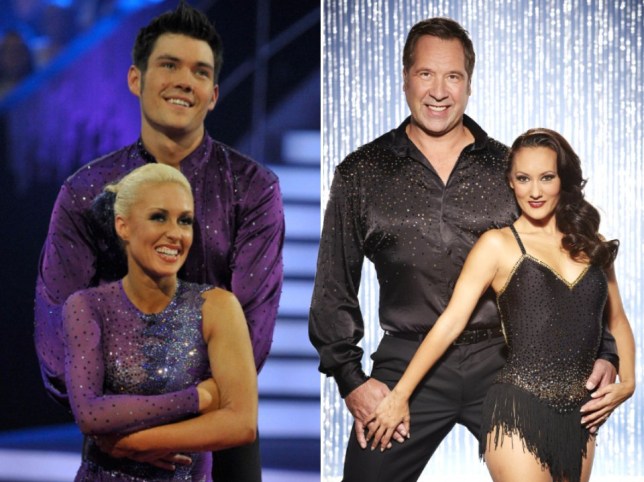 How many couples have met on Dancing on Ice? (Picture: Rex)

Everyone’s heard about the Strictly curse, but Dancing On Ice has seen its fair share of romances flourish behind the scenes too.

Plenty of celebrities have found love down the years, having first launched on ITV back in 2006.

Stars have fallen for one another backstage on many occasions, and even found love with stars coupled with other dancers.

Celebrities and skaters have enjoyed everything from short lived flings to happy marriages after leaving the competition, with some still together years after appearing on the programme.

But how many couples have met on the show? These are the stars that have fallen for each other on the programme down the years. 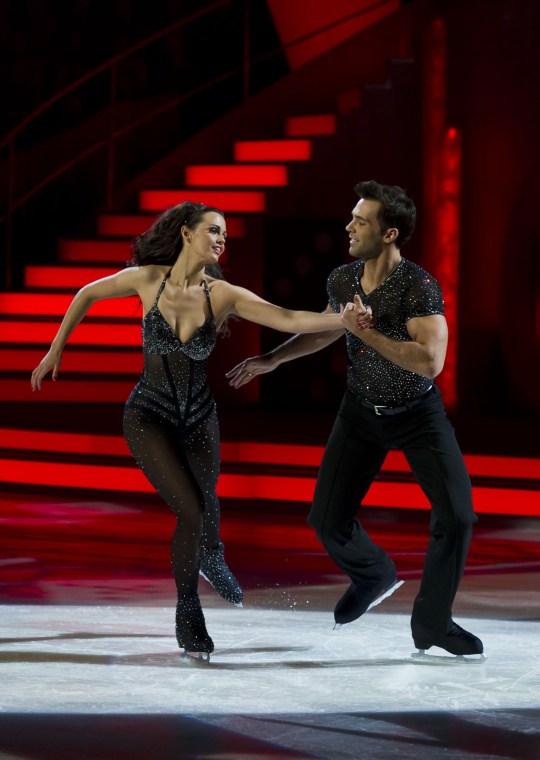 The first of professional skater Sylvain’s relationships with contestants came in 2011. The dancer fell for Hollyoaks actress Jennifer Metcalfe after pairing with her for the competition.

The pair were together for two years, before Sylvian ended their relationship on Christmas Day. Jennifer later told The Sun on Sunday that the moment left her heartbroken: ‘It’s like death. I felt gutted. It was the worst Christmas ever.’ 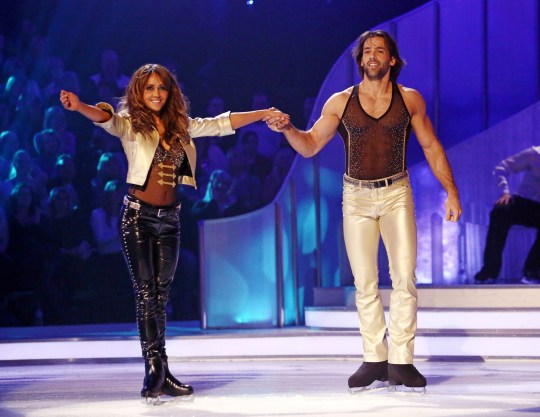 After ending his relationship with Jennifer, Frenchman Sylvian was coupled with Coronation Street’s Samia Ghadie on the show.

The pair began dating after her stint on the programme in 2013 and their relationship has continued to grow over the years. They’re now married and have a child together. 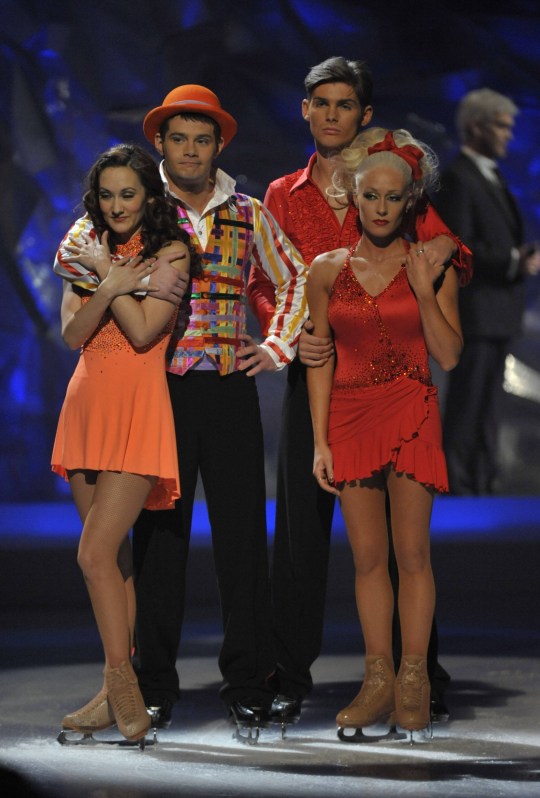 Danny Young (above left) got together with Brianne (Picture: Ken McKay/ITV/REX)

Canadian professional dancer Brianne Delcourt has had relationships with a number of her Dancing on Ice co-stars down the years. The first came during her debut in series five.

The skater got together with Frankie Poultney’s skating partner Danny Young. The pair moved in together, although their relationship came to an end after the live shows finished. 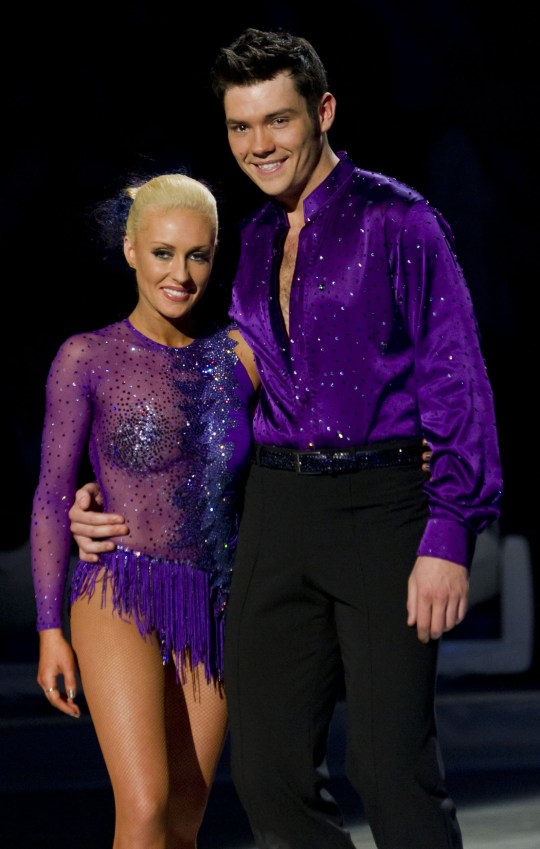 The controversial pair won the show in 2011 (Picture: Ken McKay/ITV/REX)

Brianne’s next romance is one of the most controversial in the show’s history. Brianne was partnered with EastEnders actor Sam Attwater on her second series and the pair soon announced that they’d fallen in love.

However, sequences showing them enjoying a Valentine’s day date together were cut after they were accused of engineering a romance to get more votes from the public.

Brianne and Sam went on to win the show, but fans were never quite convinced that the pair had been a real couple. The pair didn’t date after the show, and Sam is now married to Dancing on Ice professional Vicky Ogden. 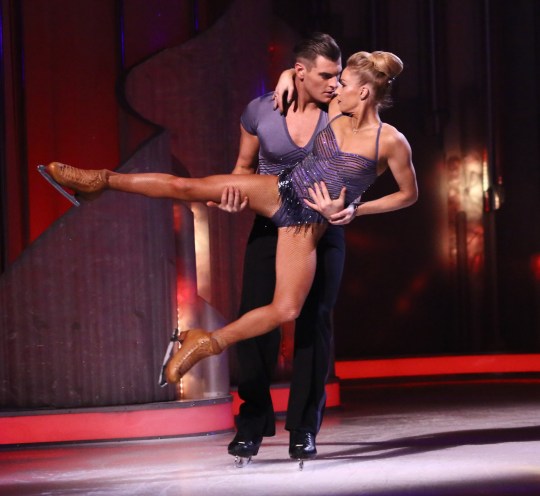 Matt was with co-star Shona McGarty when he went into the competition. They denied rumours of romance during their time on the show.

When the competition came to an end, Brianne and Matt announced they were an item. However, they insisted they had not got together until Matt became single.

The pair were together for two years. After the pair broke up in acrimonious circumstances, Brianne spoke to The Sun and said: ‘He pursued me behind Shona’s back. Lots of people warned me but I didn’t listen. I’ve stood by and lied for him about when we got together as I love 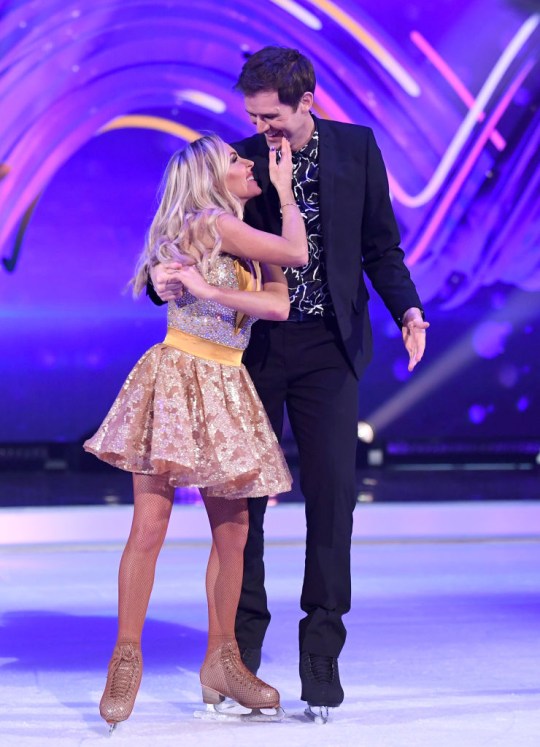 Brianne found love in the 2020 series after partnering with footballer Kevin Kilbane. After dancing together on the show and leaving in the fourth week, the pair confirmed they were dating in January.

A few weeks later Kevin proposed, and the pair are currently planning their wedding. Congrats guys! 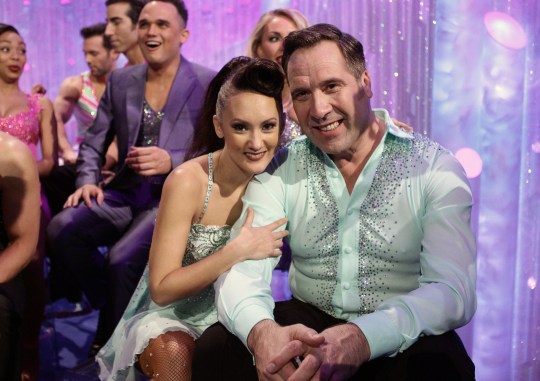 Frankie and David got together on the Dancing on Ice tour (Picture: Matt Frost/REX)

Wedding bells were also in the air for professional dancer Frankie Poultney and footballer David Seaman.

Despite not being paired together on the show, the former England goalkeeper and programme regular Frankie Poultney fell for one another after taking part in the live tour together in 2008. They began a relationship in 2009.

They were married in 2015 and their wedding was attended by Dancing On Ice stars including Jayne Torvill, Matt Evers and Vicky Ogden.

Dancing On Ice airs on Sundays at 6pm on ITV