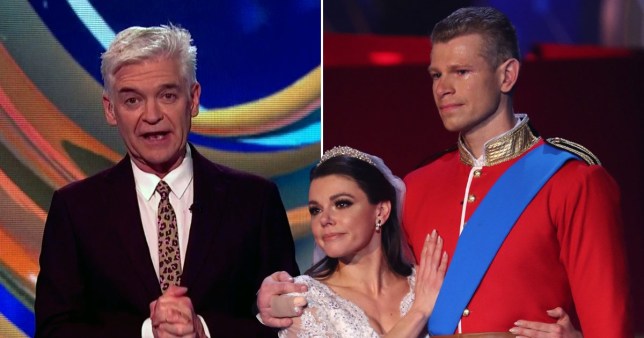 Faye and Hamish couldn’t hold back the tears when they received their critiques (Picture: Rex/ITV)

Dancing On Ice co-presenters Phillip Schofield and Holly Willoughby were not happy with the judges after Faye Brookes and her partner Hamish Gaman were left in tears over the comments they received for their routine.

They spun around the ice to Bruno Mars’ Marry You, Faye styled in a dress made to look like Kate’s wedding gown and Hamish in Prince Williams’ military ensemble.

While Faye and Hamish impressed viewers at home, some thought that they were given ‘harsh’ and ‘unfair’ marks and critiques from the judges, who gave them a score of 32 out of a possible 40.

Ashley Banjo told the couple: ‘You guys have got so much potential but for me, it’s not quite clicking yet,’ while John Barrowman said: ‘You are a better skater than this.’

Although Jayne Torvill and Christopher Dean were more complimentary of Faye and Hamish, Phillip described the judges as ‘mean’ for their feedback, while Holly said she felt ‘cross’ with them. 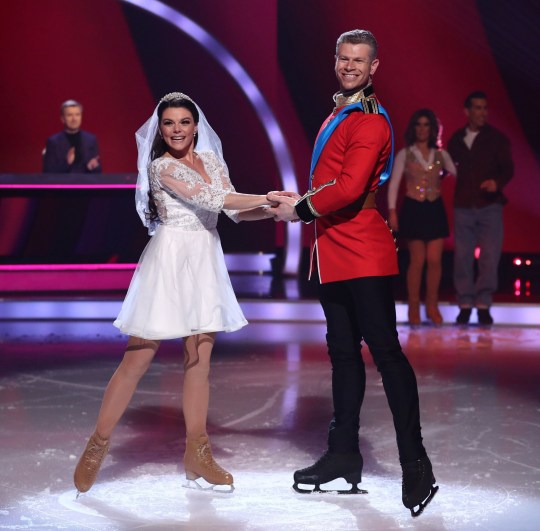 The pair paid homage to the royals on the show (Picture: Matt Frost/ITV/REX)

As both Faye and Hamish began crying, the actor said: ‘We’re trying, we’re doing our best. I will take on every single note that you give me and we’ll come back next week and smash it, hopefully! If we’re still here.’

After the pair skated off, Phillip turned to the judging panel and said: ‘Mean judges. Mean, mean, mean.’

Holly added: ‘I know, I’m a bit cross with you over there.’

However, John stuck by his comments, retorting back to Phillip and Holly that they were being ‘honest’. 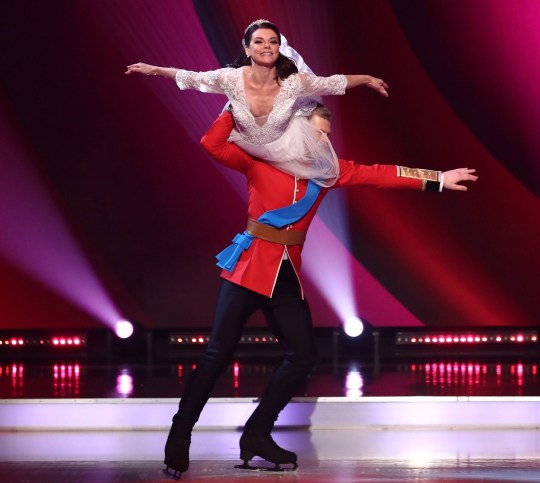 This move would have turned heads at the royal wedding (Picture: Matt Frost/ITV/REX)

Several Dancing On Ice viewers voiced their view that Faye and Hamish should have received a higher score.

‘Can’t believe how harsh the judges are on Faye and Hamish when they are hands down the best in the show,’ one person tweeted.

‘I loved @Faye_Brookes and @HamishGaman … they were great and the judges were very harsh on them. How dare they make the lovely Hamish cry,’ someone else remarked.

Another fan said that they ‘feel so bad for Faye and Hamish’ as ‘they are both incredible’.

‘Can see how the comment affected them both,’ they added.

Tonight’s show saw Rebekah Vardy take on the dreaded headbanger move, which she managed to pull off with her partner Andy Buchanan while performing a routine inspired by Ross and Rachel from Friends.

Jason Donovan was absent from tonight’s show after suffering from back pains, although he assured fans that he is planning on returning next week.

Emmerdale star Joe-Warren Plant recently announced that he was forced to leave the programme after testing positive for coronavirus.