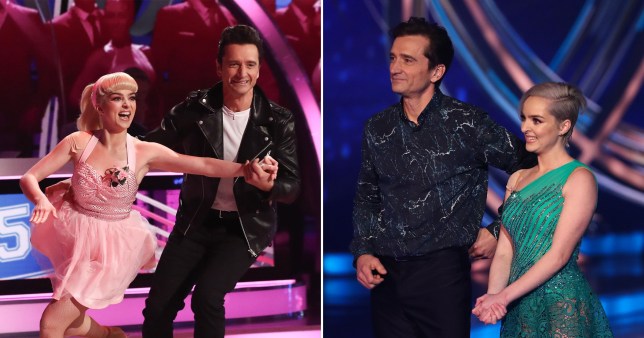 Graham Bell reportedly had a strop after being axed from Dancing on Ice (Picture: Matt Frost/ITV/REX)

Graham Bell reportedly ‘screamed’ at his dance partner and had the biggest strop in show history after being booted from Dancing on Ice last weekend.

Rebekah and Andy Buchanan performed a routine to My Life Would Suck Without You by Kelly Clarkson. Graham and Karina Manta meanwhile took to the ice to Many of Horror by Biffy Clyro.

The judges voted unanimously to save Rebekah after the dance-off.

According to reports, the pro skier blamed Katrina for losing in the skate-off.

‘It’s the worst sportsmanship in the history of the show. Everyone was stunned,’ a source began. 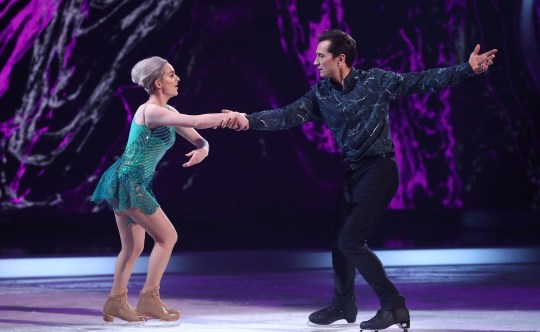 Graham is the second celebrity to be sent home (Picture: Matt Frost/ITV/REX)

‘Graham was screaming their routine was f*****g s**t at Karina. He did it in front of everyone.’

The source went on to explain that Graham blamed the skating pro for making their routine ‘simple and basic’.

‘He skated off the rink effing and jeffing. It wasn’t nice to see,’ they added to The Sun. 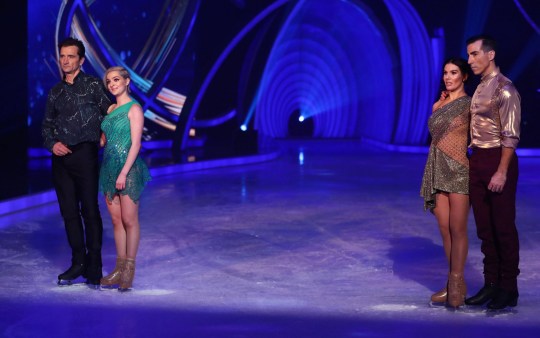 The judges decided to save Rebekah Vardy (Picture: Matt Frost/ITV/REX)

Graham is the second celeb to leave the show. In week one Myleene Klass was the first contestant to be voted off.

Speaking after his exit, host Holly Willoughby asked Graham: ‘I really feel that you weren’t ready to leave?’

‘I felt that we got a lot more,’ he replied. ‘You know, technical skating and good skating but, hey ho.

‘The worst thing is there’s great snow in the Alps and no one can get out there.’

Phillip Schofield chipped in: ‘At least now if it gets icy here you can skate.’

‘I’ll tell you what though,’ Graham interrupted. ‘The skating it does really work with skiing. I think I will use it in the future, I’m not going to quit skating.’

Turning to Katrina, Phillip asked whether she had enjoyed the experience as well.

To which she replied: ‘I really have and I’m really impressed with Graham. We haven’t been skating together for very long but he rolled with it and completely embraced the challenge.’

Metro.co.uk has reached out to ITV and Graham Bell’s rep for comment.

Dancing on Ice returns on Sunday at 6pm on ITV.