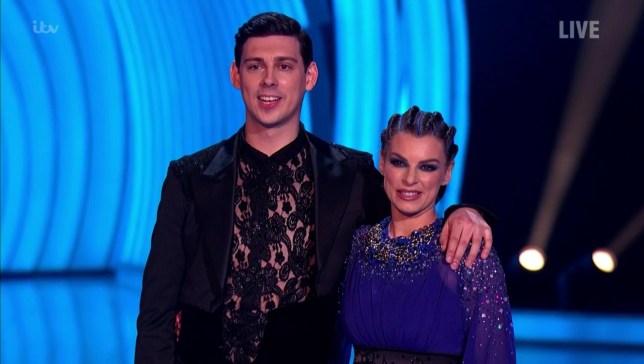 Matt Richardson described his partner Vicky Ogden as ‘phenomenal’ after their exit (Picture: 2021)

Several Dancing On Ice viewers have found Matt Richardson’s elimination from the competition ‘unfair’ after he took part in just one episode on the show.

Tonight, Matt became the latest celebrity to be voted out of Dancing On Ice 2021 by the judges after landing in the bottom two with Colin Jackson.

The comedian and TV presenter’s time on the ITV show was extremely brief, as he was brought in just this week as a stand-in for Rufus Hound.

Comedian and actor Rufus had to drop out of the running after testing positive for coronavirus, although he is due to return for ‘one last skate’ in the final.

Although Matt only joined the line-up this week, he has been in training since October, on the off chance that he was called in to replace one of the contestants.

Nonetheless, a number of people watching tonight’s programme believe that he should have been ‘exempt’ from his first public vote. 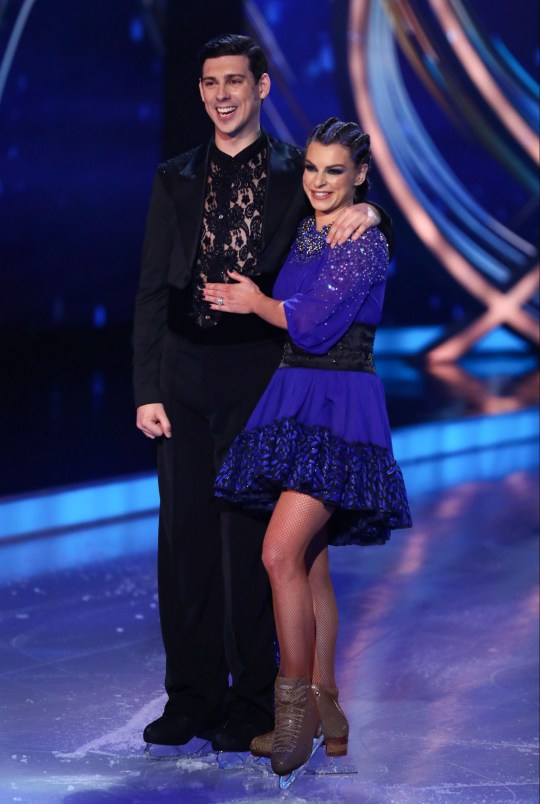 Matt and Vicky performed a Paso Doble on the ice (Picture: Matt Frost/ITV/REX)

‘Matt should have been given a bye this week. You’ve just brought someone in four weeks later and you’re expecting them to be as confident as the others. Sort your show out,’ one person tweeted.

‘Not very fair on Matt is it? Coming in late and then being judged against the skaters who have been there for weeks. He should’ve been given a weeks’ grace,’ another remarked.

Someone else said they found it ‘very unfair’, stating: ‘Matt should have been exempt this week and the dance off should have been between couples who had been in the show the same length of time.’

Another fan said they were ‘upset’ by the result, writing: ‘Give the man a chance.’

So upset Matt got voted off, he shouldâve been exempt from the skate off. Give the man a chance #DancingOnIce

matt should have been given a bye this week. youâve just brought someone in four weeks later and youâre expecting them to be as confident as the others. sort your show out #DancingOnIce

Not very fair on Matt is it? Coming in late and then being judged against the skaters who have been there for weeks. He shouldâve been given a weeksâ grace #DancingOnIce

After the judges voted unanimously to save Colin, Matt said he’d had an ‘amazing’ experience.

‘I’m quite relieved. This is the most horrifying, terrifying and fear-inducing thing I’ve ever done, so I don’t know if I could have done it for another week,’ he said.

‘The whole experience has been amazing,’ he added. ‘Vicky’s been phenomenal.’

Co-presenter Holly Willoughby said she found it ‘sad’ that Matt was leaving so early, ‘because I feel like we could have got so much more from you’.

Rapper Lady Leshurr, actor Faye Brookes and actor Joe-Warren Plant all topped the leaderboard this week with scores of 32.5 for their routines.

Next week, the celebrities and their professional skating partners will take part in a Valentine’s Day-themed show, with routines inspired by ‘famous love stories’.