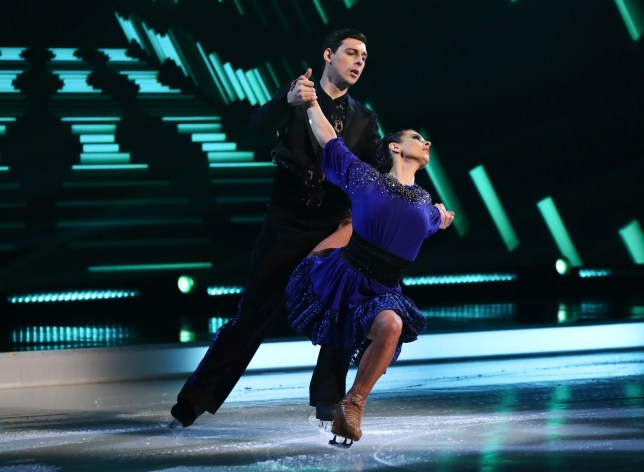 Matt and Vicky are out of the competition (Picture: Matt Frost/ITV/REX)

Matt Richardson has become the latest celebrity to be eliminated from Dancing On Ice 2021.

After landing in the bottom two with Colin Jackson and Klabera Komini, he and his partner Vicky Ogden were sent home from the competition after a vote by judges Jayne Torvill, Christopher Dean, John Barrowman and Ashley Banjo.

The star was evidently disappointed about failing to progress further in the series, having only appeared in one episode as a substitute for Rufus Hound.

Co-presenter Holly Willoughby said it was ‘sad’ that Matt was leaving so soon, ‘because I feel like we could have got so much more from you’.

Matt admitted that he was ‘quite relieved’ to be going home, although he had an ‘amazing’ experience.

‘I’m quite relieved. This is the most horrifying, terrifying and fear-inducing thing I’ve ever done, so I don’t know if I could have done it for another week,’ the comedian and TV presenter said.

‘The whole experience has been amazing,’ he added. ‘Vicky’s been phenomenal.’ 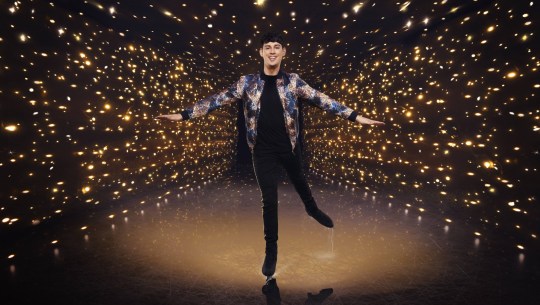 Matt’s time in the competition has sadly come to an early end (Picture: Matt Frost/ITV/REX)

For their first performance of the night, Matt and Vicky delivered a dramatic Paso Doble, before skating to 5 Seconds of Summer’s song Youngblood in the skate-off.

Before Matt, singer and presenter Myleene Klass was the first celebrity to be axed from Dancing On Ice, having taken part in the first skate-off of the series with rapper Lady Leshurr.

A week later, former Olympian Graham Bell was chosen by the judges to leave the show, with all four choosing to save Rebekah Vardy after watching their musicals-themed performances.

The latest series of Dancing On Ice has seen a variety of accidents and injuries, including Denise Van Outen experiencing the partial dislocation of her shoulder and professional skater Yebin Mok suffering a severely cut shin. 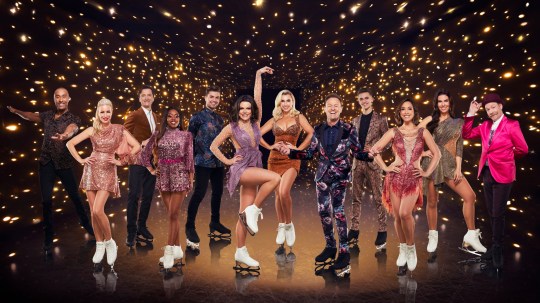 The cast of Dancing On Ice 2021 have experienced an array of injuries (Picture: ITV)

Reality star Billie Faiers was recently forced to quit the show after falling down and becoming concussed during training.

‘I am so so sad that our journey has come to an end after an accident in rehearsals on Friday causing me a head injury, forcing us out of the competition,’ Billie wrote on Instagram.

She thanked her partner Mark Henretty ‘for being so kind, supportive, patient, understanding, and thank you for being such a happy, positive person when I needed it the most’.

Comedian Rufus is set to return for ‘one last skate’ during the final after his exit.

Dancing On Ice 2021 returns next Sunday at 6pm on ITV.

I sold my car, TV & nan’s ring to send my lover cash only to discover he was a con artist posing as a US soldier